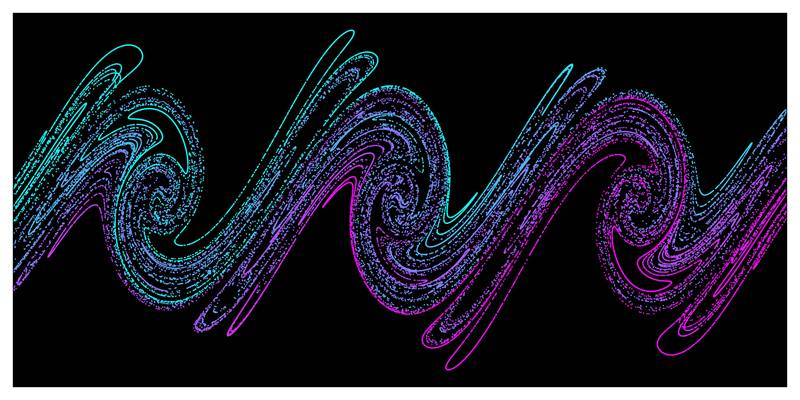 Better ways to react lasers with plasmas on solid targets could produce better data on ultrafast reactions involving molecules, atoms, and even subatomic particles. To learn how lasers and plasma react, scientists use special computer codes. However, those codes lack the accuracy to model ultra-high intensity lasers with matter. Now, a team built a 3D particle-in-cell (PIC) tool, called Warp+PXR, that enables cutting-edge simulations of laser/plasma coupling mechanisms that were previously out of reach. Knowing how these mechanisms work is vital for new ultra-compact particle accelerators and light sources. Such devices could solve long-standing challenges in medicine, industry, and basic science efficiently and cost effectively.

Warp+PXR dramatically improves the accuracy of the simulations compared to those typically used in plasma research. Now, researchers can simulate lasers’ interactions with plasma with much higher precision. With Warp+PXR, the team obtained data that would not have been accessible with standard approaches.

By giving researchers access to physical observables such as particle orbits and radiated fields that are hard to get in experiments at extremely small time and length scales, conventional PIC simulations have played a major role in understanding, modeling, and guiding high-intensity physics experiments. But a lack of PIC codes that have enough computational accuracy to model laser-matter interaction at ultra-high intensities has hindered the development of novel particle and light sources produced by this interaction. This challenge led researchers to develop their new simulation tool, dubbed Warp+PXR. The tool combines the widely used 3-D PIC code Warp with the high-performance library PICSAR.

In 2019, the first comprehensive study of the laser-plasma coupling mechanisms using Warp+PXR was published. That study combined state-of-the-art experimental measurements conducted on the UHI100 laser facility at CEA Saclay with cutting-edge 2-D and 3-D simulations run on the Cori supercomputer at the National Energy Research Scientific Computing Center and the Mira and Theta systems at the Argonne Leadership Computing Facility. These simulations enabled the team to better understand the coupling mechanisms between the ultra-intense laser light and the dense plasma it created, providing new insights into how to optimize ultra-compact particle and light sources.

Benchmarks with Warp+PXR showed that the code is scalable on up to 400,000 cores on Cori and 800,000 cores on Mira and can speed up the time to solution by as much as three orders of magnitude on problems related to ultra-high-intensity physics experiments. In addition, the 3-D simulations enabled the team to benchmark the accuracy brought by the new code against experiments.

The research leading to this work was funded by the European Research Council, the National Agency for Research, and LASERLAB-EUROPE. An award of computer time (PICSSAR-INCITE) was provided by the Innovative and Novel Computational Impact on Theory and Experiment (INCITE) program. This research used resources of the Argonne Leadership Computing Facility and the National Energy Research Scientific Computing Center, both Department of Energy Office of Science user facilities.