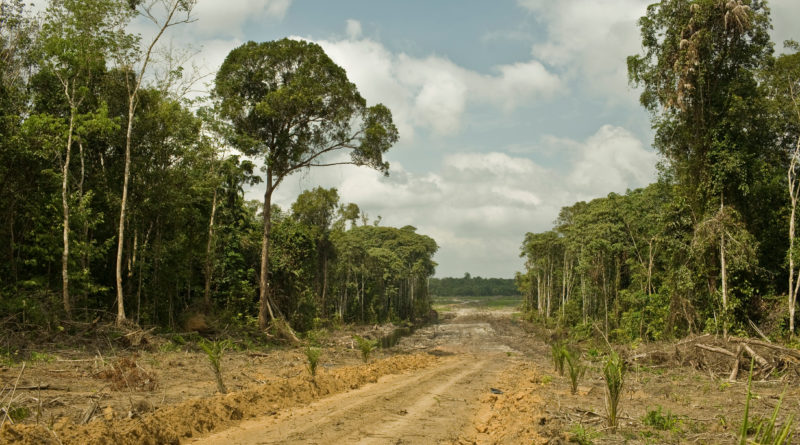 NEW YORK (EMBARGOED UNTIL WEDNESDAY, OCTOBER 30, 2019, 2:00 PM USET) – A new study in the journal Science Advances says that carbon impacts from the loss of intact tropical forests has been grossly underreported.

The study calculates new figures relating to intact tropical forest lost between 2000-2013 that show a staggering increase of 626 percent in the long-term net carbon impacts through 2050. The revised total equals two years’ worth of all global land-use change emissions.

The authors of the study, from WCS, University of Queensland, University of Oxford, Zoological Society of London, World Resources Institute, University of Maryland, and University of Northern British Columbia, found that direct clearance of intact tropical forests resulted in just 3.2 percent of gross carbon emissions from all deforestation across the pan-tropics. However, when they factored in full carbon accounting, which considers forgone carbon removals (carbon sequestration that would occur annually into the future if cleared or degraded forest had remained intact after year 2000), selective logging, edge effects and declines of carbon-dense tree species due to overhunting of seed-dispersing animals, they discovered that the figure skyrocketed by a factor of more than six times.

Said the study’s lead author Sean Maxwell of WCS and the University of Queensland: “Our results revealed that continued destruction of intact tropical forests is a ticking time bomb for carbon emissions. There is an urgent need to safeguard these landscapes because they play an indispensable role in stabilizing the climate.”

Notably, the Reducing Emissions from Deforestation and Forest Degradation (REDD+) approach enables developing countries to receive financial incentives for enhancing carbon stocks, or avoiding the loss of carbon that would otherwise be emitted due to land-use and land cover change. Among other activities, REDD+ covers support for conservation of forests not under immediate threat, and was formally adopted by parties to the United Nations Framework Convention on Climate Change in 2008 at the 14th Conference of the Parties in Poland. Since then, however, financial support and implementation has predominantly focused on areas with high historical rates of deforestation (i.e. ‘deforestation frontiers’). This is widely believed to deliver more immediate and more clearly demonstrable emission reductions than conserving intact forest areas. The latter tend to be treated as negligible sources of emissions as a result of the short timescales and conservative assumptions under which REDD+ operates – assumptions which the present study suggests are causing key opportunities to be missed.

Said WCS’s Tom Evans, a co-author of the study: “The relative value of retaining intact tropical forest areas increases if one takes a longer-term view and considers the likely state of the world’s forests by mid-century – a milestone date in the Paris Agreement. Agricultural expansion, logging, infrastructure and fires reduced the global extent of intact forests by 7.2 percent between 2000 and 2013 alone, yet the eventual carbon emissions locked in by these losses have not been comprehensively estimated.”

The authors go on to say that a comparable analysis is needed for intact forests outside of the tropics such as the boreal forests of Canada and Russia, given that approximately half to two-thirds of carbon removals on earth’s intact ecosystems occur outside the tropics. Without this global clean-up service, CO2 from human activities would accumulate in the atmosphere markedly faster than it does at present.

Said co-author James Watson of WCS and the University of Queensland: “Clearly, the climate mitigation potential of retaining intact forests is significant, but without proactive conservation action by national governments, supported by the global community, this potential will continue to dwindle.

At least 35 percent of the intact forests studied are home to, and protected by, Indigenous Peoples. Intact forests also provide exceptional levels of many other environmental services – for example they protect watersheds much better than degraded forests, return moisture to the air that falls in distant regions as rain, and help to keep vast numbers of species safe from extinction. When compared to forests that have been degraded by large-scale human activities, intact forests are more resistant to shocks such as fire and drought and usually less accessible to logging and agriculture conversion, making them one of our best conservation bets in the face of a rapidly changing climate.

This research is an output of the Forest for Life Partnership and also supports the Trillion Trees vision that by 2050 one trillion trees have been restored, saved from loss, and better protected around the world.

MISSION: WCS saves wildlife and wild places worldwide through science, conservation action, education, and inspiring people to value nature. To achieve our mission, WCS, based at the Bronx Zoo, harnesses the power of its Global Conservation Program in nearly 60 nations and in all the world’s oceans and its five wildlife parks in New York City, visited by 4 million people annually. WCS combines its expertise in the field, zoos, and aquarium to achieve its conservation mission. Visit: newsroom.wcs.org Follow: @WCSNewsroom. For more information: 347-840-1242.