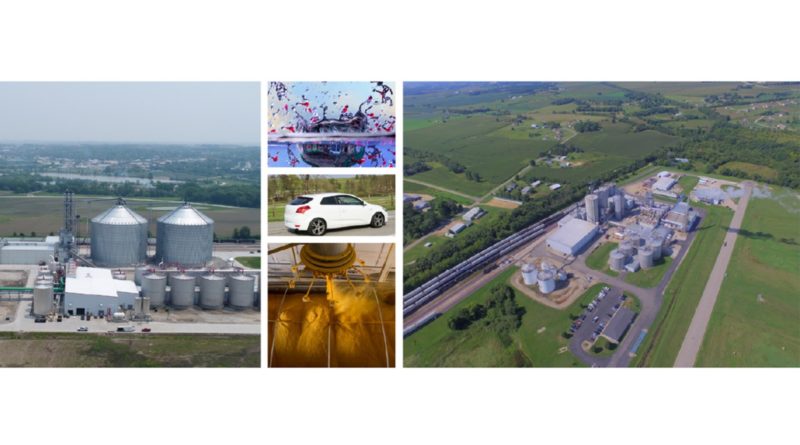 The nation’s biofuel producers have made significant gains in both energy efficiency and water conservation in recent years, according to a report released by the U.S Department of Energy’s (DOE) Argonne National Laboratory.

The findings were derived from a recent survey of commercial-scale dry-mill facilities spread throughout the country, including facilities producing fuels from both starch and cellulosic materials.

The comprehensive survey was the first of its kind of biofuel producers in the United States. It covered a range of topics, including plant capacity, feedstock, production volume, water usage and wastewater management — as well as fuel and electricity consumption.

Funded by DOE, Office of Energy Efficiency and Renewable Energy, Bioenergy Technologies Office, it showed that the biofuel industry has made marked efforts to conserve resources, diversify product portfolio, recycle and reuse water and improve productivity.

For example, according to survey responses, the amount of fresh water used in biofuel production decreased by 12 percent since 2011 and by 54 percent in the nearly two decades after 1998.

The survey also revealed that water and wastewater management is progressing toward zero liquid discharge (ZLD) through treatment processes designed to remove all the liquid waste from a system. Forty-two percent of facilities surveyed achieved ZLD by increasing plant water reuse and recycling.

Survey results showed that biofuel plants diversified their water sources by using alternatives such as power-plant cooling water and municipal reclaimed water, in addition to well water and city water.

“This study made the industry’s water footprint, water conservation, and recycle/reuse a major focal point,” said May Wu, principal environmental systems analyst at Argonne. “As the industry continues to grow and develop, it must constantly seek out new ways to boost efficiency while also prioritizing conservation. Our findings show that major biofuel producers are doing just that, which is great not only for productivity but for the planet as well.”

New methods and new facilities have brought about positive change, the survey found.

The move toward co-processing corn kernel fiber with grain to produce ethanol brought about a 2.5% increase in yield: In 2017, 2.88 gallons of denatured ethanol were produced from the starch and fiber of a bushel of grain, as compared to 2.81 gallons produced from starch alone.

The biofuel industry is key to the nation’s bioeconomy — an emerging part of the U.S. economy that relies on renewable biological resources to produce fuels, power, and bio-based products.

Sustainability remains a key goal in the Bioeconomy Initiative announced by multiple federal agencies to accelerate innovative technologies that harness the nation’s biomass resources for affordable biofuels, bioproducts, and biopower.

The research was supported by DOE’s Office of Energy Efficiency and Renewable Energy, Bioenergy Technologies Office.