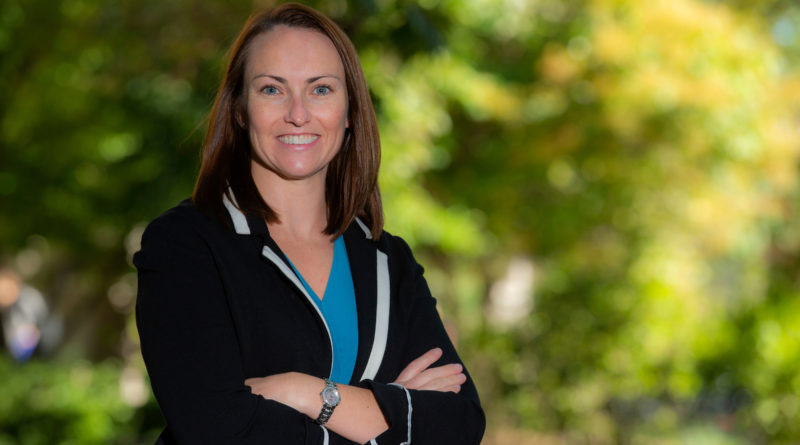 AMES, Iowa – Mothers are often their own toughest critics, but new research shows they judge other mothers just as harshly.

The results, published in the Journal of Family Communication, are concerning to Kelly Odenweller, lead author and assistant teaching professor of communication studies at Iowa State University. She says support networks are critical and negative experiences with other mothers may be detrimental to a mother’s overall well-being.

“It’s not unusual for moms to have low self-esteem or feel they’re not living up to the standards of what it means to be a mom,” Odenweller said. “If other moms treat them poorly, even when they’re trying to do a good job, they may feel they can’t turn to other people in their community for support. It can be very isolating and all that self-doubt can lead to anxiety and depression, which can negatively affect the entire family.”

The study builds on previous research, in which Odenweller identified seven different stereotypes of stay-at-home and working mothers (see below). She and co-authors at West Virginia and Chapman universities surveyed more than 500 mothers to learn more about their attitudes, emotions and even harmful behaviors toward mothers who fit one of the seven stereotypes.

According to the results, ideal and lazy mothers drew the most contempt from both working and stay-at-home mothers. The overworked stay-at-home mom also was near the top of the list. Odenweller says survey participants expressed negative feelings and admitted they would treat a lazy or ideal mother poorly, by excluding her, arguing with or verbally attacking her.

“Working moms juggle a lot and want more support for all mothers with careers. For them, it may be more of a social statement that women can be great at their careers and being moms,” Odenweller said.

Stereotypes may not be reality

The positive and negative responses varied depending on how mothers categorized themselves and the stereotypes they applied to other mothers. Odenweller says this was one of the more interesting findings because the way a mother treated another was based on her own perception of the other mother. For example, a working mom may feel envy or contempt toward an ideal, stay-at-home mom, but that mom may see herself differently.

“In some cases,” she said, “these are mothers who embody what our culture believes is a good mom and yet among mothers, they are treating each other very negatively.”

Odenweller says many of the stereotypes have developed from societal ideals applied to mothers. TV, movies and other types of media perpetuate these standards of what makes a good mom. This all adds to the pressures on mothers.

While mothers cannot control how they are judged, they can control the impression they make on other mothers. Odenweller says one way to do that is to establish common ground and shared interests. When you first meet another mother, it may be tempting to boast about the things you do for your kids or share pictures, but Odenweller recommends avoiding that temptation until you’ve built a relationship.

“Mothers should think of other mothers as an ally, not someone to compare themselves to,” she said.  “Try to avoid coming across like the best mom. Talk about things you have in common, things you both enjoy as mothers and do not feel like it’s necessary to be better than her.”

The following apply to both stay-at-home and working mothers, with the exception of lazy

Overworked: Wants to do it all, but is overextended and it shows

Ideal: Juggling several responsibilities, but gets it done and doesn’t appear stressed

Hardworking, balanced: Not an ideal mom, but ambitious, dedicated

Non-traditional: Modern, liberal progressive – makes choices that are good for herself and family, whether at home or work

Traditional: Embodies the roles expected of a woman, believes her main purpose is to raise children and maintain the household

Lazy: Not nurturing, attentive or hardworking – applies only to stay-at-home moms