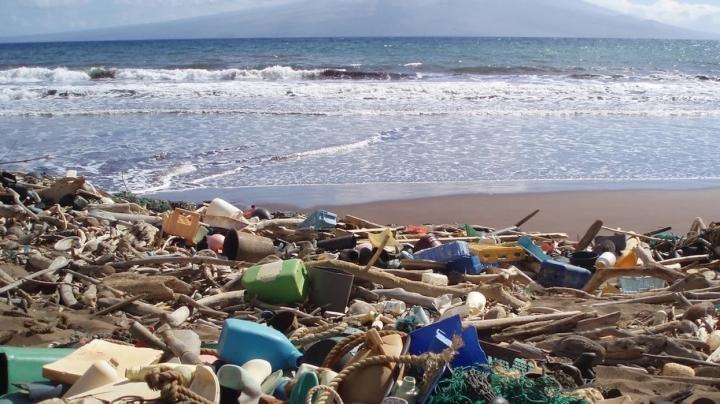 That is the question that Prof. Alan Deidun, resident academic within the Department of Geosciences of the Faculty of Science, along with a cohort of high-profile co-authors, posed within a study recently published in the Microplastics and Nanoplastics journal. Specifically, the study overviews a plethora of marine litter monitoring survey data available for different regions of the world ocean, as well as modelling data, in order to answer this compelling question.

The study, whose lead author is renowned litter researcher Dr Francois Galgani from IFREMER, concludes that, despite the well-known increase in the volume of plastics making their way to the marine domain from land, most studies indicate constant amounts of litter in coastal marine systems in recent years until 2019. For instance, collections of marine litter by Continuous Plankton Recorders showed relatively unchanged amounts trapped annually in the North East Atlantic since the year 2000, following a steady increase since the 1950s. For some components of marine litter, such as industrial pellets, policy-making seems to be effective given that measures taken to reduce their use in industrial practices seem to have translated into smaller volumes of this component being detected within the marine domain.

Although a prima facie a surprising find, this ‘steady state’ scenario could be indicative of:

a transfer of plastic litter to remote areas of the global ocean, where human monitoring programmes are non-existent or subdued, such that the same litter does not feature in statistics and/or

the degradation into smaller fragments (micro- and nanoplastics) of the same litter which can go undetected due to its small size (e.g. fibres within microplastic nets) or since they are within marine biota.

The published study emanated from Chapter 12 of the UN’s Second World Ocean Assessment, which is imminently set to be released by the UN in the coming months. Prof. Deidun features as a co-author within two different chapters in such an Assessment, including the ones on marine alien species and on benthic invertebrates. The same study concludes by soliciting, within the current UN Decade for Ocean Sciences, a greater research effort to be invested in identifying the sources of the marine litter as well as in the degradation pathways for different components of the same litter, as otherwise our capacity to identify temporal trends in marine litter will not progress further.

Statistics related to marine plastic litter make for sobering reading. For instance, according to the Ocean Conservancy, an estimated 8 million tons of plastic enter seas worldwide each year, on top of the 150 million plastic tons already roaming the same seas. A staggering 380 million tons of plastic are produced annually, of which an estimated 50% is Single-Use Plastic (SUP), including the 500 billion plastic bags sold worldwide each year and which, on average, have a lifetime of just 15 minutes.

The full publication can be accessed online.