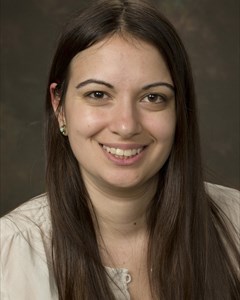 Orlando, FL  — Identifying the type of pain an adult with sickle cell disease (SCD) experiences may be useful in improving treatment, according to a new study by researchers at Yale Cancer Center (YCC) and Smilow Cancer Hospital. The findings are to be presented Saturday, December 7, 2019 at the 61st American Society of Hematology (ASH) meeting in Orlando, Florida. The annual conference is attended by an international audience of more than 25,000 hematology professionals.

More than half of adults with SCD develop chronic pain, which is associated with higher levels of opioid use, worse clinical outcomes, and decreased quality of life. Previously, it was thought that their pain was only nociceptive pain, or pain caused by tissue damage or inflammation, but recent studies have found that people with SCD can also have neuropathic pain, or pain due to dysfunctional peripheral or central nerves.

The YCC study used validated patient reported outcome measures to distinguish types of pain in adults with SCD and found that of patients with SCD who reported worse than average pain impact in the past 7 days, 56% had neuropathic pain and 44% did not. This suggested to researchers that baseline pain in SCD is heterogenous and may be attributed to different pathologies, some to tissue damage or inflammation, and some to neurodysfunction.

“The goal of these findings is to help guide future research attempting to better target therapy choices for SCD,” said Susanna Curtis, M.D., a postdoctoral fellow at YCC and first author on the study. “Now that we have multiple approved therapies for this disease, we need more information to better guide therapy selection.” Curtis added that showing that pain in sickle cell disease is heterogenous, and that different pain types are associated with different clinical outcomes, will help in this effort.

Yale Cancer Center (YCC) is one of only 51 National Cancer Institute (NCI-designated comprehensive cancer) centers in the nation and the only such center in southern New England. Comprehensive cancer centers play a vital role in the advancement of the NCI’s goal of reducing morbidity and mortality from cancer through scientific research, cancer prevention, and innovative cancer treatment.