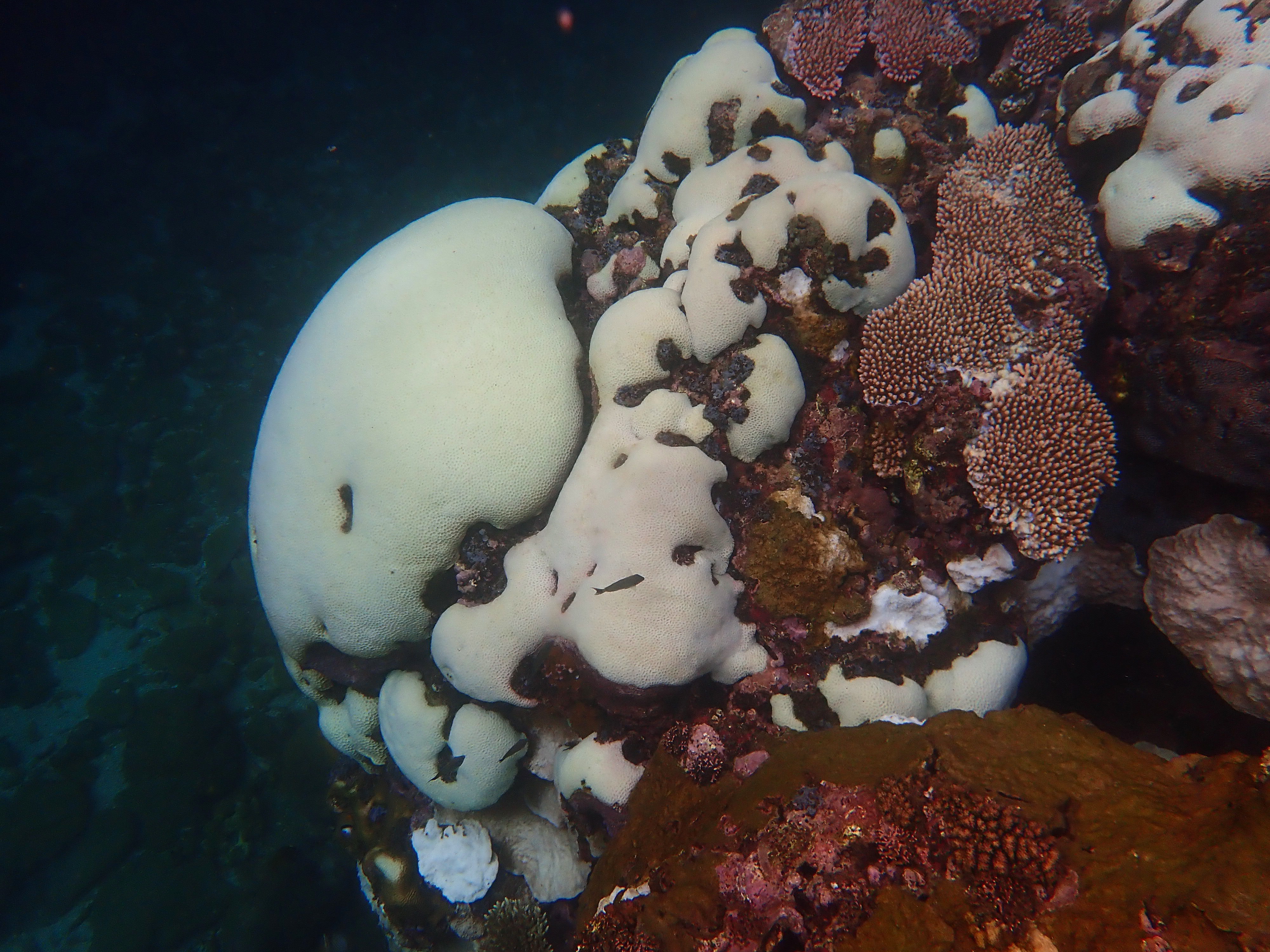 Solomon Islands, March 5, 2021 – Scientists have identified a widespread coral bleaching event on shallow, inshore reefs that had been previously thought to be less reactive to climate stress. Impacted reefs were observed during a recent WCS underwater monitoring expedition around Marovo Lagoon, including the Zaira Resource Management Area on the western coast of Vangunu Island, and New Georgia Island in Western Province, Solomon Islands.

The bleaching event was first reported to WCS in late January 2021 by community rangers from Zaira, with whom WCS staff have long collaborated to collect ecosystem data to help keep tabs on the health of the region’s coral reefs. Field scientists had recently begun to notice similar bleaching patterns at a smattering of other project sites, and quickly organized a trip to Zaira in February to undertake reef monitoring surveys led by the community rangers at sites within their Locally-Managed Marine Area.

Prior surveys led by WCS in 2016 in nearby areas during the global El Nino-Southern Oscillation event indicated that the reefs around Kolombangara Island in Western Province were relatively robust in the face of the thermal anomalies that caused widespread mass coral bleaching in other parts of the Indo-Pacific. Footage gathered from the reefs show that this year the Solomon Island corals appear to be responding to heat stress as water temperatures have been recorded as high as 30 degrees Celsius, even down as far as 25 meters in depth.

“It is particularly concerning that very healthy and robust coral reefs in Solomon Islands, believed to be bright spots in terms of reacting to climate stress, are now showing signs of being affected. This puts more urgency on global leaders going into the United Nations Climate Conference in Glasgow this year to secure their commitments to reduce emissions to limit global temperature rise,” says Stacy Jupiter, WCS Melanesia Regional Director.

WCS (Wildlife Conservation Society) MISSION: WCS saves wildlife and wild places worldwide through science, conservation action, education, and inspiring people to value nature. To achieve our mission, WCS harnesses the power of its Global Conservation Program in nearly 60 nations and in all the world’s oceans and its five wildlife parks in New York City.

For more than 70 years WCS has been underwater studying coral reefs. Today there is a global crisis for coral reefs facing pressures from climate change, pollution, unsustainable tourism, and destructive fishing. From Kenya to Belize, Mozambique to Cuba, WCS is conserving reef biodiversity hotspots and supporting communities who depend on reefs to survive. We currently work across 16 countries to protect coral reefs and ensure that they can continue to provide for the people and species that rely on them. Visit: newsroom.wcs.org Follow: @WCSNewsroom.