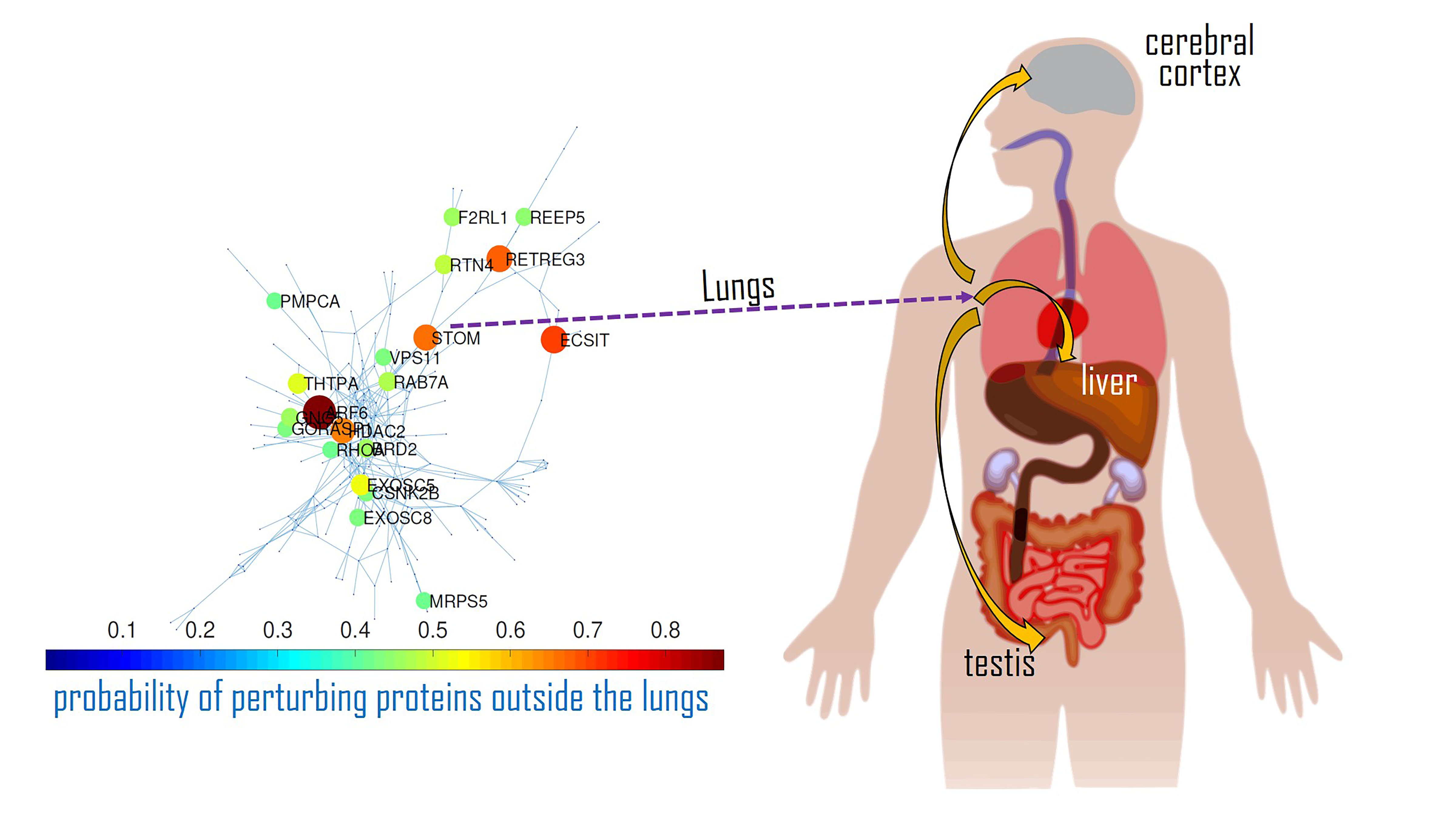 WASHINGTON, August 11, 2020 — In severe cases of COVID-19, damage can spread beyond the lungs and into other organs, such as the heart, liver, kidney and parts of the neurological system. Beyond these specific sets of organs, however, the virus seems to lack impact.

Ernesto Estrada, from the University of Zaragoza and Agencia Aragonesa para la Investigación Foundation in Spain, aimed to uncover an explanation as to how it is possible for these damages to propagate selectively rather than affecting the entire body. He discusses his findings in the journal Chaos, from AIP Publishing.

In order to enter human cells, the coronavirus relies on interactions with an abundant protein called angiotensin-converting enzyme 2.

“This receptor is ubiquitous in most human organs, such that if the virus is circulating in the body, it can also enter into other organs and affect them,” Estrada said. “However, the virus affects some organs selectively and not all, as expected from these potential mechanisms.”

Once inside a human cell, the virus’s proteins interact with those in the body, allowing for its effects to cultivate. COVID-19 damages only a subset of organs, signaling to Estrada that there must be a different pathway for its transmission. To uncover a plausible route, he considered the displacements of proteins prevalent in the lungs and how they interact with proteins in other organs.

“For two proteins to find each other and form an interaction complex, they need to move inside the cell in a subdiffusive way,” Estrada said.

He described this subdiffusive motion as resembling a drunkard walking on a crowded street. The crowd presents obstacles to the drunkard, stunting displacement and making it difficult to reach the destination.

Similarly, proteins in a cell face several crowded obstacles they must overcome in order to interact. Adding to the complexity of the process, some proteins exist within the same cell or organ, but others do not.

Taking these into account, Estrada developed a mathematical model that allowed him to find a group of 59 proteins within the lungs that act as the primary activators affecting other human organs. A chain of interactions, beginning with this set, triggers changes in proteins down the line, ultimately impacting their health.

“Targeting some of these proteins in the lungs with existing drugs will prevent the perturbation of the proteins expressed in organs other than the lungs, avoiding multiorgan failure, which, in many cases, conduces the death of the patient,” Estrada said.

How the affected proteins travel between organs remains an open question that Estrada is dedicating for future studies.

NASA Model Describes Nearby Star Which Resembles Ours in Its Youth