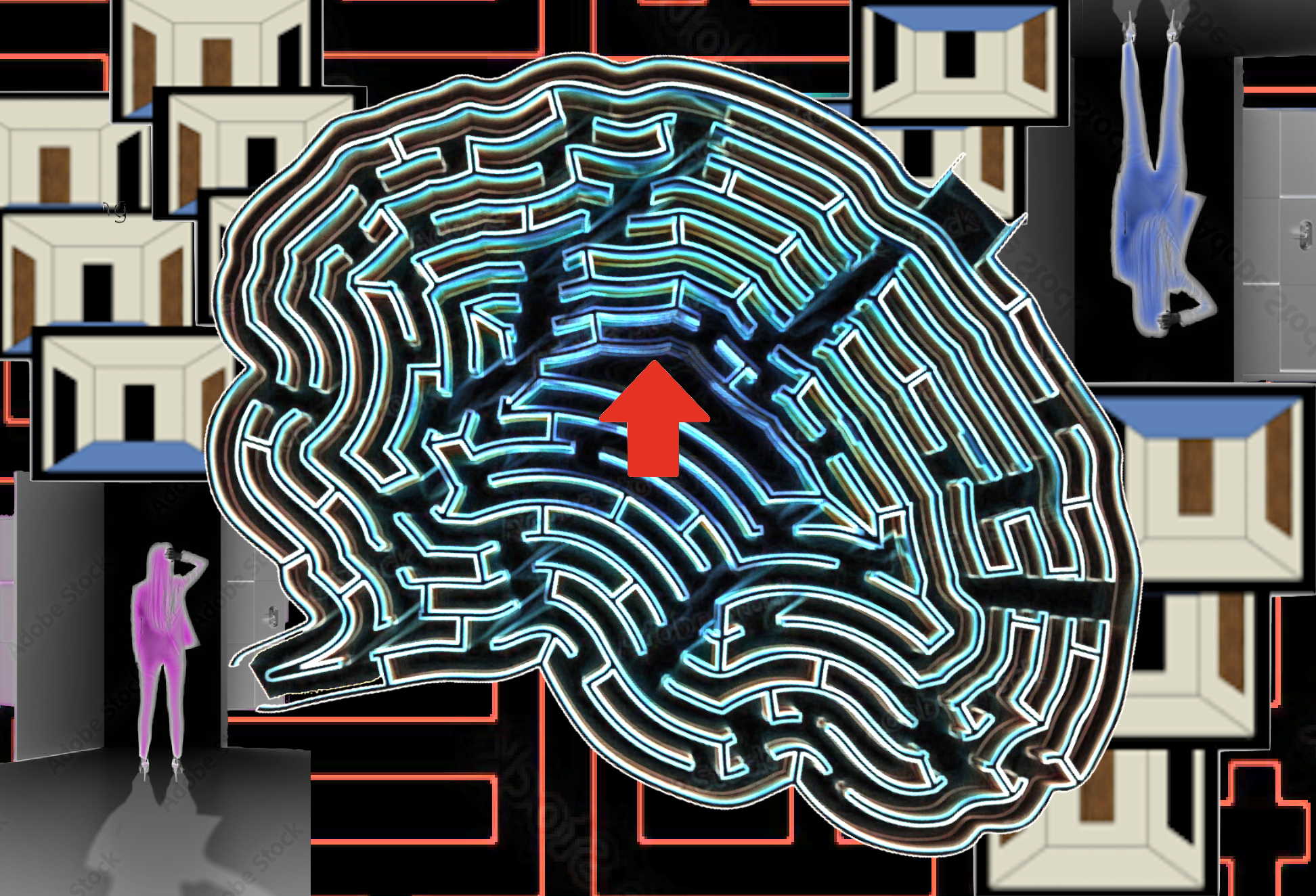 Kyoto, Japan — Imagine a future where your hometown gets destroyed by some calamity. In the aftermath, how easily could you locate your home after your neighborhood has been transformed into a giant maze of rubble, leaving only minimal landmarks?

Now researchers at Kyoto University have used partial-observation mazes in virtual reality to find that they can decode from brain activity the subjects’ abilities to predict their positions and scenes within the maze, as well as the degree of confidence in their predictions

“An AI model based on human brain activity shows that the decoding accuracy of the scene prediction is dependent on the confidence level of the subject’s ability to predict,” says lead author Risa Katayama.

In the hypothetical apocalyptic scenario, the subject navigates through a sequence of scenes by comparing each scene prediction with the observed scene, thereby confirming or updating the preceding VR.

The team investigated whether AI can decode the neuronal representations of every VR experienced by the subjects, and perhaps more intriguingly, whether associated self-confidence levels affect how the predictions can be reproduced.

Brain activity was measured via functional magnetic resonance imaging, or fMRI, while subjects were engaged in a VR maze game. Despite having no knowledge of the final destination, subjects appeared to be able to use their predictions and map memory to help estimate their positions in the maze and choose the right way to proceed.

“Our results suggest that when prediction confidence is high, subjects are able to imagine the scene clearly and predict quickly,” notes the author.

This study may have broad implications in the growing field of metaverse research. While scene prediction here was based on door arrangements in a maze, it may lead to the development of brain-machine interfaces as communication tools utilizing a variety of rich environments.

“Scene prediction can be generalized and lead to new applications such as control methods connecting human brains and AI for aerial and land vehicles,” adds Katayama.

The author concludes, “We believe the intersection of the human mind and AI has interdisciplinary significance for further elucidation of the source of our self-consciousness.”

The paper “Confidence modulates the decodability of scene prediction during partially-observable maze exploration in humans” appeared on 19 April 2022 in Communications Biology, with doi: 10.1038/s42003-022-03314-y

Kyoto University is one of Japan and Asia’s premier research institutions, founded in 1897 and responsible for producing numerous Nobel laureates and winners of other prestigious international prizes. A broad curriculum across the arts and sciences at both undergraduate and graduate levels is complemented by numerous research centers, as well as facilities and offices around Japan and the world. For more information please see: http://www.kyoto-u.ac.jp/en