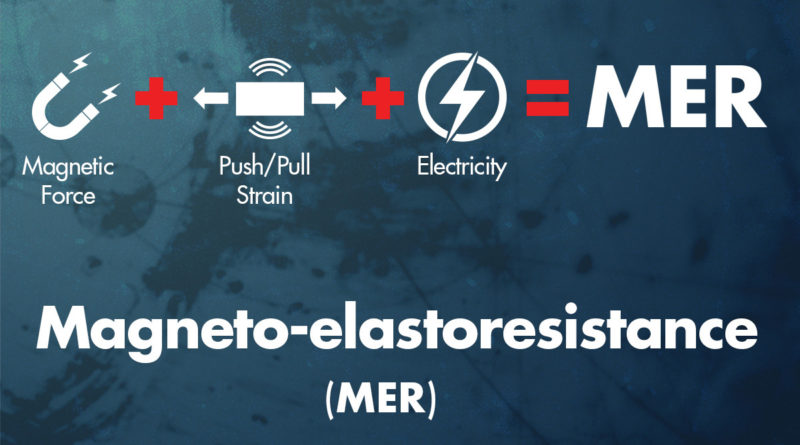 Experimental physicists have combined several measurements of quantum materials into one in their ongoing quest to learn more about manipulating and controlling the behavior of them for possible applications. They even coined a term for it– Magneto-elastoresistance, or MER.

Scientists in condensed matter physics at the U.S. Department of Energy’s Ames Laboratory have a long history of investigating “weird” materials, according to Paul Canfield, Ames Lab physicist, Distinguished Professor and the Robert Allen Wright Professor of Physics and Astronomy at Iowa State University.

“Weird” in this case means metallic and semi-metallic compounds that have magnetic, superconducting, or other properties that might be useful in tech applications such as quantum computing. To force those compounds to reveal their secrets, however, experimentalists must poke, prod, and measure the materials to see how and how much they react.

Canfield and his fellow researchers systematically studied WTe2, a semi-metal, by exposing it to electric current, magnetic field, and strain from pushing and pulling. The measurements of resistance under a combination of external magnetic field and strain– was something that had not been studied in any systematic matter before.

They found that the material reacted with large changes in elastoresistance and that it was further controllable by magnetic field, especially at low temperatures.

By pairing experimental findings with density functional theory and modeling, “we were able to demonstrate that MER is tied to the redistribution of carriers from different bands (i.e. heavy hole band, light hole and electron band)” said Na Hyun Jo, a postdoctoral research associate at Ames Laboratory. “This means engineering WTe2 and others like it is possible for future applications.”

Scientist Sergey Bud’ko was gratified by the outcome of the experiment, showing a large effect in MER, proving to the larger scientific community that it’s a worthy way of looking for similar effects in similar materials and learning how or when they will occur. “While we have investigated a number of these materials with large magnetoresistance over the decades, we are only just beginning to get a sense of why some materials demonstrate it and not others; here we open the door to a clearer theoretical explanation of their properties.”

The research is further discussed in the paper, “Magneto-elastoresistance in WTe2: exploring electronic structure and extremely large magnetoresistance under strain,” authored by Na Hyun Jo, Lin-Lin Wang, Peter P. Orth, Sergey L. Bud’ko and Paul C. Canfield; and published in the Proceedings of the National Academy of Sciences.

Ames Laboratory is supported by the Office of Science of the U.S. Department of Energy. The Office of Science is the single largest supporter of basic research in the physical sciences in the United States, and is working to address some of the most pressing challenges of our time. For more information, please visit https://energy.gov/science.