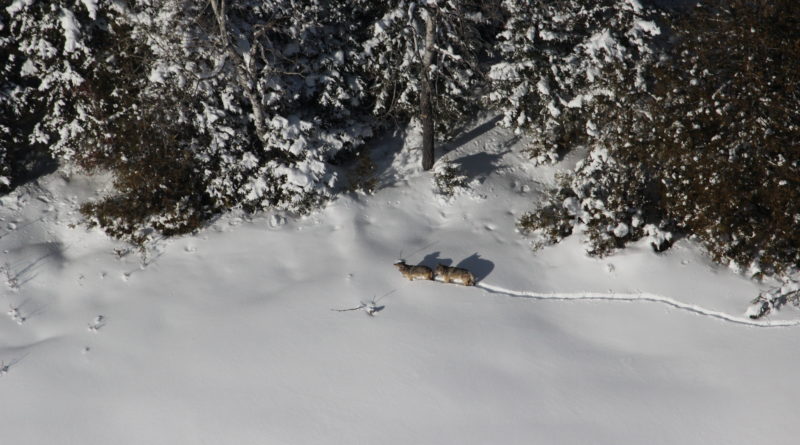 Lions and leopards are endangered species. Robins and raccoons clearly are not. The distinction seems simple until one ponders a question such as: How many lions would there have to be and how many of their former haunts would they have to inhabit before we’d agree they are no longer endangered?

The query “What is an endangered species?” is quickly transformed into a far tougher question: How much loss should a species endure before we agree that the species deserves special protections and concerted effort for its betterment? My colleagues and I put a very similar question to nearly 1,000 (representatively sampled) Americans after giving them the information in the previous paragraph. The results, “What is an endangered species?: judgments about acceptable risk,” are published today in Environmental Research Letters.

These attitudes of the American public are aligned with the language of the U.S. Endangered Species Act — the law for preventing species endangerment in the U.S. That law defines an endangered species as one that is “in danger of extinction throughout all or a significant portion of its range.”

Government decision-makers have tended to agree with the scientists they consult in judging what counts as acceptable risk and loss. These scientists express the trigger point for endangerment in very different terms. They tend to say a species is endangered if its risk of total and complete extinction exceeds 5% over 100 years.

One possibility is that experts and decision-makers are more accepting of the risks and losses because they believe greater protection would be impossibly expensive. If so, the American public may be getting it right, not the experts and decision-makers. Why? Because the law allows for two separate judgements. The first judgement is, is the species endangered and therefore deserving of protection? The second judgment is, can the American people afford that protection? Keeping those judgements separate is vital because making a case that more funding and effort is required to solve the biodiversity crisis is not helped by experts and decision-makers when they grossly understate the problem — as they do when they judge endangerment to entail such extraordinarily high levels of risk and loss.

Another possible explanation for the judgments of experts and decision-makers was uncovered in an earlier paper led by Jeremy Bruskotter of Ohio State University (also a collaborator on this paper). They showed that experts tended to offer judgments about grizzly bear endangerment — based not so much their own independent expert judgement — but on basis of what they think (rightly or wrongly) their peers’ judgement would be.

Regardless of the explanation, a good answer to the question, “What an endangered species?” is an inescapable synthesis of facts and values. Experts on endangered species have a better handle on the facts than the general public. However, there is cause for concern when decision-makers do not reflect the broadly held values of their constituents. An important possible explanation for this discrepancy in values is the influence of special interests on decision-makers and experts charged with caring for biodiversity.