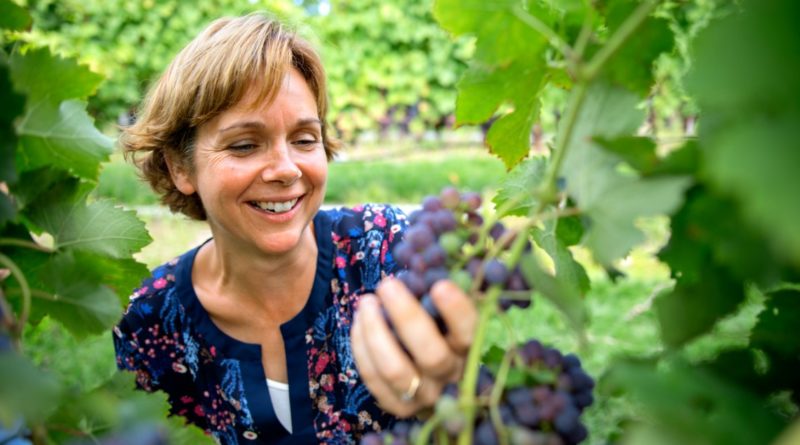 ITHACA, N.Y. – For grape growers, accurately predicting each season’s yield is key to a successful harvest. Underpredict, and you won’t have enough labor on hand or you’ll run out of storage space; overpredict, and you could fall through on promises to your distributors.

Other researchers have used sophisticated and expensive cameras to predict grape yield late in the season, Petersen said. This method works well in areas with smaller vines and limited foliage, like Napa Valley, California, but it’s less effective in areas like New York state, with its heavy rainfall and vigorous vegetative growth that can block a camera’s view of grape clusters.

However, with their combined expertise in plant growth and machine learning, the researchers realized that they could predict yield very early in the season, when the flower clusters first emerge.

“There’s a specific cohesion about how the leaves grow and where the clusters appear,” Petersen said. “Before berries even form, we can go out and do this with something as simple as a smartphone and a flashlight, which is incredible.”

Their method gives growers more time to plan and is more affordable than existing technologies.

In another project, Vanden Heuvel and Petersen are collaborating with Amit Lal, professor of electrical and computer engineering, to develop soft robots armed with high-resolution sensors. These sensors perform ultrasounds on the growing grapes that can detect things like differences in sugar content, berry firmness and fungal spores such as dreaded pathogens downy mildew and powdery mildew.

Petersen and Vanden Heuvel’s project is a perfect example of what the Cornell Initiative for Digital Agriculture (CIDA) wants to accomplish, said Tim Vanini, managing director of CIDA. After their initial work, the team was able to apply for and receive a $1.19 million grant from the National Institute of Food and Agriculture to keep developing their ideas and eventually test them in working vineyards.