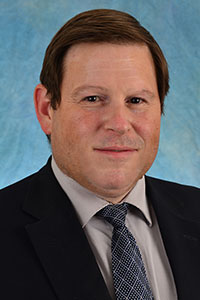 CHICAGO (May 14, 2020) — Heart and lung surgeons are fully aware of the difficulties that exist in the intensely demanding and competitive specialty of cardiothoracic surgery; even still, they report being extremely satisfied with their jobs—more so than ever before, according to a survey published online today in The Annals of Thoracic Surgery.

“Despite numerous external pressures, the practice of cardiothoracic surgery remains strong,” said John S. Ikonomidis, MD, PhD, from the University of North Carolina at Chapel Hill. “It is a vibrant and multidimensional specialty that continues to be practiced at a very high level by an outstanding group of caring, hard-working, and highly intelligent individuals.”

Administered by The Society of Thoracic Surgeons approximately every 5 years since the early 1970s, the cardiothoracic surgery workforce survey helps establish a current, detailed profile of the specialty, including surgical practice trends and attitudes in the United States. For the most recent survey, 70 questions were shared with 3,834 members; 1,069 surgeons participated, resulting in a 27.9% response rate.

Cardiothoracic surgery has existed for more than 100 years, and throughout that time, extraordinary progress and remarkable achievements have occurred in every aspect of the specialty. Few career paths offer the same personal and professional satisfaction as that of a cardiothoracic surgeon, according to Dr. Ikonomidis. This is where “medicine best embodies the interface between humanity and science,” he said, making cardiothoracic surgery “one of the most rewarding specialties to choose.”

The survey results show that an increasing number of cardiothoracic surgeons agree, with 83.1% reporting that they are either satisfied, very satisfied, or extremely satisfied with their current career, compared with 72.8% in 2014.

“Cardiothoracic surgery remains an exciting and stimulating career considering the scope of standard surgical procedures performed and new developing technologies, which are exponentially expanding,” said Kevin D. Accola, MD, from AdventHealth Medical Group in Orlando, FL. “I believe the overall rise in surgeon satisfaction can be partially attributed to these new technologies and procedures, as well as the ability to attract students and young surgeons into our specialty.”

In addition, half of practicing surgeons would recommend that their children or grandchildren pursue a career in cardiothoracic surgery, while only 47.5% and 37.1% reported feeling that way in 2014 and 2009, respectively. Some surgeons are even postponing retirement because they have a “high level of career satisfaction.”

“When a surgeon heals a patient through a carefully thought-out and expertly performed procedure followed by compassionate and comprehensive postoperative care, a deeply satisfied feeling ensues, which never dulls with time or age,” said Dr. Ikonomidis. The two leading causes of death in the US are heart disease and lung cancer, and the most common birth defect is a congenital cardiac anomaly—all diseases treated by cardiothoracic surgeons. This puts the specialty in a position to have the greatest impact in terms of the number of people affected.

Also important, patients are living longer, with life expectancy more than doubling during the past century. A separate study showed that the anticipated cardiothoracic surgery case load will increase from approximately 530,000 cases in 2010 to more than 850,000 cases by 2035, translating into a 121% increase in case load per surgeon. As a result, the demand for cardiothoracic surgery is not expected to decrease any time soon.

“Cardiothoracic surgery is busy and exhaustive at times,” said Dr. Ikonomidis. “Patients are usually pretty sick, and their lives often depend on the outcome of the operation about to be performed. The surgeons, who are the ‘captains of the ship’ in the operating room, have developed the stamina and focus that enables them to get through long and stressful days and operations and still be able to come back for more.”

Despite the increasing need for surgeons and continuing advances in the specialty, these still are trying times for cardiothoracic surgery.

The educational debt accumulated by many surgeons is staggering, with 17.8% having $150,000 or more at the time they began active surgical practice. Though jobs are sometimes more difficult to find, the current survey showed that 59.2% of practices are looking to hire a new surgeon within the next 2 years, up from 52.3% in 2014.

Gender disparity also still exists in cardiothoracic surgery. Although more women make up the cardiothoracic workforce than previously reported, they are still underrepresented in the specialty. The current survey reported that 8.4% of respondents were female, whereas that number was only 6.9% in 2014.

Another challenge is the aging cardiothoracic surgeon workforce. The current survey showed an increase in the average age of practicing surgeons by 2 years compared with the 2014 survey (56 years vs. 54 years, respectively). As a retirement surge nears, so does the expected decline in the workforce—from 4,000 surgeons in 2010 to less than 2,900 by 2035, as calculated by another study.

Perhaps one of the biggest challenges, though, is the risk of depression and burnout within the specialty. More than 55% of surgeons reported symptoms of burnout and/or depression related to their jobs over the past year, which is 10% to 20% higher than that observed in other specialties.

This survey did not track specific elements contributing to these symptoms, but Dr. Ikonomidis explained that the “time-consuming, often counter-intuitive, and frustrating” implementation of electronic medical records, as well as increased scrutiny on surgeon productivity and outcomes, are among the factors that have likely impacted the personal well-being and emotional health of cardiothoracic surgeons.

Several techniques and strategies have been found to significantly lower the risk of distress. According to Dr. Ikonomidis, surgeons should actively focus on both their personal and professional lives, stressing a positive work/life balance. They should place greater emphasis on finding meaning in their daily work, focusing on what is important in life and maintaining a positive outlook. Other methods such as celebrating small victories, practicing mindfulness techniques, and receiving guidance and mentorship also may help. And the sooner the better, as symptoms of burnout and depression and their associated behaviors can start as early as medical school, he added.

“People become surgeons for many reasons,” said Dr. Ikonomidis. “The specialty combines the use of clinical knowledge and technical skills, as well as affords opportunities to develop new treatments with research, train the surgeons of tomorrow, and care for a variety of patients on a daily basis. Even though this profession is associated with a lot of stress and is not the most lifestyle-friendly, cardiothoracic surgery is not only challenging and satisfying, but fun.”

Find comprehensive medical information presented for patients by leading experts in cardiothoracic surgery on the STS Patient Website (ctsurgerypatients.org). For a copy of The Annals article, contact Jennifer Bagley at 312-202-5865 or jbagley@sts.org.

Founded in 1964, The Society of Thoracic Surgeons is a not-for-profit organization representing 7,500 cardiothoracic surgeons, researchers, and allied health care professionals worldwide who are dedicated to ensuring the best possible outcomes for surgeries of the heart, lung, and esophagus, as well as other surgical procedures within the chest. The Society’s mission is to enhance the ability of cardiothoracic surgeons to provide the highest quality patient care through education, research, and advocacy.

The Annals of Thoracic Surgery is the official journal of STS and the Southern Thoracic Surgical Association. It has an impact factor of 3.919.