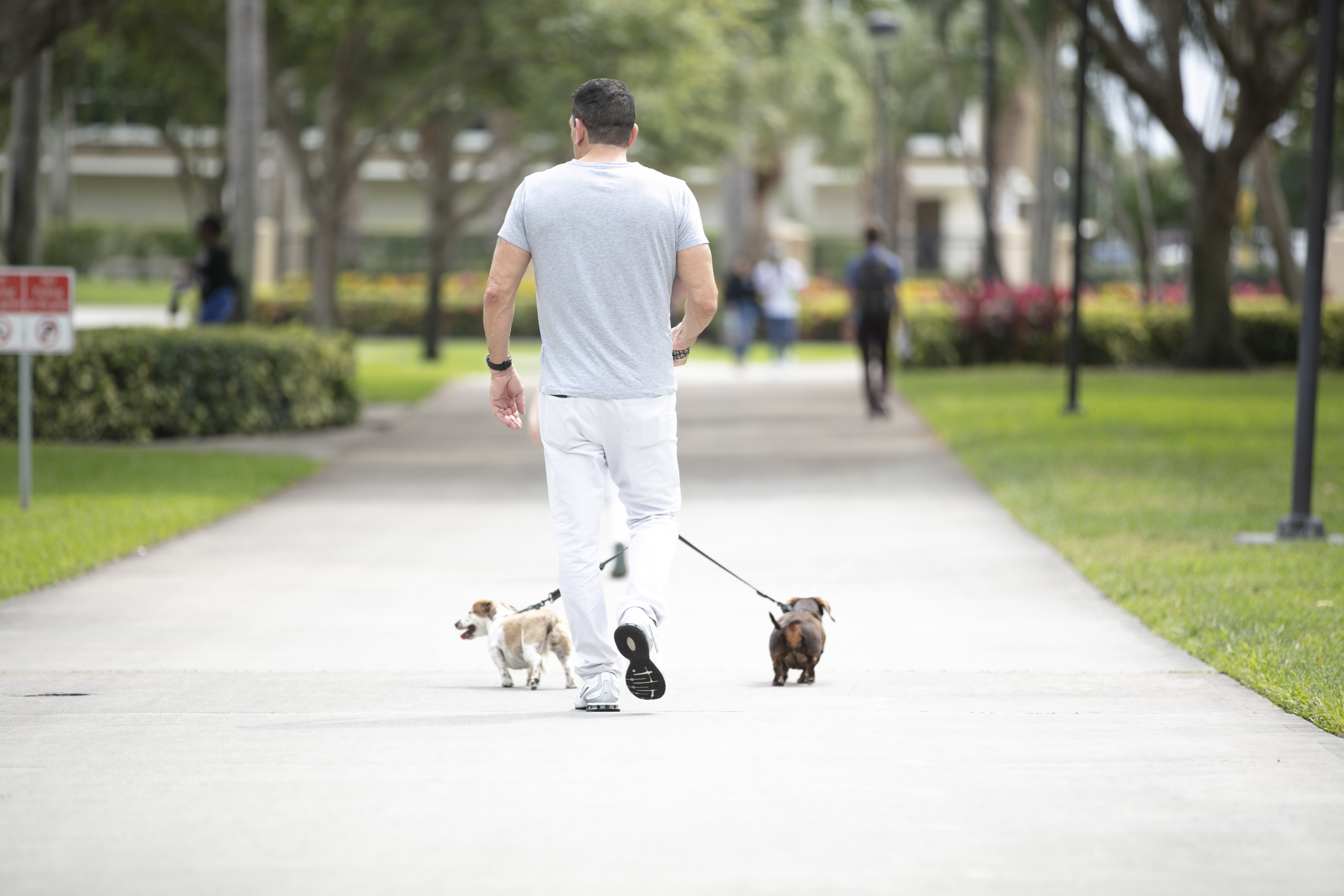 The United States is home to more than 21 million military veterans, many of whom have difficulty reintegrating into civilian life. A staggering 20 percent of them suffer from post-traumatic stress disorder (PTSD), one of the most common trauma-induced mental illnesses. Moreover, it is estimated that 20 veterans die of suicide each day, resulting in about 6,000 deaths by suicide each year. With President Trump’s announcement last week for a roadmap to increase public awareness and training to curb these deaths in our military veterans, a unique study exploring the human-animal bond could play an important role in helping this initiative.

Human–animal interaction is known to reduce stress. Yet, few studies have examined the health effects of interacting with dogs, specifically in the veteran population. With about 6 to 8 million dogs ending up in shelters in the U.S. each year – half of which won’t get adopted – researchers enlisted the help of two no-kill shelters for a study evaluating the effects of walking with a shelter dog on psychological and physiological stress indicators in military veterans.

The randomized study was led by Cheryl Krause-Parello, Ph.D., lead author, a professor and director of Canines Providing Assistance to Wounded Warriors® ( C-P.A.W.W.®), within Florida Atlantic University’s Christine E. Lynn College of Nursing, and a faculty fellow of FAU’s Institute for Human Health and Disease Intervention (I-HEALTH), who conducted the study while at the University of Colorado, in collaboration with researchers from the University of Maryland’s School of Nursing and SUNY Fredonia. The study was funded in part by the ISAZ/Waltham Petcare Science Institute Collaborative Research Award and C-P.A.W.W.®.

Results, published in the journal Anthrozoös, provide evidence that walking with a shelter dog may affect psychological and physiological stress indicators in veterans – with particular potential benefits for veterans with an increase in PTSD symptom severity.

Researchers compared the effects of walking with a shelter dog versus walking with a human on psychological stress indicators, PTSD symptoms, and perceived stress in reintegrating military veterans.

Krause-Parello and collaborators evaluated three physiological stress biomarkers: heart rate variability, salivary cortisol, and the enzyme alpha-amylase over four weeks of walking with a dog and walking with a human. The body’s reaction to stress affects these biomarkers. The researchers included the heart rate variability biomarker because of its strong correlations with human physical stress and psychosocial stress.

“Based on heart rate variability, our study provides evidence that walking with a shelter dog may benefit veterans with higher symptoms of post-traumatic stress. Severity of symptoms and perceived stress tended to decrease more after walks with a dog than walks with a human,” said Krause-Parello.

“Our findings emphasize the need for more research to determine if this form of human-animal interaction is beneficial to veterans with PTSD and to help us identify the optimal level of interaction that will be most impactful for them,” said Krause-Parello.

This unique pairing has the potential to be mutually beneficial for veterans and humankind’s “best friend” alike. The researchers emphasize the obvious benefits of human-animal interaction for shelter dogs. They need to be walked and socialized on a consistent basis to develop a positive relationship with humans, maintain a good quality of life, reduce their stress, expand the boundaries of a mundane kennel cage, and improve the likelihood that they will be successfully adopted. The dogs involved in the study resided in the two shelters and were awaiting adoption.

“Considering the large number and availability of shelter dogs in the United States, it really makes sense to consider the potential for these dogs to be involved in a unique intervention that combines the benefits of human–animal interaction with the benefits of altruistic action like volunteerism,” said Erika Friedmann, Ph.D., co-author, a professor and associate dean for research at the University of Maryland School of Nursing.

Men and women ages 22 to 69 years old participated in the study. A total of 72 different dogs participated in 124 walks and ranged in size from toy (7.2 pounds) to giant (90 pounds). Each dog walked one to six times. Veterans were asked to draw a name to determine what dog they would be walking with to ensure randomization and to minimize the risk of becoming attached to a shelter dog that might be adopted during the course of the study.

“This innovative research confirms the importance of the human-animal bond. It brings to life an unexpected connection between shelter dogs and veterans, serving to meet a need for both and providing direction for holistic programming that addresses both the health of veterans and that of shelter dogs. It is a win-win,” said Patricia Liehr, Ph.D., associate dean of research and scholarship at FAU’s Christine E. Lynn College of Nursing.

Study co-authors are former C-P.A.W.W.® research assistants Kelly Blanchard and Megan Payton; and Nancy R. Gee, Ph.D., a professor of psychiatry, Department of Psychiatry, and director of the Center for Human-Animal Interaction, Virginia Commonwealth University School of Medicine, who conducted the research while at SUNY Fredonia.

“At Mars Petcare we believe we have a responsibility to take scientific exploration further when evidence to date shows us that pets can be part of addressing conditions like PTSD,” said Kay O’Donnell, vice president, Waltham Petcare Science Institute. “It’s important we undertake rigorous studies to understand how companion animals may provide a benefit and we’re proud to be part of this study, which takes us another step forward in understanding the human-animal bond.”

The mission of C-P.A.W.W.® is to comprehensively advance interdisciplinary research, education and practice protocols for wounded warriors and veterans through the development of evidence-based and restorative interventions, to support military-related health initiatives by building community partnerships, to investigate therapeutic interventions–particularly those involving canine assistance — that positively influence health outcomes, and to emphasize system planning, innovative public policymaking, and thorough protocols of care development for the armed forces. For more information, visit http://nursing.fau.edu/c-paww.

About the Waltham Petcare Science Institute

The WALTHAM Petcare Science Institute is a leading scientific authority in pet nutrition and wellbeing and has been advancing the frontiers of scientific research into the nutrition and health of companion animals for nearly 50 years. Located in Leicestershire, England, the renowned state-of-the-art science institute focuses on the nutritional and behavioural needs of pets and their benefits to humans, enabling the development of innovative products which meet these needs in a practical way. WALTHAM has pioneered many important breakthroughs in pet nutrition, and in collaboration with the world’s foremost scientific institutes, supports leading Mars Petcare brands such as WHISKAS®, PEDIGREE®, CESAR®, SHEBA®, AQUARIAN® and the ROYAL CANIN brand.