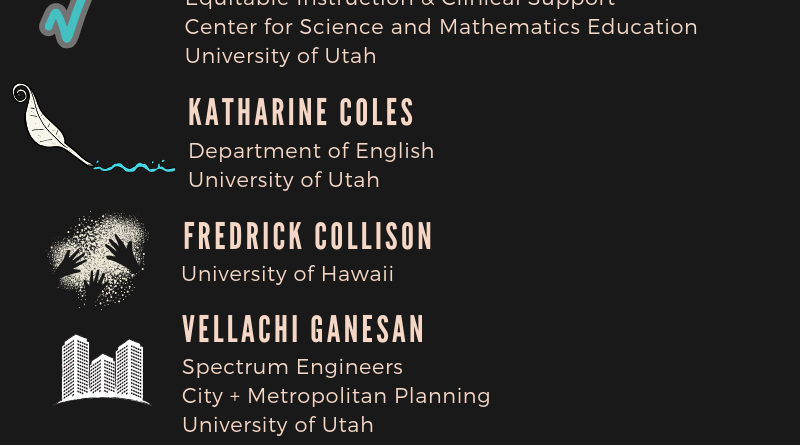 Despite growing evidence that artificial light at night severely impacts wildlife, human health, wasteful spending and a disconnect to our cultural past, there are no formal academic educational programs strictly for dark sky study and protection. The University of Utah is changing that.

This week, the U launched the first issue of The Journal of Dark Sky Studies (JDSS), the only academic publication in the world dedicated to understanding and protecting the night skies. The U-based Consortium for Dark Sky Studies created the transdisciplinary journal to share art, basic science and conservation stories from the dark sky movement. The launch coincides with the start of a class focusing on dark sky studies. The curriculum will culminate in a capstone project during which students will follow a dark sky problem from end to end, beginning with basic research and finishing with policy implementation. Each capstone cohort will report their findings in the JDSS.

“The journal will appeal both to people who have no idea what dark sky studies are and to people who actively research and advocate for dark skies,” said Daniel Mendoza, co-director of the consortium and one of the core faculty members in dark sky studies, who holds joint appointments in the Department of Atmospheric Sciences and the Division of Pulmonary Medicine. “The class is our way of teaching a very diverse group of students how to think about a complex problem and to make real changes in their communities.”

The Journal of Dark Sky Studies

The JDSS will debut at the 68th United Nations Civil Society Conference in Salt Lake City, taking place Aug. 26-28, 2019. The journal will publish biannually in the spring around International Dark Sky Week and in the fall ahead of the International Dark-Sky Association (IDA) General Meeting, the largest gathering of dark sky advocates from around the world.

This first issue will explore thehistory of the dark skies movement that began in the early 1960s when people became aware that the world was rapidly losing sight of the constellations. It will include a map of all IDA-designated dark sky places accompanied by facts, including how ancient cultures viewed the night sky, specific movements in different regions of the world and international efforts to preserve dark skies.

Each issue will consist of three sections regulated by the editorial board. One section is a curated creative space for art and the cultural side of dark skies, such as writing pieces and visual media. A second section will feature conservation efforts around the world to serve as examples for others to use and to help communities who feel isolated in their preservation efforts to feel supported and find useful resources. The final section will include standard, peer-reviewed articles selected by the journal’s editorial board on the impacts of artificial lighting on our world from across a range of disciplines, from ecology to human health.

“Researchers have expressed frustration because these dark-sky centered topics may not fit into a specific academic journal. This is a truly transdisciplinary journal where scientists will not only report their findings, but also how the research applies to policy and action,” said Mendoza, who is the journal’s editor-in-chief.

Initiative to develop an undergraduate minor in dark sky studies

The W.M. Keck Foundation awarded $250,000 to the U to develop a new undergraduate minor in dark sky studies in January 2019. Although housed in the College of Architecture + Planning, students from across campus will be eligible to take the classes, a fact that mirrors the interdisciplinary philosophy of dark sky studies.

A proposed minor in dark sky studies, which will be submitted to the University of Utah for approval, would require 21 coursework hours, including nine credits in three new core courses. The introductory fall course is called Dark Sky Studies: Lightscapes, followed by a spring course titled Dark Sky Studies: Darkscapes, and culminating in a final course where the students will complete a collaborative capstone project. Students will also take four electives from various departments, depending on their interest for a particular aspect of the night skies.

Each capstone cohort will identify a problem relating to dark skies and explore it from start to finish. The class will divide itself into four subgroups that tackle an aspect of the issue. A basic science team will comprise the first group to collect and analyze data, for example, using drones to measure light intensity. The second group will be the communication team that will write about the project in an accessible way and manage a class blog.The third group will be the creative expression team that will deliver a product, such as a poster or museum exhibit, that will have a lasting impact describing what the semester was all about. The fourth groupis about policy—they will communicate their findings to different levels of the community, from the city levelto the county level, and ultimately the state level.

“These four student teams are going to complete a project that asks what is the problem and how can we actually solve it from beginning to end. And all students in the groups will switch around throughout the semester to experience skills outside of their comfort zones,” said Mendoza. “We’re giving the students essential skills that, though they may never go into dark sky studies, they’ll know the process of inquisition, data collection, and communicating those results, which is critical.”