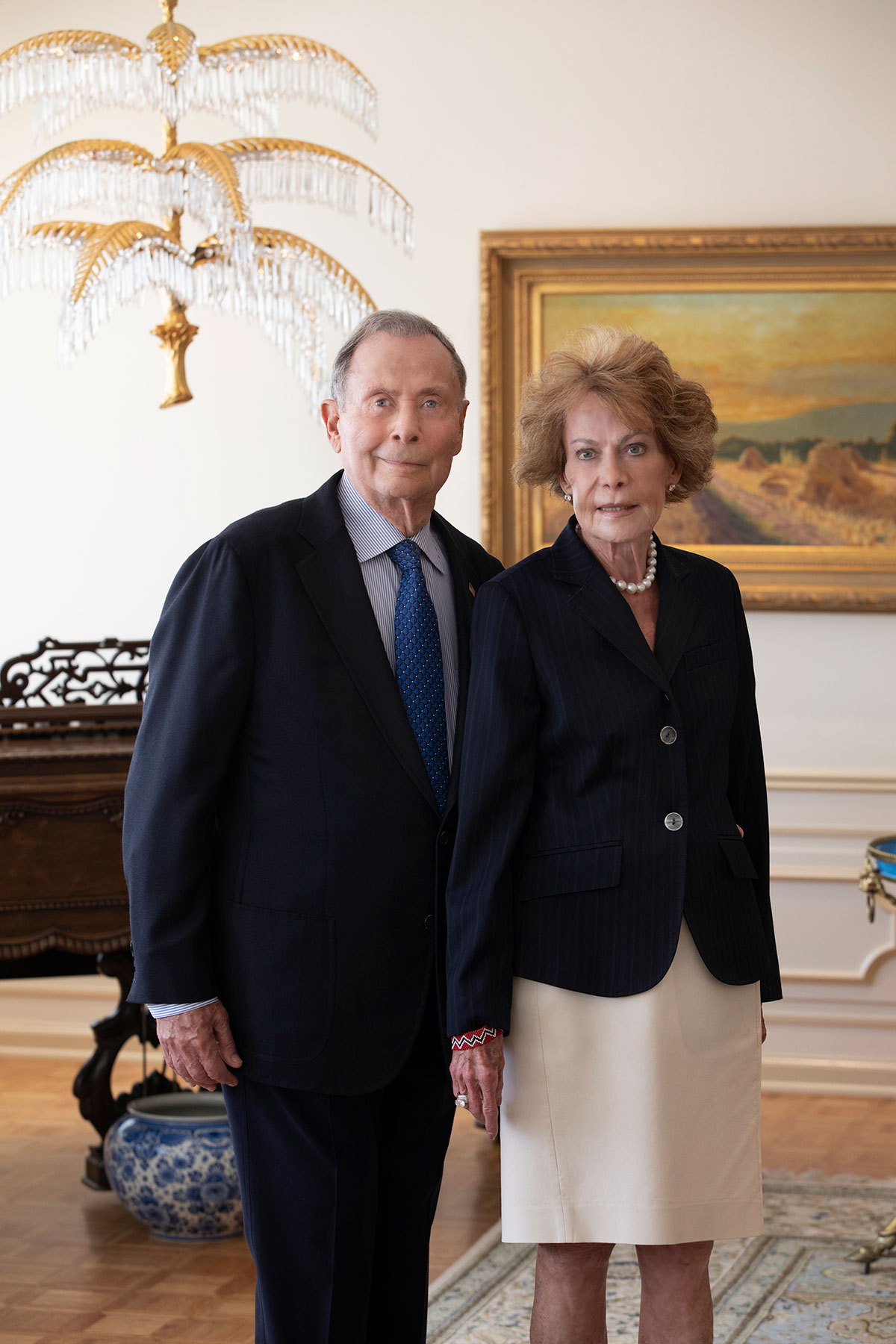 For 128 years, the University of Utah’s College of Engineering has been the state’s premier research and educational institution for engineering and computer science. Today, the college receives a major boost.

The college is proud to announce a historic $50 million gift from the John and Marcia Price Family Foundation that will benefit future students, educational programs, research centers, and entrepreneurism, as well as the construction of a new $190 million computing and engineering building on the U campus. In November 2021, John and Marcia Price were the first to come forward and pledge significant funding for the new building. Realizing the positive impact this would have on Utah’s technology and engineering sectors, they increased their commitment to $50 million.

The college will be renamed the University of Utah John and Marcia Price College of Engineering pending review and approval by the university’s Board of Trustees at its meeting on Feb. 14.

“This generous gift from the Price family is transformational,” said Richard B. Brown, H. E. Thomas Presidential Endowed Dean of the College of Engineering. “This is going to cause another inflection point in the ascent of the college and the growth of Utah’s technology sector.”

The gift, the largest in the college’s history and one of the biggest for the university, was announced during an event Tuesday at the Warnock Engineering Building on the U campus. Speakers included Gov. Spencer Cox, U President Taylor Randall, Dean Brown, John Price, his son Steven Price, Utah Senate President Stuart Adams, and Utah House Speaker Brad Wilson. A new logo for the college was also revealed.

“The University of Utah has an international reputation for innovation in engineering and computer science. Marcia and I want to help ensure that opportunity for this and future generations,” said John Price. “Our gift to the College of Engineering is an investment, to provide education at the highest level of excellence, and to meet the engineering and computing needs for local and global demand. Additionally, these funds will strengthen, elevate, and expand the college’s research and educational initiatives.”

Of the $50 million, an endowment of $32.5 million will go to student scholarships, teaching labs and equipment, educational initiatives, and more. The endowment’s discretionary funds will enable the college to react quickly to changes in teaching, research, and public service needs. The remaining $17.5 million is reserved for the new John and Marcia Price Computing and Engineering Building. This six-story, 253,000-square-foot building, which is expected to begin construction in 2024, will enable the college to grow the number of graduates to an additional 500 per year and feed more highly qualified engineers into Utah’s workforce for the state’s rapidly growing engineering and computing sectors.

“This generous gift from the John and Marcia Price Family Foundation marks another significant milestone in our commitment to invest in students, research and programs that drive innovation,” said U President Randall. “This investment in the education of engineering and computer science professionals will have exponential impact as they contribute economic and societal value to the state and the nation. It’s an historic day for the U and we are grateful and inspired by the Prices.”

In the last 20 years, the College of Engineering has experienced explosive growth as Utah’s tech economy has become one of the nation’s fastest rising. The number of engineering and computer science graduates has tripled while annual engineering-related research funding nearly quadrupled. In that same period, the number of tenure-track faculty has doubled.

Dean Brown explains that most top-10 engineering schools have received naming endowments that help funnel resources to students, research, and entrepreneurship, which ultimately benefits their states’ economies. The Price gift secures the University of Utah’s place among the finest engineering and computer science educational institutions in the U.S.  “I thank the Price family from the bottom of my heart,” he said. “This gift gives us the resources to offer an ever-higher quality of education for our students.”

For more than 50 years, John and Marcia Price have helped shape Utah through their prolific business, philanthropy, public service, and community efforts. All of which have helped build and support the state’s economy, arts, and higher education; paving the way for these sectors to thrive, setting the stage for this and future generations.

John Price is an American diplomat and former U.S. Ambassador to Mauritius, Comoros and the Seychelles. He moved to Utah as a teenager and earned a bachelor’s degree in geological engineering at the University of Utah in 1956. He started his career as the founder of a construction company, which evolved into a commercial real estate development firm and then into JP Realty Inc., which was listed on the New York Stock Exchange in 1994.

He is known as one of Utah’s most prominent businessmen, with success throughout the intermountain region. He has served on numerous local, state, and national boards, including the University of Utah’s Board of Trustees from 1992 to 1999.

Marcia Price is a leader in the arts community, with a lifelong passion for the Utah Museum of Fine Arts where she serves as board chair. She has devoted herself to advancing the arts locally and nationally, having served in such positions as chair of the Utah Arts Council, board member of the National Committee for the Performing Arts at the Kennedy Center in Washington, D.C., and as a board member of the Utah Symphony and Utah Opera. Additionally, she was instrumental in the passage of the Salt Lake County’s Zoo, Arts and Parks Program.

She received an Honorary Doctor of Fine Arts from the University of Utah in 2006. The UMFA building as well as the new University of Utah Theatre Arts building, and amphitheater are named to recognize the Price’s contributions to the arts.

About the College of Engineering

Nestled in the foothills of the spectacular Wasatch Mountains, the John and Marcia Price College of Engineering had its origins in the State School of Mines, established in the 1890s. Dedicated to enhancing Utah’s mining industry, it was among the first engineering programs west of the Mississippi River. A strong tradition of educational and technical support for local industry continues to the present day.

The first modern four-year engineering degree at the school was introduced in 1895. Joseph F. Merrill was the first principal; the Merrill Engineering Building was named in his honor.

During the past 125-plus years, the college has graduated more than 30,000 engineers. Many engineering alumni have gone on to achieve international recognition in industry, manufacturing, research, education, law, medicine, and many other professions.

A few of the many companies founded by graduates and faculty of the College of Engineering are TRW, Evans and Sutherland, Silicon Graphics, Netscape, WordPerfect, Sarcos, Opto 22, Novell, Atari, Adobe Systems, and Pixar. Many other graduates hold executive leadership positions in companies and educational institutions around the world.

This news release and photos may be downloaded from attheu.utah.edu/category/news-releases.

University of Utah College of Engineering

Chulalongkorn Business School in Collaboration with the Faculty of Medicine Siriraj Hospital, Mahidol University, for Excellence in Academics and Management