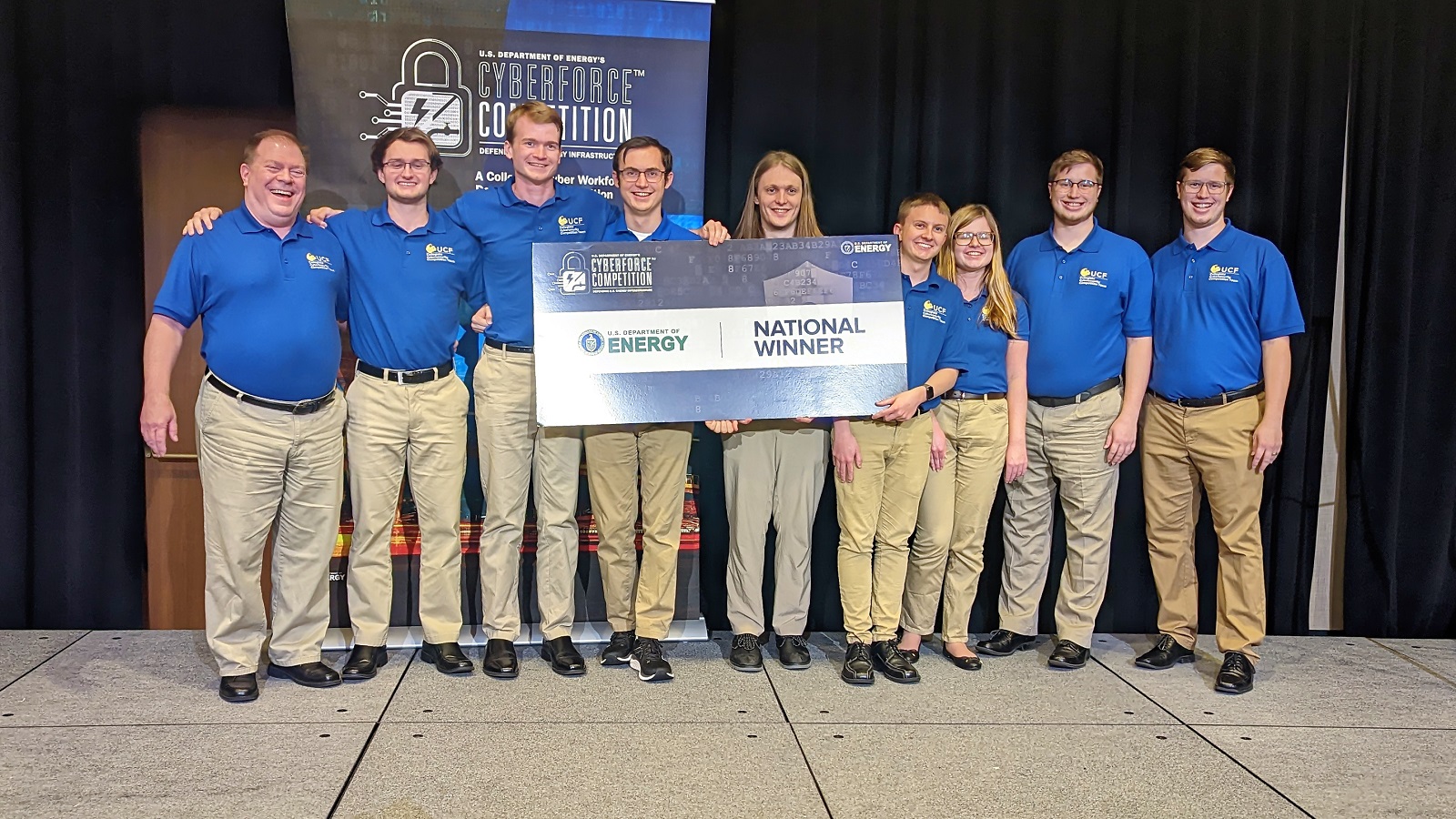 A Team With a Dream of University of Central Florida used cyber skills, teamwork and creativity to protect imaginary U.S. energy infrastructure from attack and win coveted top honors in the DOE’s annual CyberForce Competition®.

The U.S. Department of Energy (DOE) announced A Team With a Dream of University of Central Florida as the national winner of its eighth CyberForce Competition®, which was held on Nov. 5. The event, led by DOE’s Argonne National Laboratory, challenged 144 U.S. college and university teams from 35 states and Puerto Rico to thwart a simulated cyberattack.

“Preparing the next generation of cyber professionals to meet the unique challenges faced by the energy sector is critically important to our future security and resilience as a nation,” said David Turk, Deputy Secretary of Energy. ​“On behalf of the Department of Energy, I am pleased to congratulate A Team With a Dream of University of Central Florida, the 2022 CyberForce champions, on their exceptional level of skill and their teamwork during this competition.”

“What I love about this program is that it is a competition, but when you’re in the actual room while the students compete, there is tremendous growth in knowledge and incomparable ​‘ah-ha’ moments.” — Amanda Theel, CyberForce Program director and cybersecurity workforce development group lead at Argonne

The CyberForce Competition is part of DOE’s CyberForce® Program, which focuses on developing the next generation of cyber defenders. Students learn and practice skills that will be relevant in careers safeguarding the nation’s critical energy sector, including power plants and renewable energy facilities.

The need for skilled cybersecurity professionals is paramount. The most recent reports from ISACA indicate that the number of cyberattacks and threat actors remains steady — or is increasing — even as awareness of the importance of cybersecurity is rising. More than 60% of organizations who responded to ISACA’s State of Cybersecurity 2021 survey said their cybersecurity teams were understaffed, and 55% have unfilled positions. Data breaches, email security pressures and a growing Internet of Things make it more important than ever that a knowledgeable workforce can fill entry-level or senior positions.

“The CyberForce Competition really dives into the operational technology component of security, such as an energy grid or a water system, that traditional educational systems don’t necessarily teach in their core curriculum,” said Amanda Theel, CyberForce Program director and cybersecurity workforce development group lead at Argonne. ​“What I love about this program is that it is a competition, but when you’re in the actual room while the students compete, there is tremendous growth in knowledge and incomparable ​‘ah-ha’ moments. Honestly, it’s incredible to watch and cheer them on in a unique learning process.”

In this year’s scenario, competitors were introduced to the fiercely competitive world of an electric vehicle manufacturer trying to gain market advantage. The company acquired several virtual infrastructures in the solar power and charging market, but the installations appeared compromised. Students needed to conduct a thorough assessment of vulnerabilities and proposed a series of innovations to protect and strengthen the manufacturer’s interests against existing and future cyberattacks.

Winners of the 2022 CyberForce Competition are:

In addition to the popular team competition, the CyberForce Program includes a ​“Conquer the Hill” series of engaging, interactive mini-competitions for individual competitors; regular webinars featuring subject matter experts, DOE leadership and past competitors; and a virtual career fair.