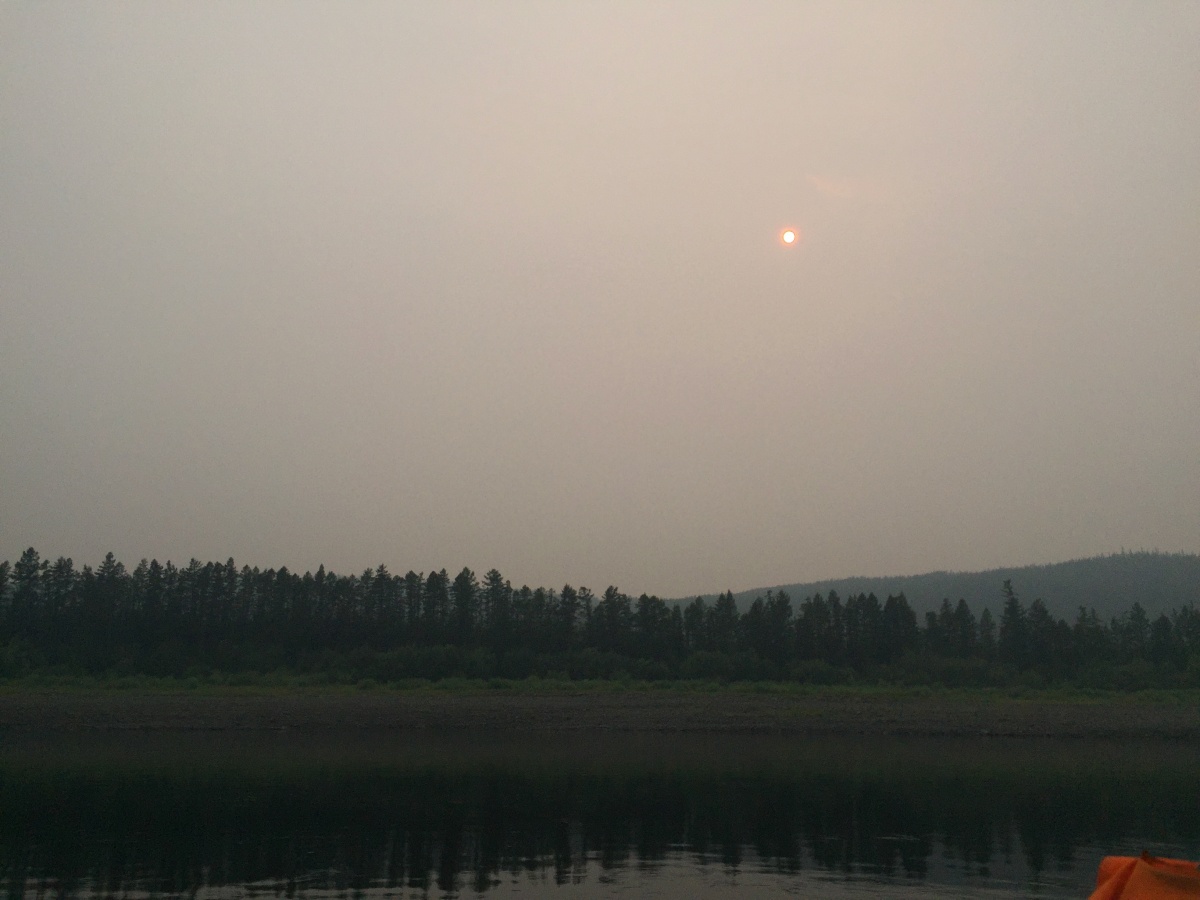 DURHAM, N.H.— Climate change has contributed to the increase in the number of wildfires across the globe especially in the Arctic where forest fires, along with increased permafrost thaw, can dramatically shift stream chemistry and potentially harm both ecosystems and humans. Researchers at the University of New Hampshire have found that some of the aftereffects of a burn, like decreased carbon and increased nitrogen, can last up to five decades and could have major implications on nearby vital waterways like the Yenisei River that drains into the Arctic Ocean, and other similar waterways around the world.

“Forest fires in this region of the Arctic used to happen about every hundred years and now we’re seeing them every summer,” said Bianca Rodríguez-Cardona ’20, a doctorate in natural resources and Earth system sciences. “This increase in fires leads to more input of inorganic solutes into local streams which can alter the chemistry and trigger issues like increased algae blooms and bacteria that can be harmful to humans who depend on these waterways for drinking water, fishing and their livelihood.”

In the study, recently published in the journal Nature’s Scientific Reports, UNH researchers collected stream water samples in the Central Siberian Plateau in Russia during the summer months of June and July from 2016 to 2018. They compared the concentration of nutrients and dissolved organic matter in the streams and found that inorganic nitrogen, or nitrate which is a nutrient important for cell development and growth in aquatic plants, remained elevated for 10 years after a burn. And, levels of dissolved organic carbon (DOC) and dissolved organic nitrogen (DON), major sources of energy, were substantially decreased and took 50 years to return to pre-burn levels.

Boreal forests, forests that grow in high latitudes at low temperatures, have been burning with greater frequency due to longer growing seasons, warmer temperatures and changing weather patterns adding additional uncertainty to how these ecosystems will be affected. While other studies have documented the effects of wildfires on stream chemistry, few have evaluated how these changes will impact the processing and export of nutrients from Arctic watersheds.

“Arctic rivers transfer large quantities of nutrients to the Arctic Ocean, and river water chemistry could be dramatically changed in the coming decades as permafrost thaws and wildfires become more frequent,” said William McDowell, professor of environmental science and a co-author on the study.

The researchers say even though responses of arctic watersheds can vary from region to region, this offers further understanding of what could happen in other areas of the Arctic, like Alaska, Canada, Norway or Sweden.

This work was supported by the National Science Foundation.

Caption: One of the smaller streams in the Central Siberian Plateau where the UNH team took samples.

Caption: Kochechum River in the Central Siberian Plateau, a typical river view of landscape and sky without any smoke.

Caption: View of Siberian waterway after a forest fire – smoke and soot linger in the air for several days even after rainfall. UNH researchers find aftereffects of a burn can last up to five decades and could have major implications on vital waterways.

Caption: A boreal forest near one of the UNH control watersheds that burned over 100 years ago.