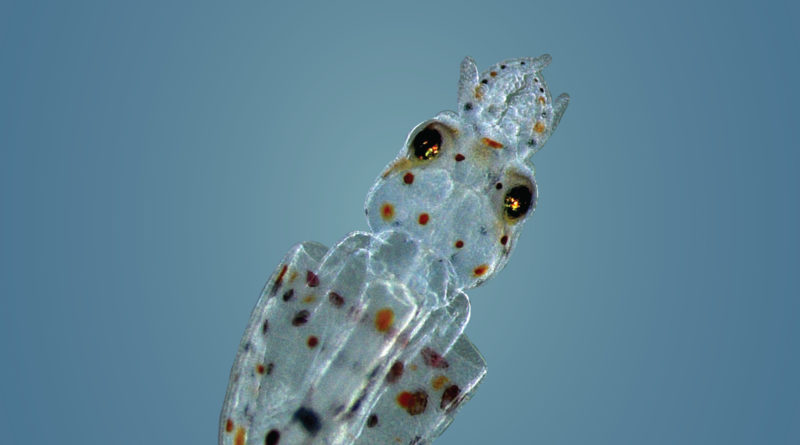 The pen that is of interest to Assistant Professor Mark Messerli of the South Dakota State University Department of Biology and Microbiology is a flexible skeletal structure in the trunk of a squid’s body. The pen is embedded beneath the dorsal mantle, the muscle responsible for the squid’s jet propulsion, and supports the animal’s muscle tissues and organs.

“The squid’s pen is an internal structure like our bones except it is only made of chitin and protein,” Messerli said. “When dried, it resembles an insect wing, except it is about 100 times larger. It is pliable and has great tensile strength.”

Messerli’s team is reverse engineering the squid’s pen to help scientists construct tissue scaffolds for repairing or replacing damaged cartilage, bones and ligaments. The knowledge may also lead to novel pesticides that target insects that spread disease and destroy crops.

Though scientists have used the longfin, inshore squid as a model organism for brain and sensory biology research, Messerli and his team in the College of Natural Sciences are the first to study the design and protein composition of the squid’s pen. “By deconstructing the pen, we are identifying how nature builds with chitin,” he said.

The study results are published in the August issue of Biological Bulletin, which features marine biology research. A photo of a squid hatchling used in the study is featured on the cover of the journal.

The research was supported by the Eugene and Millicent Bell Fellowship Fund in Tissue Engineering; National Institutes of Health and the National Science Foundation; an undergraduate research award from the College of Agriculture, Food and Environmental Sciences; and a private donor.

Chitin is a natural organic polymer second in abundance only to cellulose, Messerli explained.  However, unlike cellulose, the human body can break down chitin, which is also an antimicrobial substance. Chitin extracted from algae called diatoms as well as shrimp and crab shells is already being used to make biodegradable bandages and plastics.

Nature uses chitin to construct the thin, protective shells of shrimp and insects and combines chitin with minerals to build the shells of clams, crabs, oysters and other molluscs.

“The squid pen is more amenable to deconstruction because it is not mineralized like oyster shells or sclerotized like insect shells,” Messerli said. Furthermore, scientists are sequencing the squid genome, so they are developing tools to help study this particular organism. “That is another reason why the squid is a good model,” he pointed out.

The squid’s pen is assembled in layers, much like 3D printing is used to build modern devices, explained Messerli, comparing the process of unraveling the proteins to teasing apart the cellulose fibers and glue in plywood. “We identified numerous proteins within the pen that we think are used to assemble it and we are characterizing those proteins which are similar to proteins in other chitinous structures.”

However, he noted, “A few of the proteins in the pen are unknown—so far there is nothing like them in any other characterized organisms, so we have not yet identified their function.” The next step will be to get full-length sequences of the proteins. “Ultimately, we want to know if the chemistry of these proteins could help us build more advanced structures using chitin and determine how to weaken the defenses of insect pests.”

Insects not only build their exoskeletons out of protein and chitin, but their gut is also lined with a thin layer of chitin, Messerli explained. “Some insecticides disrupt that chitin layer, so native bacteria and viruses in their guts kill the pests.” However, he noted, “this approach can take out the insect pollinators as well. We need to know the function of all of the proteins involved in these chitinous structures so we can identify targets that attack the pests but not the pollinators.”

Furthermore, when squid and shellfish, such as crab and shrimp, are harvested, the pens and chitin-containing shells are considered industrial waste.  Messerli and his team want to optimize ways to separate chitin so it can be used for biomedical and agricultural applications, thus creating value-added products for the fishing and aquaculture industries.