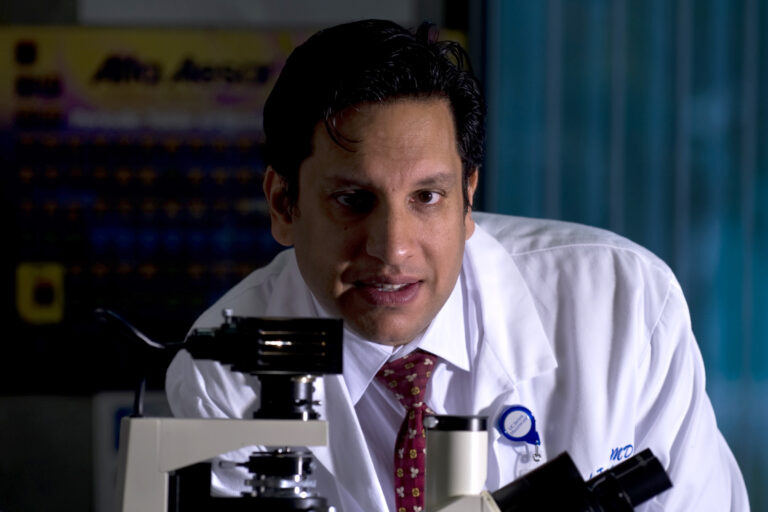 Irvine, Calif., Aug. 2, 2021 — From cutting-edge research for advancing precision medicine to an innovative new effort for improving public water infrastructure to increase conservation, University of California, Irvine scholars, scientists and physicians are blazing new paths to help change the world. And their impact keeps growing. In fiscal 2020-21, which ended June 30, UCI received the most research funding in campus history: $592 million in grants and contracts.

“This research funding milestone confirms UCI’s ascent among its Association of American Universities peers as a world-class research university. Despite the hurdles we have faced during the COVID-19 pandemic, the UCI community continues to make a meaningful impact on regional economic development and to improve society through globally prominent research,” said UCI Chancellor Howard Gillman.

“Our faculty, students and staff are truly excelling in an environment of tremendous competition for financial support of research and innovation,” said Pramod Khargonekar, UCI vice chancellor for research. “These results indicate that UCI’s preeminent research enterprise will make even greater and more productive contributions to the state, the nation and the world.” UCI investigators received 1,012 new awards, totaling nearly $275 million (about 46 percent of the entire campus amount, with the remainder coming from renewed funding sources), in fiscal 2020-21. The U.S. Department of Health & Human Services, which encompasses the National Institutes of Health, was the largest single source of research funding at UCI, accounting for $180 million. The National Science Foundation provided $50 million. And gifts and grants from philanthropic foundations and charitable trusts reached $86 million. Overall, 39 percent of research support came from nonfederal entities.

Promoting new cures
More than $340 million of all UCI research funding in fiscal 2020-21was for biomedical and health sciences clinical work across campus.

Also continuing to increase was total financial backing for clinical trials in all health science areas to advance new treatments for life-altering diseases. In 2020-21, UCI received $94 million in grant and corporate funding from all sources for clinical trials, a 34 percent jump over the previous year. Within this amount, industry support topped $81 million for the first time.

The following are clinical trials with top contracts:

“The health and well-being of our patients depends on the cutting-edge, evidence-based care we provide every day to prevent illness and to personalize treatments in the face of disease. UCI offers the very best care because we advance the frontiers of knowledge through groundbreaking research,” said Dr. Steve Goldstein, vice chancellor for health affairs. “UCI is the region’s only university-based health system, and year-over-year growth in external funding underscores how we are leading the way by empowering discoveries and training the diverse, interprofessional healthcare workforce of the future to carry on that legacy.”

Other noteworthy new research awards and recipients in 2020-21:

About the University of California, Irvine: Founded in 1965, UCI is the youngest member of the prestigious Association of American Universities and is ranked among the nation’s top 10 public universities by U.S. News & World Report. The campus has produced three Nobel laureates and is known for its academic achievement, premier research, innovation and anteater mascot. Led by Chancellor Howard Gillman, UCI has more than 36,000 students and offers 224 degree programs. It’s located in one of the world’s safest and most economically vibrant communities and is Orange County’s second-largest employer, contributing $7 billion annually to the local economy and $8 billion statewide. For more on UCI, visit www.uci.edu.