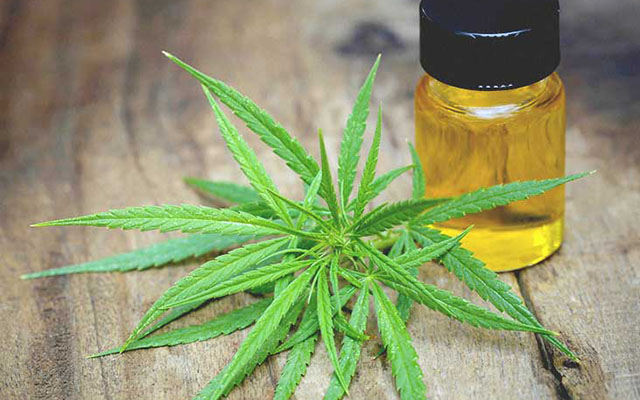 The Center for Medicinal Cannabis Research (CMCR) at University of California San Diego School of Medicine, the nation’s oldest research center for scientific inquiry into the safety and efficacy of cannabis, has announced $3 million in research grants to explore new applications of cannabis for a number of novel medical applications.

The grant funding, to be allocated to five California-based research teams, will be used to study the efficacy and safety of medical cannabis as both a supplementary or alternative treatment for schizophrenia, rheumatoid arthritis, insomnia, alcohol dependence and anxiety linked to anorexia.

The cannabis plant produces a number of compounds called cannabinoids, the most widely known of which are tetrahydrocannabinol (THC), its principle psychoactive agent, and cannabidiol (CBD), which has been linked to reduced pain, anxiety and inflammation in previous studies. The five new studies all focus on CBD.

“Within the medical community, there is a lot of interest in the role of medical cannabis and CBD,” said Igor Grant, MD, Distinguished Professor in the Department of Psychiatry and CMCR director. “There is a hope that it could be yet another useful agent in some of these conditions, which are difficult to treat or disabling.”

The five grants are funded by California Proposition 64, which was passed on the November 8, 2016 ballot and legalized recreational marijuana in the state. The measure allocated tax revenue for research on potential new drugs, treatment and health and safety programs related to marijuana and medical cannabis.

This year marks CMCR’s first such funding. All five grants are for proof-of-principle studies that would seek to establish the basis for future research.

The $825,000 grant was awarded to Kristin Cadenhead, MD, professor of psychiatry at UC San Diego School of Medicine, and colleagues, who will explore whether medical cannabis could serve as an alternative treatment for patients facing early psychosis, a time when traditional treatments, such as antipsychotic medications, are moderately effective but produce debilitating side effects.

The $825,000 grant was awarded to Veena Ranganath, MD, a rheumatologist at UCLA Medical Center. Ranganath’s research focuses on CBD’s use an anti-inflammatory agent, an application she hopes to exploit in treating rheumatoid arthritis, a chronic autoimmune condition that affects an estimated 1.5 million persons in the United States.

The $825,000 grant was awarded to Mariana Cherner, PhD, professor of psychiatry at UC San Diego School of Medicine, and colleagues, who will investigate whether CBD might be a viable alternative for sleeping pills among patients with chronic sleep disorders.

“Sleeping pills are moderately safe but they can also be habit-forming and they do have side effects, particularly in older people,” said Grant. “So many people are prescribed sleeping pills so there’s good reason to look for something that might be safer and not have that side effect profile.”

Cannabidiol as a Strategy to Treat Alcohol Dependence

The $300,000 grant was awarded to Giordano de Guglielmo, PhD, assistant adjunct professor in the UC San Diego Skaggs School of Pharmacy and Pharmaceutical Sciences, and colleagues. This study is the only one of the five using an animal model. It will look at the role CBD might play in reducing alcohol cravings and withdrawal syndromes among alcohol-addicted rats, with findings perhaps applicable to future human research.

The $300,000 grant was awarded to Emily Gray, MD, associate clinical professor of psychology at UC San Diego School of Medicine, and colleagues, who will explore whether CBD can help reduce a core symptom of anorexia — anxiety about food — and whether or not that reduction helps patients also reduce their food aversions overall.

A second round of CMCR grants is scheduled for 2020.

Alzheimer’s and Dementia: The Journal of the Alzheimer’s Association announces UK’s Donna Wilcock as new editor-in-chief