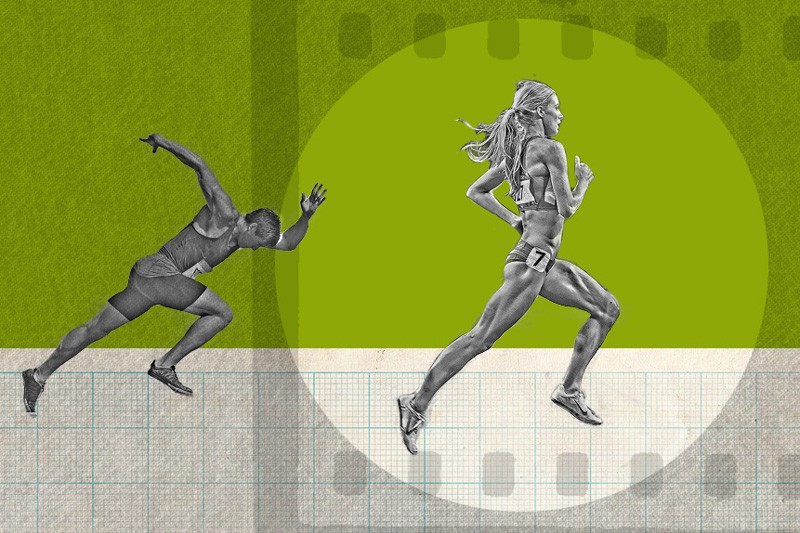 Women in the United States may still have to contend with a shortfall in their lifetime earnings and a glass ceiling in the boardroom, but they’ve closed the gender gap in at least one arena — the television coverage they receive as Olympic athletes.

An analysis of coverage by NBC, which has exclusive rights to broadcast the Olympics, by a University of Delaware researcher found that the network’s decades-long emphasis on male athletes and their events began to change with the 2012 Games, when women athletes received 55% of the prime-time coverage. A new study of the 2018 Olympics has found that trend continuing.

“Women are seen more on the screen, heard more in the commentary and are generally the focus of more coverage,” said James Angelini, associate professor and director of graduate studies in UD’s Department of Communication.

His latest research on the 2018 Games in Pyeongchang, South Korea, co-authored by Andrew Billings of the University of Alabama, was published in July in the journal Communication and Sport.

“Results show that women athletes received the majority of clock-time and name mentions during the 2018 coverage … continuing a trend toward increased focus on women’s sports and athletics” over the two decades of analysis, according to the article.

Angelini and Billings’ research shows the gender gap “closing to the point of, if anything, favoring female athletes — who now have received the majority of clock-time and mentions in three of the past four [2012, 2016 and 2018] Olympic broadcasts.”

Much of the change in coverage is due to the success that American women athletes have had in comparison to their male counterparts, Angelini said, adding that NBC’s coverage of the Games has always focused on U.S. athletes and on successful athletes.

“Women are winning more medals, and NBC is following the story,” he said.

The paper notes that the analysis of television coverage in any particular Olympics can be affected by the presence of a superstar athlete whose performance dominates the Games and the media. That was the case in 2018 with skier Lindsey Vonn, who accounted for 9% of all the women’s mentions on NBC. But, Angelini said, if Vonn and the dominant male athlete (snowboarder Shaun White) were ignored in the 2018 analysis, women would still have had the majority of on-air mentions.

Angelini is optimistic that women athletes will continue to be covered equitably by the media. Although he hasn’t studied sports such as soccer and tennis, he said he thinks the increased attention being given to women athletes is a trend that isn’t going away.

In his future research, he wants to examine how new Olympic events, including karate, surfing and skateboarding in 2020, will affect the gender-based coverage.

“From here on out, I’d hope that the media will feature athletes who are winning — male or female — and not just in stereotypically ‘feminine’ sports like gymnastics and figure skating,” he said.

His next project is a book he’s planning about the 2020 Tokyo Games, to be published by Peter Lang Publishing.