Shuyi Chen, a professor of atmospheric sciences at the University of Washington, was traveling to an American Meterological Society meeting in Boston as Hurricane Ian approached the Gulf of Mexico. During breaks at the meeting, she provided her thoughts on the closely watched catastrophic storm system that made landfall in Florida on Sept. 28.

Q: What are your thoughts on Hurricane Ian? How does it compare to other storms?

SSC: Each hurricane is unique in many ways. However, Hurricane Ian has some similarity to Hurricane Irma in 2017 in terms of landfall location on the southwest coast of Florida. Both hurricanes caused large storm surges — about 10 feet of water — near Naples and Fort Myers with strong onshore winds, while the water got “sucked” out of Tampa Bay by offshore winds associated with the hurricane. Ian is a larger storm than Irma, in terms of size of strong wind and rain areas.

Q: What are your thoughts on this year’s Atlantic hurricane season, with Hurricane Fiona and now Hurricane Ian both expected to have severe impacts?

SSC: The overall Atlantic hurricane season this year has been slower, with less named storms and generally weaker and shorter-lived storms than the recent average, especially compared with the last two busy years in 2020 and 2021. However, hurricane impacts on society are not necessarily correlated the number of storms. It depends on individual storms and where they occur. Land-falling hurricanes, like Fiona and Ian, have very high impacts, including extreme wind, rain, storm surge and flooding. In fact, one of the most costly events, Hurricane Andrew in 1992, occurred during a year when we had one of the lowest number of storms.

Q: You are working with the National Oceanic and Atmospheric Administration to use Saildrone observations. What do you hope to learn from this new technology?

SSC: Saildrones have transformed the way we observe hurricanes. Because of the extreme wind, rain, and ocean waves in hurricanes, in the past, we have not be able to get data inside the hurricane at the surface where hurricanes get energy to fuel themselves. Saildrones were able to collect valuable data in Hurricane Sam for the first time in 2021, and repeated its success in Hurricane Fiona in 2022. During Hurricane Ian, Saildrones and other technologies, including one developed at the UW, are collecting data in the hurricane environment, which will help us compare the data both in and outside of the storm. This will help develop new coupled models and evaluate model results.

Q: As a researcher, what aspect of this hurricane will you be looking at most closely?

SSC: My group’s current research focuses on better understanding, observing and predicting hurricane impacts, especially coastal and inland flooding when storms make landfall. We work to develop next-generation coupled models that combine atmosphere, ocean and waves for hurricane prediction. We also collect observations in the atmosphere, ocean, and at the air-sea interface for large ocean waves.

Q: Any other thoughts?

SSC: The complexity of forecasting hurricane impacts, such as flooding caused by a combination of rain, storm surge, river runoff and the built environment in urban and coastal cities, requires new interdisciplinary research involving scientists, engineers and decision-makers. We need to advance multidisciplinary research, technologies and training of new generation of scientists to take on this grand challenge. 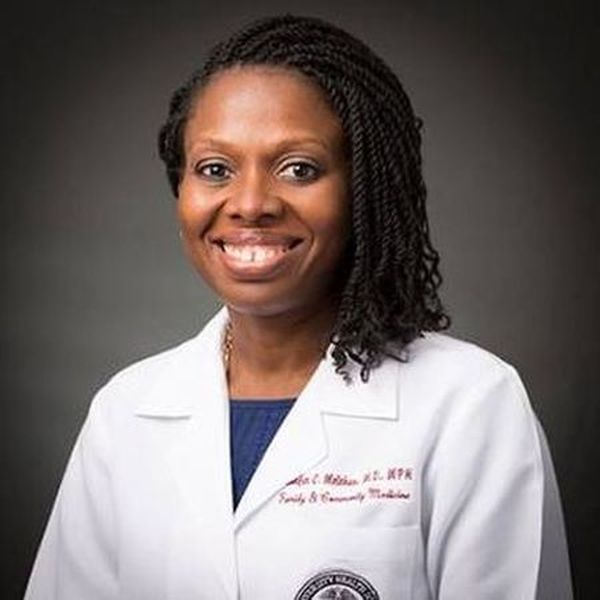 A Simple Colonoscopy Can Save Your Life