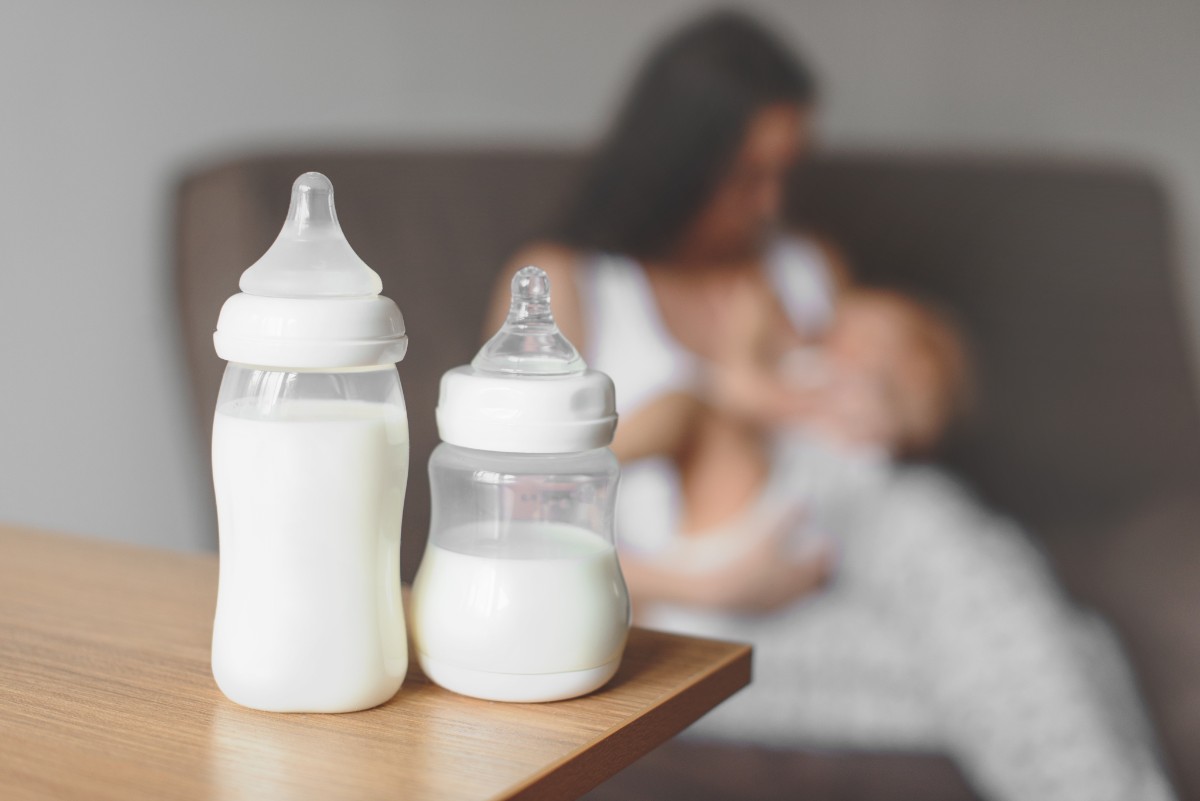 Breastfed babies are believed to suffer fewer allergic conditions, like eczema and food allergies, than formula-fed babies; yet the reason has not been well understood. Now, a new study by Penn State College of Medicine finds that small molecules found in most humans’ breast milk may reduce the likelihood of infants developing allergic conditions like atopic dermatitis and food allergies. The researchers said the discovery could lead to strategies for mothers — such as encouragement and support for breastfeeding or dietary and exercise interventions — to help lower the odds of their babies developing allergies.

Atopic conditions, like food allergies, asthma and a skin condition called atopic dermatitis occur in approximately one-third of children as a result of inappropriate activation of the immune system to environmental exposures.

“Infants who breastfeed beyond three months may have a lower risk for these conditions, but we don’t fully understand the biology behind this,” said Dr. Steven Hicks, associate professor of pediatrics and pediatrician at Penn State Health Children’s Hospital.

Hicks’ research focuses on the relationship between the environment, biology and neurodevelopment and growth in children. His prior studies demonstrate how micro‑ribonucleic acids (miRNAs), tiny molecules that can regulate gene expression throughout the body, can be used to diagnose certain health conditions like concussion or autism.

“There are nearly 1,000 different kinds of miRNAs in human breast milk and composition varies due to maternal characteristics like weight, diet and genetics,” Hicks said. “We hypothesized that four of these miRNAs could have a protective effect against infant allergies based on prior research showing relationships between these miRNAs and certain allergic conditions.”

The researchers followed 163 mothers who planned to breastfeed for at least four months and their infants from birth through 12 months. They tracked how long each baby breastfed, and measured the miRNA composition of each mother’s breast milk over the course of lactation (0, 4 and 16 weeks). The team calculated the amount of specific miRNAs infants consumed based on reported breastfeeding patterns and the concentration of certain miRNAs in mothers’ milk samples. The researchers evaluated infants for atopic dermatitis, food allergies and wheezing throughout the study.

Of the infants studied, 41 (25%) developed atopic dermatitis, 33 (20%) developed a food allergy and 10 (6%) had wheezing. Infants who did not develop atopy consumed greater amounts, on average, of miRNA-375-3p (miR-375) in their mothers’ breastmilk, than infants who developed atopy. There were no other differences in maternal traits, infant traits or environmental exposures between infants with atopy and infants without atopy. The researchers also found that levels of this miRNA increased throughout lactation and that mothers with a lower body mass index tended to have a higher concentration of miR-375. The results were published in The American Journal of Clinical Nutrition on Sept. 27.

“The fact that miR-375 content increased during the course of lactation may explain why sustained breastfeeding has been associated with reduced atopy in certain studies,” Hicks said. He noted that the greatest increase of miR-375 happened in the first month following birth, but that the upward trend continued between months one and four. “In contrast with formula, which does not contain human miRNAs, miR-375 is present in more than 99% of human milk samples, and it accounts for just under 1% of all miRNAs in breastmilk.”

According to Hicks, the findings from this study could lead to new interventions to prevent infants from developing allergies. Future research will focus on confirming these findings, defining the mechanisms through which miR-375 prevents allergies and exploring interventions to boost miR-375 levels in maternal breast milk. Hicks also said that with further research miR-375 might one day be added to formula, which currently contains no miRNAs, to help address the disparity that formula-fed babies are more likely to develop atopic conditions.

Archaeology: Owl-shaped plaques may have been on Copper Age children’s wish list