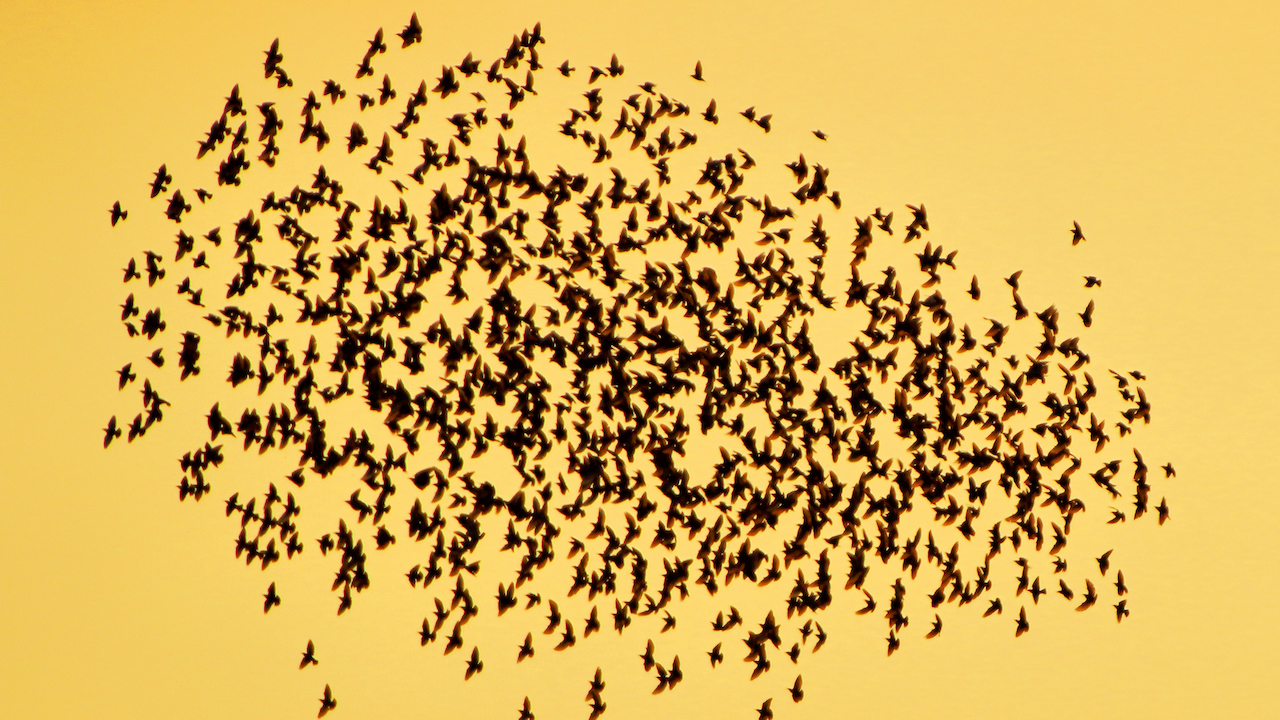 Some complexity science concepts are already part of the lexicon of biology. For instance, evolution and adaptation are foundational to both fields. In a recent paper in Animal Behaviour, four current and past Santa Fe Institute postdoctoral fellows propose three additional concepts from complex systems science — scales of organization, compression, and emergence — that could be particularly useful to researchers studying complexity in animal sociality.

“None of these three concepts are, by themselves, diagnostic of a complex system, but all three are often part of one,” says Elizabeth Hobson (University of Cincinnati), a former SFI complexity postdoc and lead author on the paper. “These concepts could lead us in totally new directions and offer new insights into animal social complexity.”

The four authors on the paper come from wildly different perspectives, says mathematician Joshua Garland (Santa Fe Institute). Garland and Hobson, together with SFI Postdoctoral Fellow Artemy Kolchinsky and former SFI Omidyar Fellow Vanessa Ferdinand (University of Melbourne), span fields including information theory and neurology, cultural evolution, mathematics, and animal behavior. “The range of fields made it challenging to agree on just three concepts, but the diversity of perspectives is an asset to this paper,” says Garland.

The first concept — social scales — is important to consider when measuring complexity in animal societies, because the level of complexity may vary across scales. The interactions of two individual honeybees, for example, may be quite simple, while the organizational structure of the hive can be highly complex.

The second concept, compression describes how systems encode information. Animal researchers could use compression to better compare different animal systems to one another or to describe the possible cognitive processes that allow social animals to remember relationships and group structures. “It could help us understand how animals reduce the overall cognitive load while functioning in their societies,” says Hobson.

The final concept, emergence, is when a new pattern appears, often at a higher level of social organization, from lower-level interactions. A classic example is the wave-like behavior of a large flock of birds – something that can’t exist at the individual level. Other social behaviors, like dominance hierarchies, culturally learned behaviors, or leadership within groups can also exhibit emergent properties.

“These are three big concepts that are both important and immediately applicable,” says Garland. “but they just scratch the surface of complex systems ideas that could be useful for animal sociality research.”