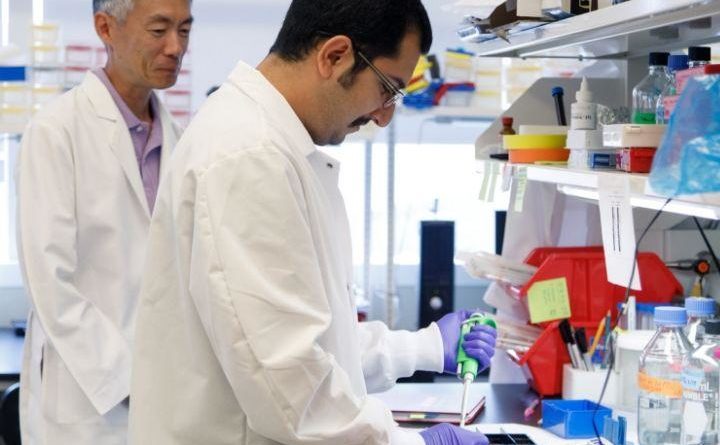 A single cholesterol-derived molecule, called 27-hydroxycholesterol (27HC), lurks inside your bloodstream and will increase your body fat, even if you don’t eat a diet filled with red meat and fried food. That kind of diet, however, will increase the levels of 27HC and body weight.

. First author of the paper, doctoral student Arvand Asghari, adds, “But it does need some help from the diet to increase body weight because it expands the capacity of the fat already in the body.”

Long term applications of the findings could lead researchers to a treatment that reduces the levels of 27HC, which could result in reduced capacity for making fat. “We hope to develop a new therapeutic approach toward modulating 27HC levels to treat cholesterol and/or estrogen receptor-mediated diseases such as cardiovascular diseases, osteoporosis, cancer and metabolic diseases,” said Umetani, whose lab is part of the UH Center for Nuclear Receptors and Cell Signaling.

Prior to this research, 27HC was known as an abundant cholesterol metabolite, and Umetani’s group has reported its detrimental effects on the cardiovascular system, but its impact on obesity was not well known.

Obesity is one of the main risk factors influencing cardiovascular disease worldwide in both men and women and estrogen plays a role in both sexes. Menopause in females, with its accompanying decrease in estrogen, seems to hasten the increase in fat tissue because estrogen protects against adiposity and body weight gain. In men, estrogens are also synthesized locally by conversion of testosterone, so they may also play important roles in the development of fat tissues in males.

“Estrogen receptors (ERα and ERβ) are members of the nuclear receptor superfamily and are present in adipocytes,” said Umetani. “Patients with a non-functional ERα are obese, and those that do not have ERα have increased fat tissue even when they eat the same amount of food, indicating that ERα is the important isoform in the regulation of adipose tissue by estrogen.”

The main function of 27HC in the liver is to reduce excess cholesterol. Previously, Umetani discovered that 27HC binds to estrogen receptors and acts as an inhibitor of ER action in the vasculature. It turned out that the effects by 27HC are tissue-specific, thus 27HC is the first identified naturally-produced selective estrogen receptor modulator, or SERM.

This part of information is sourced from https://www.eurekalert.org/pub_releases/2019-08/uoh-tro082819.php