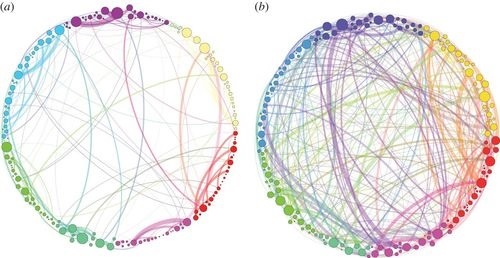 In the last few years, new research has demonstrated the powerful potential for classical psychedelics, especially psilocybin (the active compound in “magic mushrooms”), to treat a range of mental health disorders, including depression, anxiety and addiction. In 2018, the FDA assigned psilocybin a Breakthrough Therapy Designation. In response, UC San Diego’s Arthur C. Clarke Center for Human Imagination organized a new collaboration with groups across campus, including the Center for Human Frontiers at the Qualcomm Institute and the Departments of Anesthesiology and Psychiatry, to launch the Psychedelics and Health Research Initiative (PHRI). Its mission is to study the potential of psilocybin and other related compounds to promote healing and help manage pain.

While much of the new research on psychedelics shows its potentially high efficacy for treating psychological disorders, relatively little research has been done to demonstrate their uses for the treatment of chronic pain conditions.

Since pain has both physical and affective/cognitive components, the PHRI’s preliminary findings indicate that psychedelics, alone or as part of multi-pronged treatment, can produce significant, meaningful and lasting reductions of chronic pain conditions such as cluster headache, complex regional pain disorder, phantom-limb pain, tinnitus and others. As a non-addictive alternative to opioids, psychedelics represent a revolutionary and much-needed new approach to the treatment of pain.

“Neuropathic pain conditions such as phantom limb pain are often difficult to treat,” says Furnish. “The possibility that psychedelics could reorganize pain pathways in the brain holds out the promise of a much more long-lasting treatment than current medication can offer.”

History of psychedelics research on campus

Research on the classical psychedelics, which include LSD, DMT, mescaline and psilocybin, has a long history at UC San Diego. Mark Geyer, Distinguished Professor of Psychiatry and Neurosciences Emeritus and founding member of the PHRI, has conducted research on the behavioral and neurobiological effects of psychedelics for more than 40 years at UC San Diego.  He also helped start the Heffter Research Institute in 1993, dedicated to renewing research into beneficial uses of psychedelics—research that had been cut off prematurely during the 1970s.

“The research pioneered by the Heffter group has already provided breakthroughs in our understanding of the neurobiology and therapeutic potential of psychedelics,” says Geyer. “It is clear that further such research will result in currently unimagined treatments for human illness and a deeper understanding of human nature.”

Though the roots of this research go back decades at UC San Diego, the seeds of the PHRI began with a 2016 accident in the desert involving UC San Diego researcher Albert Yu-Min Lin. A Qualcomm Institute research scientist and National Geographic Explorer, Lin lost his lower leg in that accident. Afterwards, he experienced debilitating phantom-limb pain, the sensation of pain seeming to come from the missing limb.

“After losing my leg,” says Lin, “I faced two immediate challenges. The first was rebuilding mobility, which could be done with prosthetics. The second was remapping my mind to let go of extreme pain that seemed to come from a body part that was no longer physically there. Luckily for me, the authority on the topic of phantom pain happened to be a UC San Diego faculty member, V.S. Ramachandran.”

While Mirror Visual Feedback—the method pioneered by Ramachandran, distinguished professor of psychology and neurosciences, for treating phantom-limb pain—provided temporary relief, Lin observed that “when the mirror was removed the pain came rushing back, as if my mind just wouldn’t let it go.”

But psilocybin provided the profound relief he sought. A 2018 case study published in Neurocase, co-authored by Ramachandran, Chaipat Chunharas, Zeve Marcus and Furnish, documents Lin’s experience: a single session with psilocybin resulted in immediate, persistent and profound reduction in what had been debilitating post-trauma pain caused by an amputation.

“Freeing myself of the pain gave me back my life,” says Lin, who is the director of the Center for Human Frontiers based at the Qualcomm Institute.

But the use of psilocybin to treat phantom limb pain has not been researched in a controlled, rigorous way. Some studies in Japan in the 1970s used LSD with phantom-limb sufferers, with small but suggestive results.

Recent studies have shown that exposure to psychedelic drugs promotes neuroplasticity. Based on those existing findings, psilocybin may be effective against phantom limb pain because it causes new functional brain connections and pathways to form in brain regions supporting body self-image and the experience of pain. On the other hand, it could be that the profound psychedelic experience facilitates a “restart mechanism” if you will, that modulates the feeling of pain, says Fadel Zeidan, PHRI member, associate director for research at the UC San Diego Center for Mindfulness and assistant professor of anesthesiology.

There is intriguing overlap with the research of Zeidan, who works to understand the effects of mindfulness meditation as a treatment for pain. His studies show that mindfulness reduces pain through multiple, unique brain processes that are distinct from placebo and other pain-relieving techniques.  Recent research demonstrates that psychedelics produce states of mind and brain connectivity that are similar to those of experienced meditators, and that the two—psychedelics and mindfulness—are mutually supportive. Zeidan says that mindfulness meditation practice also promotes a “restart button” but one that you can press in a moment-to-moment fashion.

Non-opioid treatments for pain conditions—including cluster headache, complex regional pain syndrome, phantom-limb pain, tinnitus and other forms of chronic pain—could mean radical improvements for the more than 100 million sufferers in the United States alone, as estimated by the Centers for Disease Control and Prevention.

According to the research team, these studies will provide a better understanding of how psychedelics can be used to treat pain, the mechanisms of action by which they produce their effects and how these phenomena illuminate new aspects of the healthy functioning of the brain.  Such advances will help guide how the healthcare system can adapt to best deliver these radically different modes of intervention, all in the context of UC San Diego’s world-class health and neuroscience research communities.

“Pain is a very tricky thing,” Lin says. “It can be entirely consuming to those who bear it. But my experience with pain opened a window into the power within the mind to do extraordinary things—to shift the perspective of pain, to potentially remap it away—and if that can help others it was all worth it.”

PHRI fosters further novel basic and clinical research on the use of psychedelics for the treatment of pain and potentially other syndromes. The interdisciplinary team is currently planning the first pilot study of the potential effect of psilocybin on phantom-limb pain, to be followed by future clinical trials and brain imaging research.