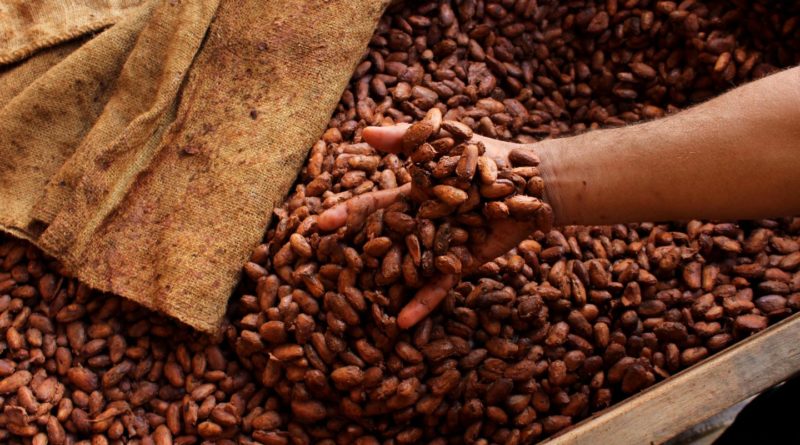 Just as we have seen an increase in the number of microbreweries making specialty beers, the market for chocolate has also developed, so there are more high-end chocolate manufacturers who are trying to stand out by fine tuning the taste and making several different varietals. Therefore, there is a need to know how you can address this during the processing of the noble cocoa.

The research was conducted on so-called noble cocoa (the varieties Criollo and Trinitario). Since the vast majority of the world’s cocoa production is of the Forastero varietal, much more research has been done on this variety than on the two aforementioned varietals.

“Criollo cocoa is less bitter than Forastero, but is still more aromatic. You could call it the Pinot Noir of cocoa. But Criollo is a hassle to cultivate and it is difficult to grow in Africa, which is why it is almost exclusively grown in Central America, South America and Madagascar,” says Professor with Special Responsibilities at the

“In this study we have, together with colleagues from Belgium and Nicaragua, examined for the first time how different conditions during fermentation affect the composition and activity of the microorganisms naturally present on the Criollo beans and how this affects the flavour of the finished fermented beans.

It has long been known that the processing, including the fermentation and drying of the cocoa, is important in relation to the final quality of the cocoa.

“Our research confirms this and we have also learned how to fine tune the cocoa by fine tuning the process itself, which means that you can get a higher quality out of your raw materials if you understand these processes,” says Dennis Sandris Nielsen.


Part of the flavour is formed in the fermentation

A cocoa fruit is the size of a small honey melon and contains 30-40 cocoa beans, which are surrounded by a pulp. If you take a raw cocoa bean and try to make chocolate from it, it does not taste good – you need fermentation to release the flavour potential.

The fermentation is done by opening the cocoa fruit, removing the beans and allowing them to ferment – for example, in a box (see picture).

The processes generate a lot of heat – reaching approx. 45-48 degrees. The alcohol and vinegar penetrate the beans and kill the germ in the cocoa beans so that they can no longer germinate. The cell walls are broken down, which means that different substances can react with each other and this is where the flavour development evolves.

Flavour development continues as the beans dry in the sun, where they are dried until they are microbially stable. Here ends the process for the cocoa farmers who can now sell the fermented and dried beans on. The producers are responsible for roasting the beans, where the substances formed during fermentation and drying react with each other, leading to the well-known and beloved flavour and aroma of cocoa.


Processing is as important as genetics

In the study, fermentations from different parts of Nicaragua (including highlands and lowlands) as well as fermentations with a variety of oxygen availability were studied.

“By using a combination of High Throughput Sequencing, chromatography and sensory analysis, we can get an understanding of the quality of the cocoa, particularly in relation to the processing. Overall, our findings show that the treatment the cocoa receives after the harvest is at least as important for the quality and flavour as the genetics of the cocoa. Where the cocoa was grown also has some significance. By varying the conditions during fermentation, we can therefore also reasonably predict the final taste, which provides good opportunities for high-end producers in particular to develop chocolate with different flavours and scents,” says Dennis Sandris Nielsen.

The cocoa varietal Forastero makes up 97-98 percent of the world cocoa market. Forastero is mainly cultivated in Africa and Asia. It gives a good yield and is easier to grow, because it is hardy against disease. The remaining 2-3 percent of the cocoa, Criollo and Trinitario, is called noble cocoa. The researchers have studied varietals of noble cocoa, which are a little harder to deal with than Forastero, but in return have a particularly desirable aroma and are less bitter and more aromatic than the typical Forastero cocoa. However, earlier research carried out by

has shown that, by controlling the fermentation process, a very fine taste can be fostered in the Forestero cocoa as well.

This part of information is sourced from https://www.eurekalert.org/pub_releases/2019-08/fos–tfo082619.php