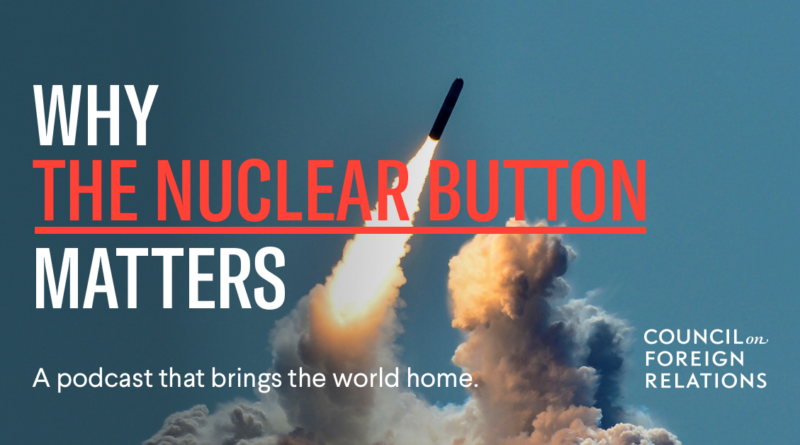 In the United States, the president has sole and unconstrained power to launch a first-strike nuclear attack. While the system is built to provide the president with as much expert advice as possible, consultation is not legally required, and some experts say that such an order could be executed in a matter of minutes.

Today, we unpack the president’s sole authority to launch, and its implications for national and global security. Is it wise to invest so much power in the hands of one person? What are the alternatives? Gabrielle Sierra explores a system that has been overlooked for years, as she sits down with three nuclear security experts.

“The President and the Bomb,”  Richard Betts

“What Should the World Do With Its Nuclear Weapons?,”  Joseph Cirincione, Atlantic

“An Unsung Hero of the Nuclear Age,”  Ron Rosenbaum, Slate

“American students aren’t taught nuclear weapons policy in school. Here’s how to fix that problem.,”  Erin Connolly and Kate Hewitt, The Bulletin of the Atomic Scientists

“What If We Nuke a City,”  Kurzgesagt