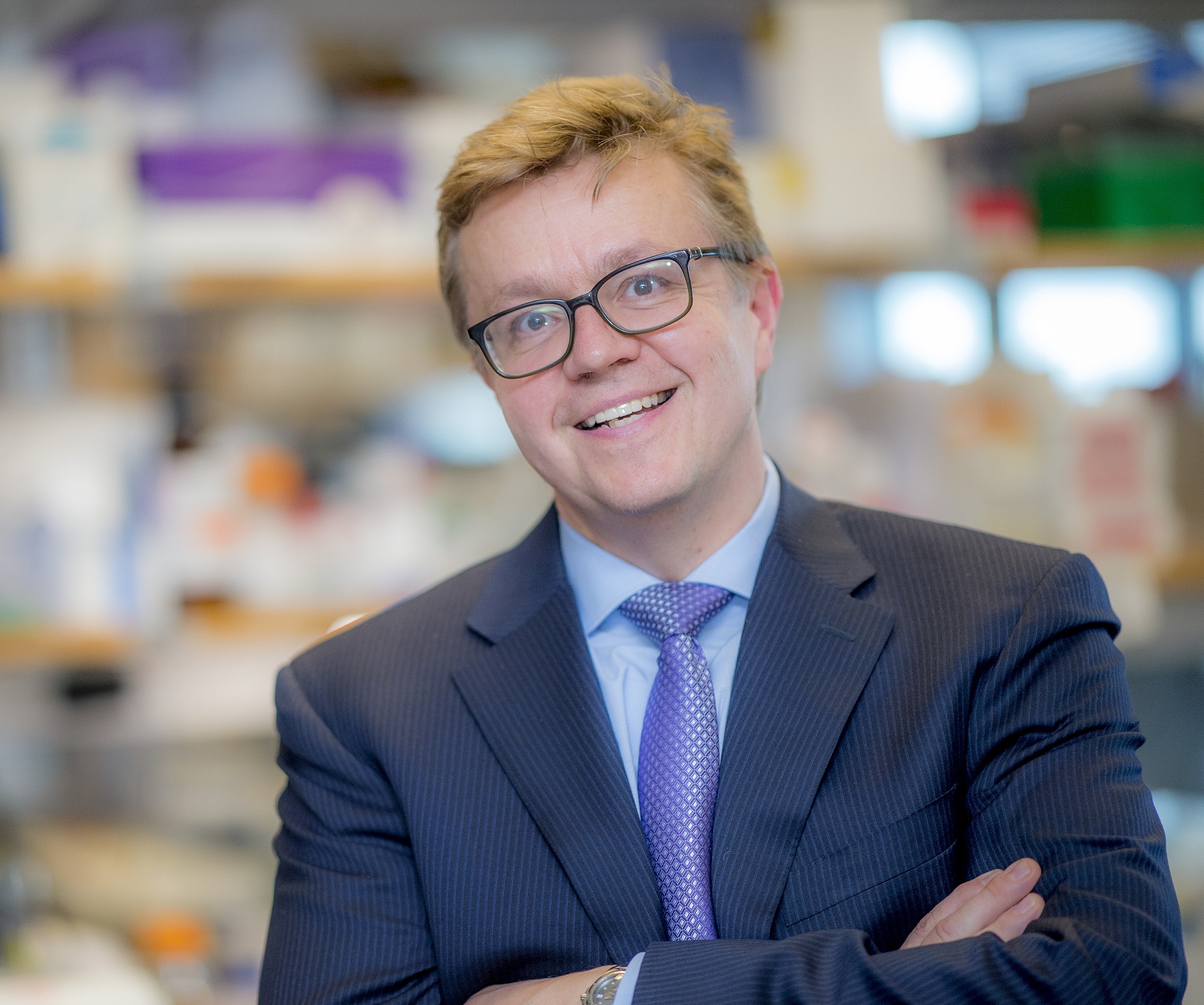 A novel agent that targets a mutated form of the KRAS gene – the most commonly altered oncogene in human cancers and one long considered “undruggable” – shrank tumors in most patients in a clinical trial with manageable side effects, researchers reported today at the 32nd EORTC-NCI-AACR Symposium on Molecular Targets and Therapeutic, which is taking place online.

The KRYSTAL-1 (NCT03785249) phase I/II trial tested the agent, adagrasib (MRTX849), in patients with non-small lung cancer (NSCLC), colorectal cancer, and other solid tumors such as pancreatic, endometrial, and ovarian cancer. At today’s symposium, Pasi A. Jänne, MD, PhD, Director of the Lowe Center for Thoracic Oncology at Dana Farber Cancer Institute, reported that of 51 patients with NSCLC participating in the trial, 45% had an objective response, meaning their tumors shrank by 30% or more and did not grow or spread to other parts of the body. The disease control rate was 96%, meaning that 49 of the patients had a partial or complete response or stable disease.

Among the 14 patients in the phase I/Ib cohort who had been followed for a longer period of time (median time of 9.6 months), an objective response was seen in six (43%). Five of these six patients were still in ongoing treatment as of the cut-off date, with four of these six patients on the duration of treatment has lasted for more than 11 months.

Adagrasib targets a KRAS mutation called G12C, which is associated with a poor prognosis and lack of response to standard treatments. The mutation occurs in approximately 14% of lung adenocarcinomas, the most common subtype of NSCLC, 3-4% of colorectal cancers, and 2% of pancreatic cancers. This translates into well over 100,000 people each year worldwide.

Adagrasib works by irreversibly and selectively binding to KRAS G12C in its inactive state, blocking its ability to send cell-growth signals and leading to cancer cell death.

Until recently no KRAS inhibitor had moved beyond preclinical testing, but in 2018 adagrasib was among several KRAS inhibitors approved by the U.S. Food and Drug Administration (FDA) for study in clinical trials beginning in January 2019. All patients in the KRYSTAL-1 phase I/II trial had advanced cancer and had previously received standard treatment for their disease, including chemotherapy and immunotherapy.

As part of the trial, researchers analyzed the treatment-related adverse side effects in all 110 patients who participated in the phase I/Ib and II parts of the trial, including those with colorectal cancer and other solid tumors, as well as those with NSCLC. Side effects included nausea (54%), diarrhea (51%), vomiting (35%), fatigue (32%), and increased levels of an enzyme that indicates minor liver irritation (20%). The only serious adverse side effect to occur in more than one patient was low sodium in the blood, which occurred in two patients.

“KRAS G12C patients are a population for which there are no proven targeted therapies. Once chemotherapy or immune therapy fails in a patient, treatment options are limited,” said Jänne. “The fact that we are seeing responses in 45% of patients with adagrasib is incredibly meaningful as it opens up the possibility of a new treatment option for this subset of lung cancer patients.”

Of 18 patients with colorectal cancer who could be evaluated, three (17%) had a confirmed objective response and two of them continue to receive treatment. Disease control was seen in 17 of the patients (94%) and 12 of these patients continue to be treated, including ten of 18 patients on treatment for greater than four months.

Among the six patients with other solid tumors who could be evaluated, a partial response was confirmed in one patient each with endometrial cancer, pancreatic cancer, ovarian cancer, and cancer of the bile duct (cholangiocarcinoma). Two appendiceal cancer patients who were treated achieved stable disease. All six patients remain on the treatment.

Researchers are also looking at combining adagrasib with other targeted therapies, such as pembrolizumab for NSCLC, cetuximab for colon cancer, investigational SHP-2 inhibitor, TNO-155, in either NCSLC or colon cancer and afatinib for NSCLC.