Medical, nursing, and graduate students at the Uniformed Services University of the Health Sciences (USU) can now add Indian Health Service (IHS) facilities to the list of sites where they can do their clinical rotations, thanks to a newly formed agreement between the university and the IHS.

The risk of suicide attempt for Soldiers with suicide ideation is highest within the first 30 days after they have suicidal thoughts, according to a study published Sept. 1 in the American Journal of Psychiatry by researchers at the Uniformed Services University of the Health Sciences (USU). The study also found that Soldiers with a prior anxiety disorder diagnosis, women, and combat medics, are at greater risk for suicide attempt.

The first “Stop the Bleed” course designed for high school students — First Aid for Severe Trauma or FAST — is now available nationwide. FAST teaches the public how to save a life in the moments following a life-threatening injury, such as those sustained in car crashes, or falls.

For the second consecutive year, the Uniformed Services University’s Daniel K. Inouye Graduate School of Nursing (GSN) was recently named a National League for Nursing (NLN) Center of Excellence in Nursing Education. This year, the prestigious honor was bestowed upon the advanced nursing program for its superior standards in promoting faculty expertise This is a five year designation for this category (2021-2025). 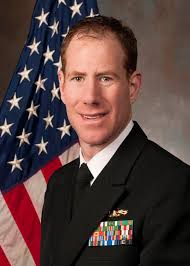 Navy Capt. (Dr.) Eric Elster, the Chair and Norman M. Rich Professor of Surgery for the Uniformed Services University of the Health Sciences (USU) Department of Surgery, has been named as the new Dean of the Hébert School of Medicine at USU, following a lengthy national search. Elster will be responsible for the undergraduate medical education of more than 680 uniformed medical students and more than 340 military and civilian graduate students each year. He succeeds Dr. Arthur Kellermann, who left last year to become senior vice president of the Health Sciences at Virginia Commonwealth University and CEO of the VCU Health System.

Five genes may play a key part in influencing if a person will contract Lewy body dementia, and possibly dementia from Parkinson’s and Alzheimer’s diseases, according to a study published in Nature Genetics Feb. 15. The genes, BIN1, TMEM175, SNCA, APOE, and GBA, were identified by a team of scientists at the National Institute of Neurological Disorders and Stroke and the National Institute on Aging, National Institutes of Health, and sequenced by The American Genome Center (TAGC), a series of state-of-the-art laboratories at the Uniformed Services University of the Health Sciences. 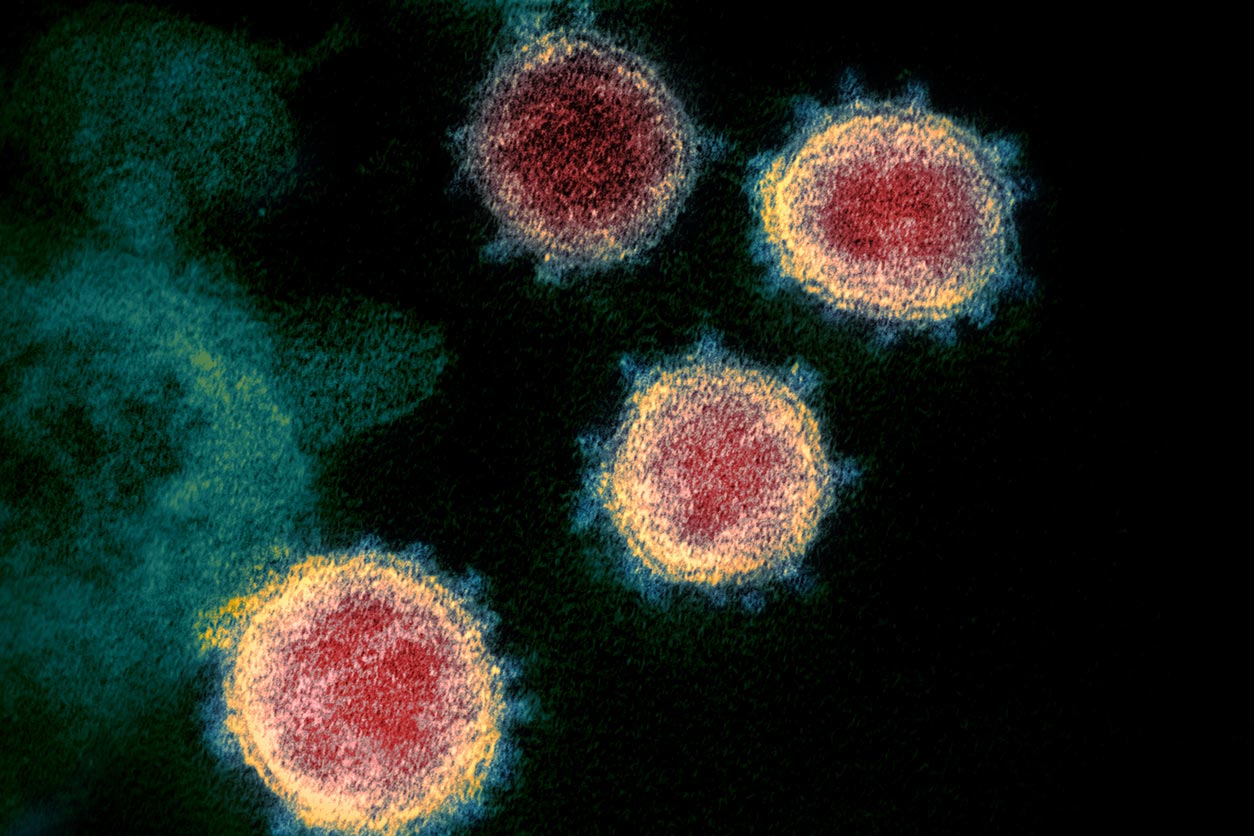 Researchers from the Uniformed Services University (USU) recently identified pint-sized antibodies, or “nanobodies,” that could protect against COVID-19. At least one of these nanobodies – produced by a llama named Cormac – also appears to work well in either liquid or aerosol form, suggesting it could also help protect a person’s lungs from infections. 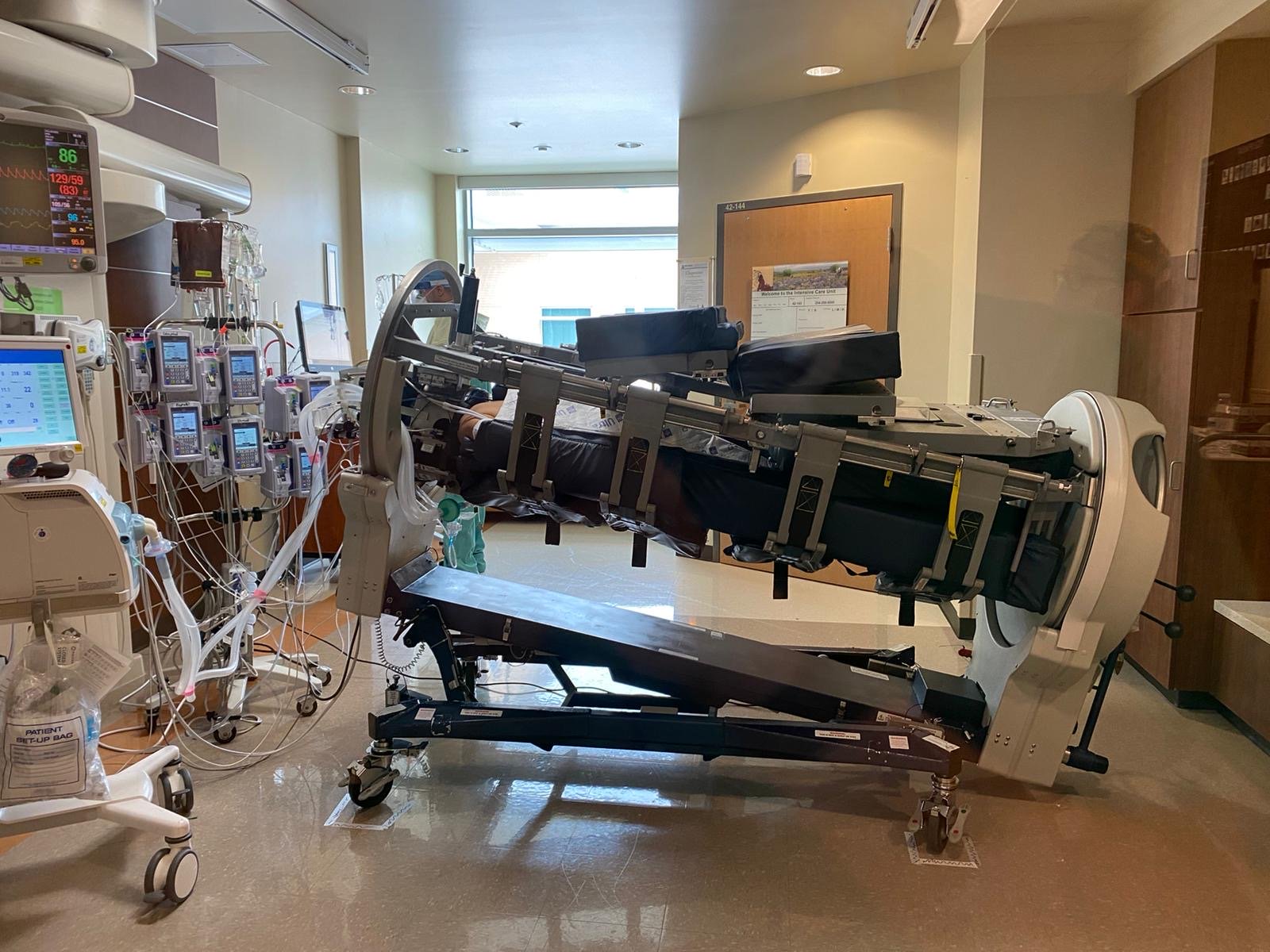 Individuals with severe forms of COVID-19 disease can present with compromised type I interferon (IFN) responses based on their genetics, according to results published in two papers today in the journal Science. Type I IFN responses are critical for protecting cells and the body from more severe disease after acute viral infection.

New guidance for use by behavioral health providers, policy makers and community leaders in the wake of disasters has just been released by the Uniformed Services University of the Health Sciences. 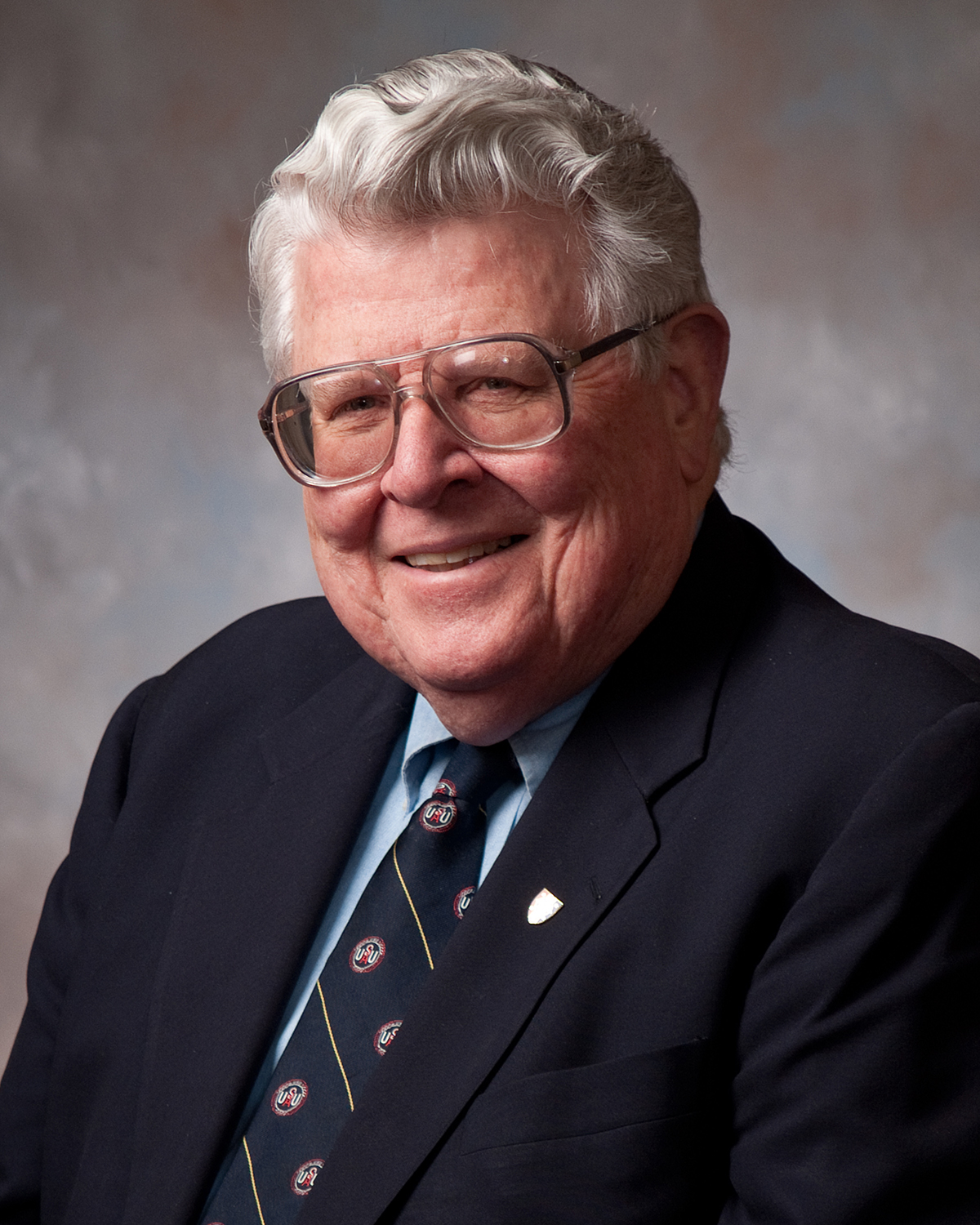 WIth all of the physical distancing and other restrictions currently in place, the Uniformed Services University will now be holding a virtual commencement ceremony on Wednesday, April 1. Medical students and advanced practice nursing students from the USU class of 2020 will be graduating several weeks early to help support their colleagues in the military health system amid the global coronavirus pandemic. 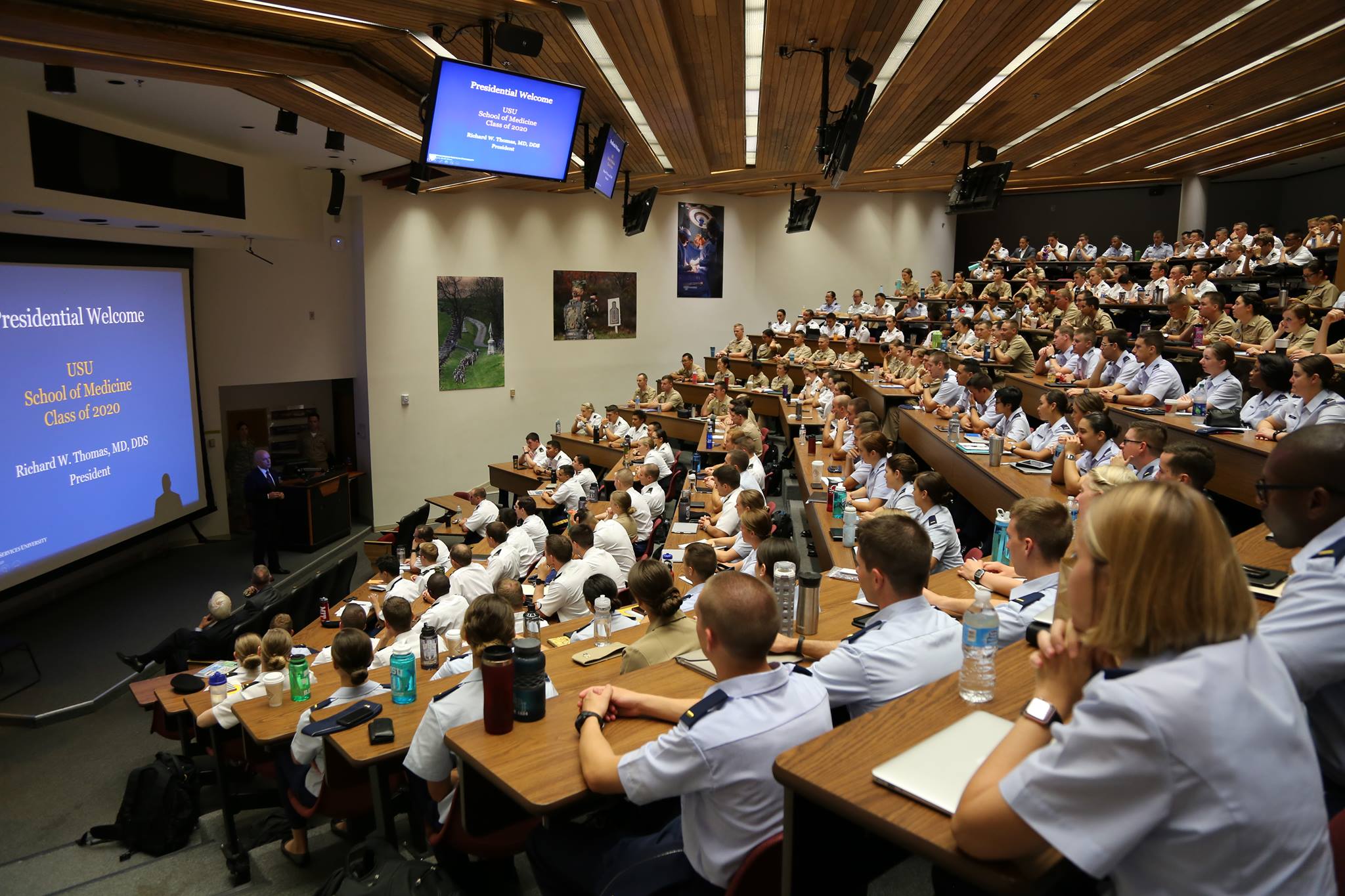 More than 200 military medical students and graduate nursing students from the Uniformed Services University of the Health Sciences (USU) will be graduating early to support their colleagues in the U.S. military health system amid the global coronavirus pandemic. USU President Dr. Richard Thomas made the decision when the national emergency was declared.

Scientists from the Uniformed Services University (USU), Emory University and the University of Vermont have found that cigarette smoking is linked to increased lesions in the brain’s white matter, called white matter hyperintensities. White matter hyperintensities, detected by MRI scan, are associated with cognitive decline and Alzheimer’s disease. These findings may help explain the link between smoking and increased rates of dementia and other forms of cognitive decline. 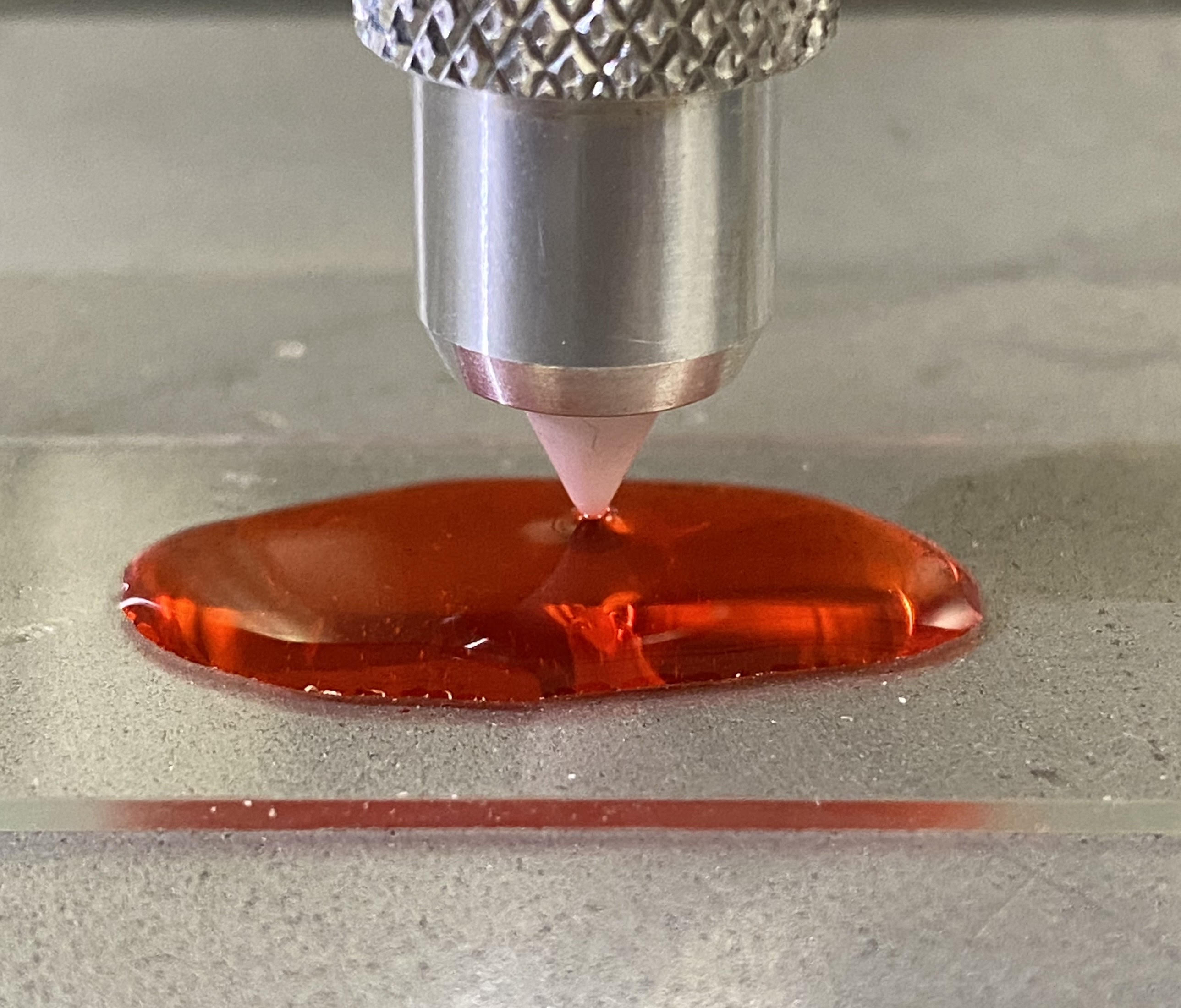 A new program launched by the Department of Defense could be the answer to blood shortages on the battlefield, other remote locations, and in hospitals. The Uniformed Services University of the Health Sciences’ 4D Bio3 On-Demand Blood Program, or 4D Bio3 Blood, has developed highly efficient protocols and technology to generate red blood cells from stem cells. A key part of this technology is large-scale cell expansion at low cost, producing sufficient red blood cells for treatment in trauma care. This technology is also being adapted to create neutrophils, ultimately allowing for whole blood transfusion using these methods in the future.

As the world nears poliovirus eradication, the vaccines themselves have become the greatest threat. In response to a global demand for an effective, safer-to-handle and less costly polio vaccine, scientists at the Uniformed Services University (USU) have developed a new one that could help secure a polio-free world.

Lifetime history of exposure to a traumatic event and self-reported lifetime and current depression are predictive of recent suicide ideation in deployed soldiers, according to a new JAMA Network Open study published January 29, 2020. Researchers suggest that attention to deployment experiences that increase suicide ideation in soldiers with past trauma and major depressive disorder can assist clinicians and leadership in identifying and treating Soldiers at increased risk for suicide. 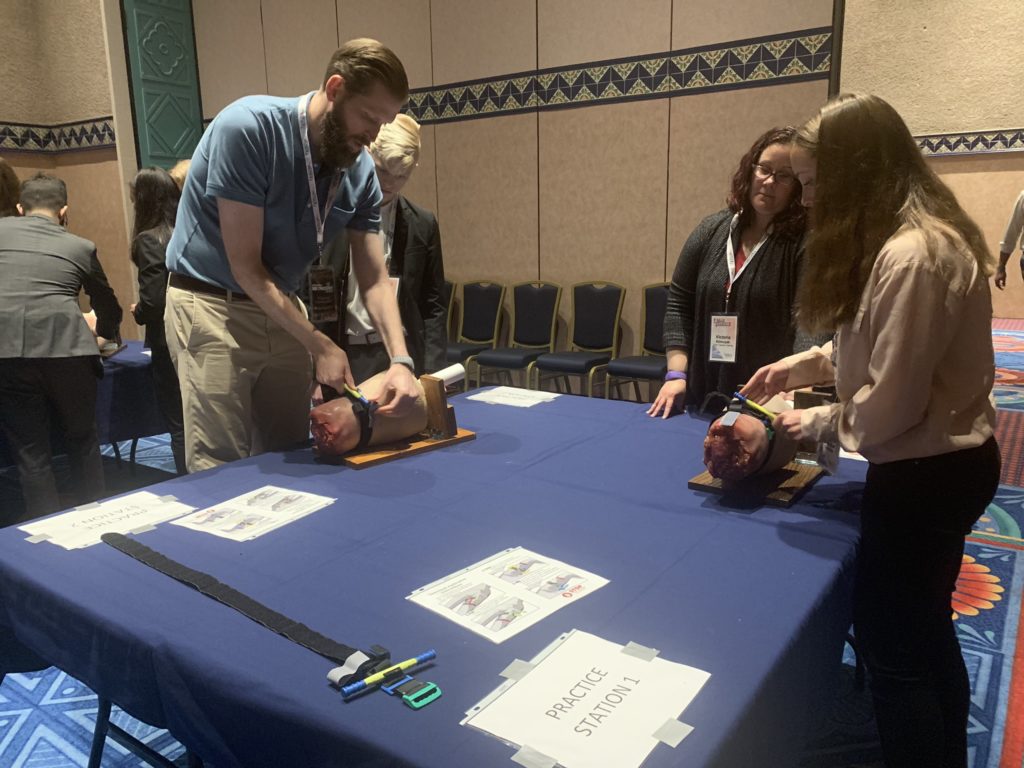 A life-saving course is in development to train high school students around the country how to to deliver the first aid skills for severely injured trauma victims. The education and training course is being created by the Uniformed Services University of the Health Sciences’ National Center for Disaster Medicine and Public Health (NCDMPH) and The American Red Cross (Red Cross). Students who successfully complete the course will receive certificates documenting their first aid training.

The effects of a traumatic brain injury (TBI) are pretty clear – problems with memory, headaches, and emotions – but what’s unclear is the underlying pathological causes for those symptoms. According to new research led by researchers at the National Institutes of Neurological Disorders and Stroke (NINDS) in collaboration with the Uniformed Services University (USU), those underlying pathological causes may actually involve more extensive blood vessel damage than previously known. These findings could help target better treatment of these common injuries.

More than 15 years after Sept. 11, 2001, a majority of bereaved family members who lost a loved one in the terrorist attacks that day appear to be healthy and are not reporting symptoms of a mental health condition, while one-third still likely meet the criteria for depression, grief, and anxiety, according to a recent collaborative study led by the Uniformed Services University of the Health Sciences (USU).

Treatment with two common FDA-approved gout medications have been found to cause rapid death to the parasites that cause elephantiasis.

A common tuberculosis (TB) vaccine could decrease the risk of lung cancer if administered during early childhood, according to a study published Sept. 25 in JAMA Network Online. 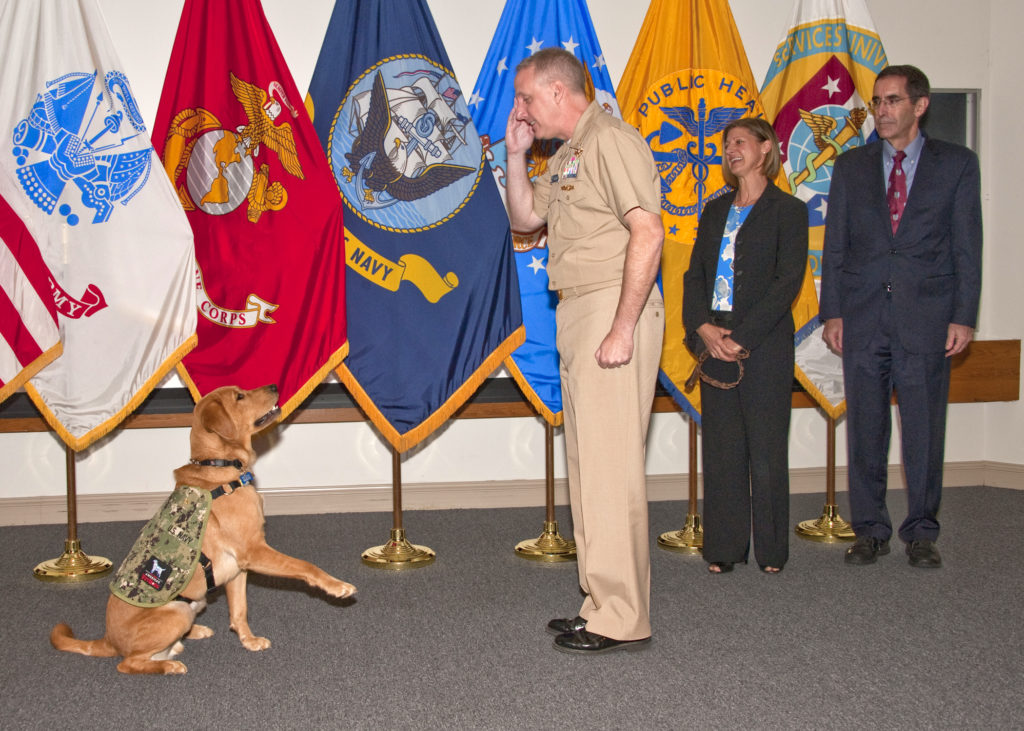 Future military health care providers are learning new ways to care for patients thanks to the help of a two-year-old Golden Labrador Retriever mix named Shetland. The Uniformed Services University of the Health Sciences (USU) recently welcomed Shetland as its very own facility dog – making its F. Edward Hébert School of Medicine the first medical school to have a permanent, live-in facility dog.