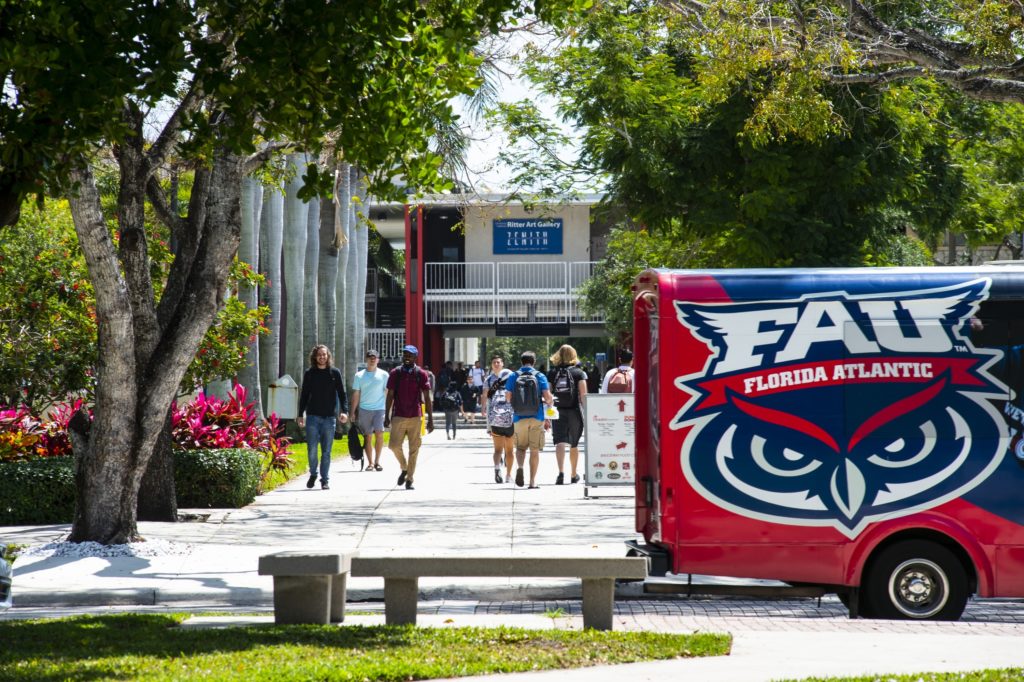 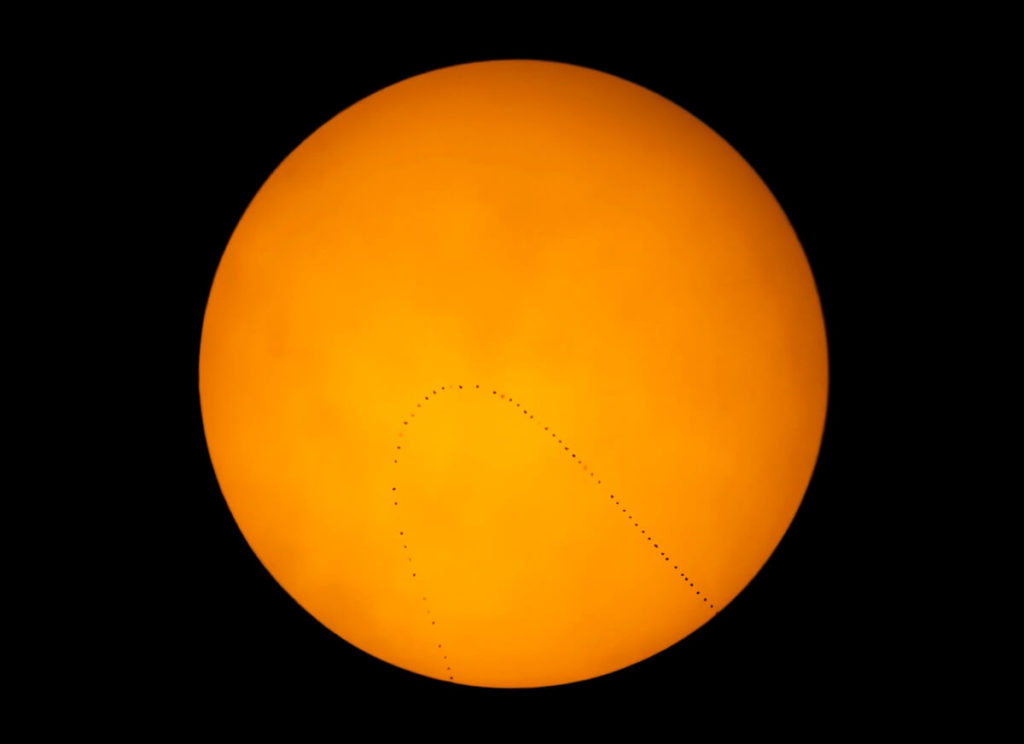 About 13 times per century, fleeting Mercury can be seen passing directly in front of the Sun in what is called a transit. The most recent Mercury transit occurred on 11 November 11, 2019. While the path of Mercury across the Sun in fact traced a straight line, in this image the path appears to loop backwards due to an effect called field rotation as the telescope and camera track across the sky.