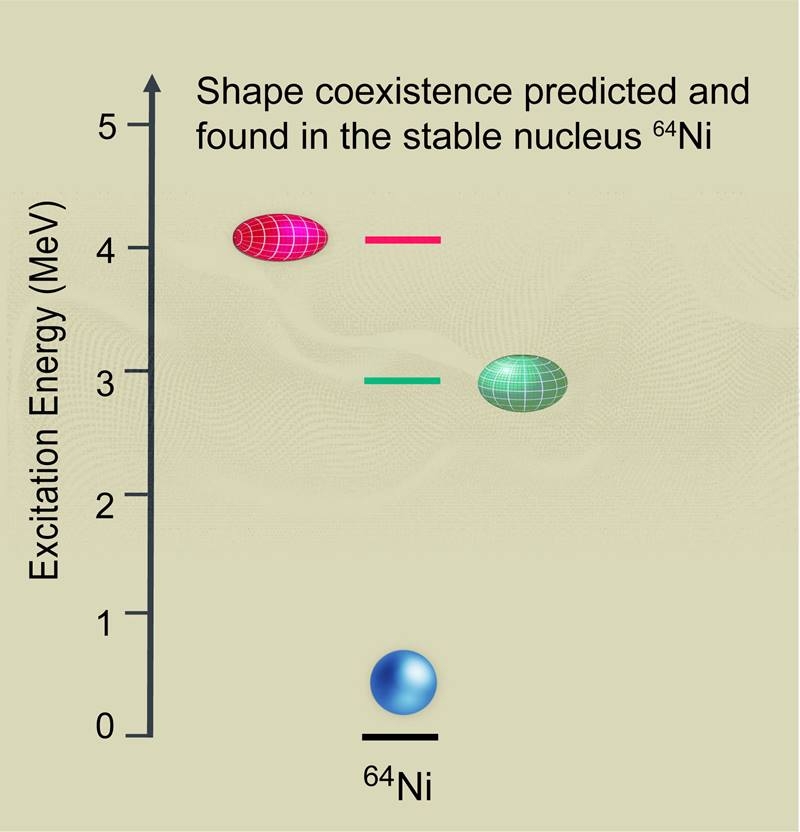 Scientists have identified three distinct shapes in stable nickel-64 that appear as energy is added to the nucleus. The nucleus in the lowest-energy state is spherical, then takes elongated (prolate) and flattened (oblate) shapes as the protons and neutrons surrounding the nucleus gain energy. This demonstrates profound changes in the way protons and neutrons can arrange themselves.