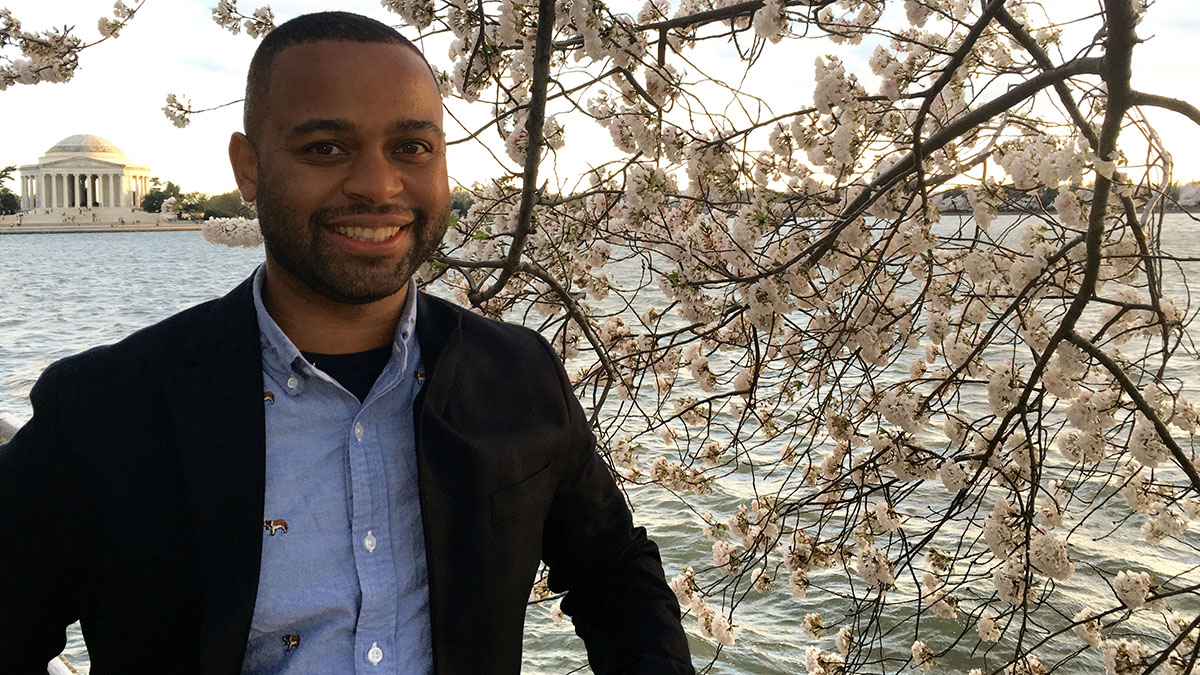 The American Institute of Physics and the National Society of Black Physicists congratulate physicist Thomas A. Searles as the winner of the inaugural Joseph A. Johnson III Award for Excellence. Named to honor the legacy of the renowned experimental physicist and founder of NSBP, the Joseph A. Johnson III Award will be given annually to recognize an early career NSBP physicist who exemplifies Johnson’s ingenuity as a scientist and passion for mentorship and service.