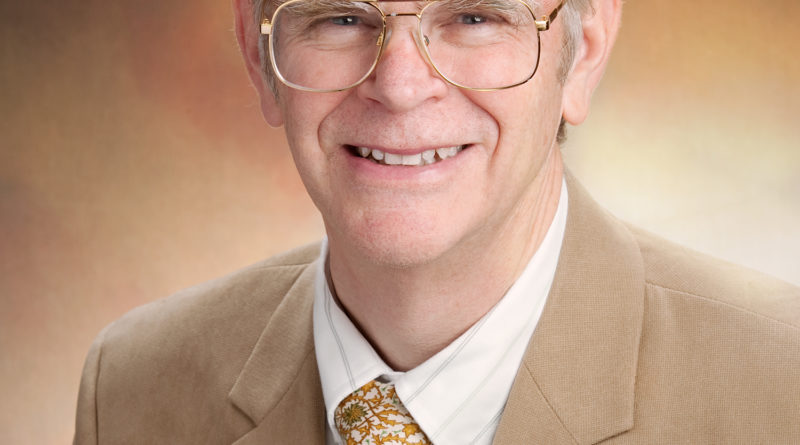 Philadelphia, Oct. 15, 2019–-Subtle changes in the DNA of mitochondria, the tiny power plants within cells, can have profound consequences for a patient’s health. New research reveals biological mechanisms by which variants in mitochondrial DNA (mtDNA) alter energy flow and metabolism, generating a series of signals that affect how genes are expressed within the cell nucleus. The findings help to explain the complexity of mtDNA diseases. They also suggest that relatively minor therapeutic changes in mitochondrial energetics could offer significant future benefits to patients, who currently have few options for treatment.

The study leader of this research is Douglas C. Wallace, PhD, director of the Center for Mitochondrial and Epigenomic Medicine at Children’s Hospital of Philadelphia (CHOP). Wallace and colleagues from CHOP, the University of Pennsylvania and Drexel University published their study online June 28, 2019 in Proceedings of the National Academy of Sciences.

Each cell has hundreds of mitochondria that reside in the cytoplasm, outside the nucleus. Mitochondria contain their own DNA (mtDNA), distinct from the well-known nuclear DNA (nDNA) residing in a cell nucleus. Because each cell contains hundreds to thousands of mtDNAs, a cell can have different mixtures of normal and mutant mtDNAs, a state known as heteroplasmy. In fact, different patients and different tissues within a patient can have different percentages of the mutant mtDNAs. Mutations in mtDNA disrupt how the mitochondria produce energy. As the percentage of mutant mtDNAs increases, cellular energy declines until there is insufficient energy for normal function–resulting in disease symptoms.

Because mtDNA codes for critical energy-producing genes, changes in mtDNA genes alter how the mitochondria produce both energy and metabolic products. These mitochondrial metabolites can enter the cell nucleus, where they activate enzymes to make multiple changes in the histones—proteins that surround nDNA, and control the expression of nDNA genes.

“We previously showed that changes in mitochondrial DNA strongly regulate the expression of nuclear genes,” said Wallace. “Our new study reveals the molecular basis of this process, connecting the dots between mtDNA mutations and their effects on human health. Ultimately, we aim to use this increased understanding to guide us to effective treatments for mitochondrial diseases, and possibly for other complex disorders.”

The study team investigated the mechanism by which modest increases in heteroplasmy may trigger discrete shifts in both nuclear gene expression and clinical conditions. Wallace has compared this effect to phase changes—the way in which increases in heat abruptly change ice to water, and then water to steam.

Wallace, who has pioneered the field of mitochondrial genetics and medicine over four decades, previously characterized how small changes in a relatively common mtDNA disease mutation can be associated with abrupt changes in the clinical symptoms. The mutation in question alters a mtDNA transfer RNA gene (tRNALeu(UUR)) by changing one base in the RNA molecule. If 10 to 30 percent of an individual’s mtDNA has this tRNA mutation, the person has diabetes, and sometimes autism. If the mtDNA mutation level reaches 50 to 80 percent, it results in multisystem disease affecting the heart, muscle and brain, frequently causing devastating stroke-like episodes. At 90 percent or above, patients die in infancy.

“This striking array of different clinical manifestations resulting from a single mtDNA mutation is very different from the classic nuclear genetics model in which one gene encodes one protein, and a mutation causes one disease,” said Wallace. “We’ve been searching for the mechanisms to explain this broad variability of clinical symptoms of mtDNA disorders for the past thirty years.”

In the current study, Wallace and colleagues investigated the molecular processes in which mtDNA mutations alter metabolic products, which in turn affect signaling between the mtDNA and the nDNA. The researchers found that mitochondrial chemical signals modify the protruding tails of the histones. The modifications in histone tails change the coiling of chromosomes and thus regulate nDNA structure and gene expression. The chemical reactions of the histone tails commonly involve the adding or deleting of methyl or acetyl groups, a key part of the biological process called epigenetics. Those epigenetic changes can have profound effects on gene expression that directly affect clinical symptoms seen in metabolic and degenerative diseases. The current paper shows that the metabolites required to make the histone tail modifications come directly from the mitochondria.

To perform their functional research, the study team used cybrids—artificial hybrid cells developed decades ago by Wallace as a research tool. Each cybrid cell holds genetic material from two individuals. A hybrid cell combines different proportions of mutant and normal mtDNAs from a patient with the nucleus of a recipient cell from an unaffected individual. Thus, changes in the cybrid cell function and gene expression must be entirely the result of the differences in the mtDNA genotype.

This research was performed by students Piotr K. Kopinski and Kevin A. Janssen in collaboration with the laboratories of Benjamin A. Garcia, PhD, of the Penn Epigenetics Institute and Nathaniel W. Snyder, PhD, MPH, of the A. J. Drexel Autism Institute at Drexel University. Garcia’s group used mass spectrometry to measure the histone modifications, while Snyder’s team performed the metabolic analyses.

“Nothing in biology happens without energy flow,” said Wallace. “Hence, the nucleus must sense the status of energy flux through the mitochondrion.” The current study, said Wallace, delineates the molecular events by which bioenergetic reactions in the mitochondria produce metabolites that convey signals to the cell nucleus. Those signals determine which nuclear genes are expressed, which in turn affects overall bioenergetics and health. “No one had previously showed how the mitochondria determine the gene expression state of the cell nucleus,” said Wallace. Wallace, who has proposed that many metabolic and degenerative diseases may have a bioenergetic basis, concluded, “These findings open a new avenue for investigating and understanding many common complex diseases.”

About Children’s Hospital of Philadelphia: Children’s Hospital of Philadelphia was founded in 1855 as the nation’s first pediatric hospital. Through its long-standing commitment to providing exceptional patient care, training new generations of pediatric healthcare professionals, and pioneering major research initiatives, Children’s Hospital has fostered many discoveries that have benefited children worldwide.  Its pediatric research program is among the largest in the country.  In addition, its unique family-centered care and public service programs have brought the 564-bed hospital recognition as a leading advocate for children and adolescents. For more information, visit http://www.chop.edu