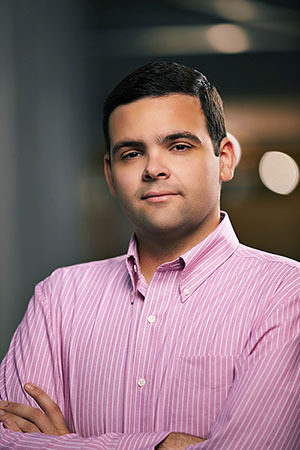 People who vote are more likely to practice social distancing during the COVID-19 pandemic than people with a lower sense of civic duty—regardless of political affiliation— according to a new study from Washington University in St. Louis.

Even as U.S. states began reopening, voluntary social distancing remained prevalent in high civic-capital counties, said John Barrios, assistant professor of accounting at WashU’s Olin Business School. He describes “civic capital” as having to do with trust in institutions.

“That’s not like trust in a politician,” Barrios said. “It’s actually more about institutional trust in the system rather than partisanship.”

In communities where civic capital runs high, people do things that don’t immediately benefit them personally, such as voting, volunteering or donating blood. Moreover, they generally trust their fellow citizens.

“Social distancing behavior depends on the willingness of individuals to consider the welfare of the collective when taking their own actions—a concept that has been linked to civic capital,” Barrios and co-authors note in “Civic Capital and Social Distancing During the COVID-19 Pandemic,” forthcoming in the Journal of Public Economics.

“If people actually go out and vote at a higher rate, that indicates there is some trust in the system,” Barrios said.

The research indicates that in U.S. locations where civic capital is higher—as measured by voter participation—people’s response to the loosening of COVID-19 lockdowns was muted, suggesting that some measures of compliance didn’t require the full force of law. Where civic capital is lower, however, the data show that people began ignoring social-distancing mandates even before they were lifted.

The evidence points to the importance of civic capital in designing policy responses to pandemics.

“We don’t have a vaccine yet. So a lot of this opening up of the economy is going to be based on this voluntary compliance with social distancing: wearing a mask, staying six feet apart,” Barrios said.

Governments everywhere face challenges in the fight against COVID-19. For instance, on one front, a key concern has been how many tests a day can be administered.

And then there are the social issues.

“As the fight moves to trench warfare, ensuring adequate compliance with public health recommendations becomes extremely important for the success of strategies to contain the virus,” Barrios said.

Recent literature on compliance with social distancing instructions has focused on political leaning and trust in government. (In the US, Trump-leaning counties comply less. In Europe, people in regions where trust is high in government comply more than in other regions.)

This new research moves beyond political affiliation and shows civic capital has an important role in explaining behavior.

“There is work that shows that this civic capital is associated with more efficient business, more compliance,” Barrios said. “And now we can say, ‘Well, we can have compliance in public health.’ Suppose you are in a high civic-capital area. In that case, you pay more attention to these voluntary measures, you practice more social distancing, even controlling for the political partisanship in the area.”

To measure social distancing behavior, the authors relied on anonymous mobile phone data from Unacast and Google Community Mobility Reports. The data providers supply anonymous data on changes in the number of visitors to—and time spent in—certain places, compared with a baseline for the same day of the week from January 3 through February 6.

Civic capital was harder to measure. The authors used electoral participation as the first indicator of civic capital, “since voting is the ultimate example of civic duty, with no personal payoff.” They computed average voter participation during the presidential elections from 2004 to 2016, obtained from the MIT Election Data Science and Lab, and mapped the data geospatially.

They then created scatter plots relating social distancing behavior to civic capital. Each of the plots controls for the number of confirmed COVID-19 cases, population density, income per capita, population, day of the week and the number of days since the first case in the county.

“If people are less likely to go out in counties with high civic capital, they will spend more time in the proximity of their residences,” the authors write. “The results confirm this trend.”

It is possible, however, that counties with higher civic capital have more restrictive stay-at-home orders. To address this, the authors conducted a telephone survey of 980 US adults on April 6-April 12 to measure social interaction and social distancing.

They asked, among other questions, “How many people were you in close physical contact with socially in the past seven days, not including people that live with you?”

The authors wondered if the effect of civic capital was just a US phenomenon, or did it apply to other countries as well? So, they then turned to European data. Even after controlling for the severity of the virus in regions, the age and education of the population, and population density, they found that more civic areas experienced a steeper decline in mobility around retailing and a steeper rise in the time spent by their residence.

“Overall, our findings show that civic capital is correlated with social distancing behavior consistently across individuals, European regions, and US counties.”

Understanding voluntary compliance with government guidelines is an essential step toward designing any government policy, but especially so during a pandemic, Barrios said.

Suppose citizens can’t be trusted to comply voluntarily with reasonable social distancing rules. In that case, governments have to either mandate rigid regulations and enforce them or use other ways to contain the disease.

As countries and states reopen their economies, epidemiologists can only predict how individuals will respond to new rules—and how the disease will spread—by looking at the mobility of individuals after restrictions have been lifted, the authors write. “Any variable able to predict compliance can significantly improve their predictions and thus provide better policy guidance.”

The research results have implications beyond COVID-19. “They confirm the idea that a local region’s civic capital is a source of collective capital, enabling societies to function better in general,” according to the paper.