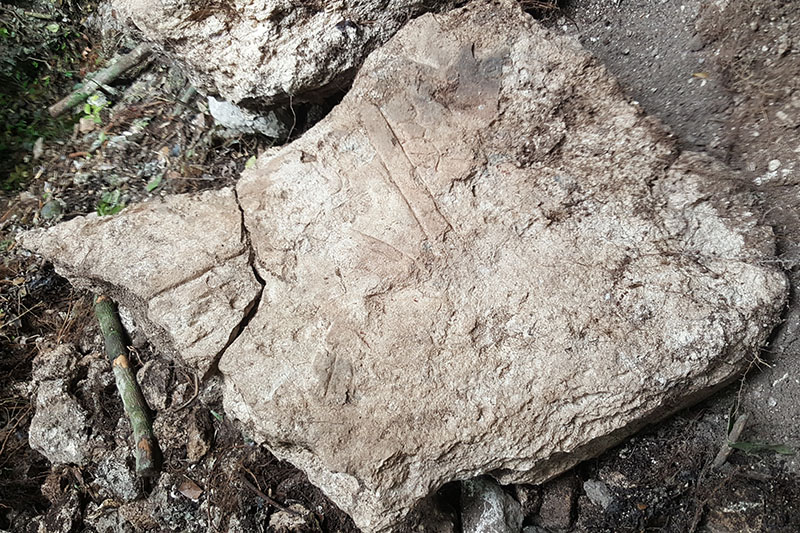 A Tulane University anthropologist is among a team of researchers who have unconvered evidence of extreme and violent warfare leading to widespread destruction of a Maya civilization nearly 1,500 years ago

The findings of the team, which included Francisco Estrada-Belli, a research assistant professor in the Middle American Research Institute at Tulane, which is located in the Tulane School of Liberal Arts’ Department of Anthropology, were published this week in Nature Human Behaviour.

The research suggests that the destruction of the Maya city Witzna, in what is now northern Guatemala, occurred much earlier than previously thought.

As part of their work, researchers found evidence of a massive fire connected to an attack leading to a decline in human activity.

“Being able to identify a historically known event in the paleoenvironmental record is extremely rare,” Estrada-Belli said. “The excavations that we did at the site uncovered burning at all major palaces and temples and smashed monuments that seem to correspond with this same event.

“Our findings also show that the Maya did not just go to war as a ritual enterprise, as we always thought, but to conquer and destroy its rivals as needed to squash rebellions, much like any other ancient (or not) civilization.”

The team’s conclusions were based on several findings, including the rare discovery of an emblem glyph, or city crest, at Witzna, which allowed the authors to place the city in a broader geographical context. They found Witzna mentioned in a hieroglyphic inscription at Naranjo, a Classic Maya city south Witzna.

The inscription states that on May 21, 697 CE, Witzna was attacked and burned for a second time. They then linked the inscription to paleoenvironmental evidence from a nearby lake that has a distinct charcoal layer resulting from a substantial fire during the last decade of the 7th century CE.

Archaeological evidence also supported this link, as evidenced by widespread destruction and burning of the major monuments across Witzna. Sediment analysis shows a dramatic reduction of land use following this fire event, suggesting the attack had severe negative impacts on the population of Witzna. The findings show that, despite this event, a small population persisted until the area was eventually abandoned around 1000 CE.

“The ability to tie geologic evidence of a devastating fire to an event noted in the epigraphic record, made possible by the relatively uncommon discovery of an ancient Maya city’s emblem glyph, reflects a confluence of findings nearly unheard of in the field of geoarchaeology,” Wahl said.

The study was authorized by the Guatemala’s Ministry of Culture and Sports and funded by the National Science Foundation, U.S. Geological Survey, Fundacion PACUNAM, National Geographic Society, Alphawood Foundation, the Middle American Research Institute at Tulane and the University of Alabama.