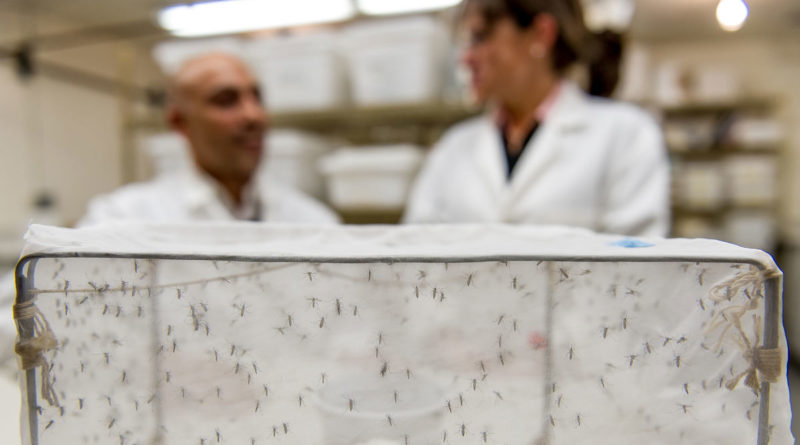 A new report from the World Health Organization says initial results from a five-year study into the efficacy of spatial repellents encourage further research into their potential impact to reduce infection of vector-borne diseases including malaria, Zika and dengue fever.

According to researchers at the University of Notre Dame, data from a clinical trial in Indonesia designed to evaluate the impact of a spatial repellent on reducing malaria infections showed promising results. Randomized village clusters with zero to medium baseline malaria transmission experienced an approximate 28 percent reduction in first-time infection, while randomized village clusters with low to medium baseline malaria transmission saw an approximate 41 percent reduction in overall malaria infection.

“Results from the Indonesia trial are not only encouraging in regard to the potential public health value of spatial repellents, but will serve as evidence to support further investment in similar studies where vector-borne diseases like malaria and dengue affect millions,” said Nicole L. Achee, lead principal investigator of the study and a research professor in the Department of Biological Sciences at Notre Dame.

The full results of the study come in conjunction with a report issued by the WHO Vector Control Advisory Group, a WHO advisory group that assesses evidence on the epidemiological effectiveness of new vector control interventions and by doing so supports WHO’s development of policy recommendations, including for the potential use of spatial repellents as a public health vector control strategy.

The University of Notre Dame is collaborating with industry partner SC Johnson to develop the spatial repellent product, advance insect-borne disease research and test the product in the homes of potential users in multiple endemic areas around the world.

As opposed to topical repellents applied directly to the skin, spatial repellents are designed to release repellent into the air to protect against bites. The Notre Dame study used a passive spatial repellent emanator developed by SC Johnson for enclosed and semi-enclosed spaces where infected mosquitoes are known to bite throughout the day and into the evening — times when people living in these environments may not have, or use, other types of mosquito protection.

WHO estimated 219 million cases of malaria infection were reported in 2017, and 435,000 people died from the disease the same year. The disease is transmitted exclusively through bites of anopheline mosquitoes. The organization reports an even larger number of infections when it comes to dengue viruses, which are transmitted primarily through bites from the Aedes aegypti mosquito. An estimated 390 million people are infected with dengue each year.

“A lack of sufficient epidemiological evidence to support a WHO recommendation has been a significant challenge in the effort to develop spatial repellents as a public health tool,” Achee said. “This report is a critical step forward to filling in those gaps in the data and determining appropriate recommendations.”

Achee and Neil Lobo, co-principal investigator and research associate professor at Notre Dame, continue to manage a trial in Iquitos, Peru, evaluating the same SC Johnson spatial repellent as part of the five-year effort. Results from that trial are forthcoming. Both Achee and Lobo are affiliated members of Notre Dame’s Eck Institute for Global Health.

Site principal investigators include Din Syafruddin of the Eijkman Institute of Molecular Biology and Faculty of Medicine, Universitas Hasanuddin, Indonesia, and Thomas Scott and Amy Morrison, both of the University of California, Davis, partnering with the U.S. Naval Medical Research Unit Six in Peru. Data from the Indonesia trial were managed with the assistance of Jared Hendrickson and his team at Notre Dame’s Center for Research Computing, and results were analyzed by Fang Liu and her team within the Department of Applied and Computational Mathematics and Statistics.

For more information on the project, visit spatialrepellents.nd.edu.

The Bill & Melinda Gates Foundation funded the study. SC Johnson also provided funding for the development and product costs related to the development of the passive spatial repellent emanator.