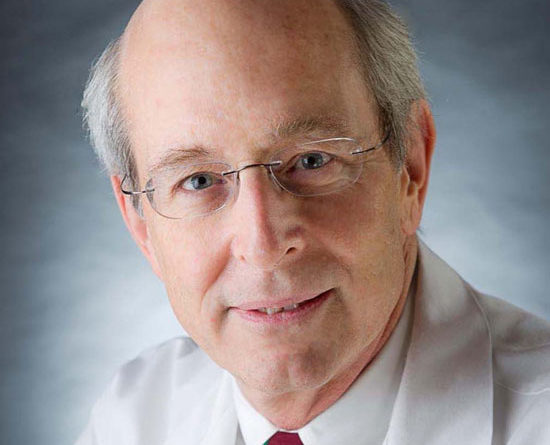 BIRMINGHAM, Ala. – Can you have a stroke and not know it? Unfortunately, yes. It is a phenomenon called a silent stroke or, more formally, a silent cerebral infarction. Investigators at the University of Alabama at Birmingham and Stanford University want to learn more about silent strokes and their role in brain health, including dementia.

“A silent stroke has no symptoms, and so a person is not even aware they have had a stroke at all,” said Ronald Lazar, Ph.D., Evelyn F. McKnight Endowed Chair in Learning and Memory in Aging and professor in the Department of Neurology at UAB and director of the Evelyn F. McKnight Brain Institute in the School of Medicine. “However, silent strokes do cause damage to the brain, and can be a risk factor for cognitive decline or a future major stroke.”

Lazar, with colleagues at UAB and the Stanford University School of Medicine, will launch a study funded by the National Institutes of Health to learn more about silent infarction and the amount of cognitive decline associated with silent stroke.

The study is an ancillary research project of a larger, multi-site investigation of whether an anticoagulant medicine, Apixaban, is better than aspirin for preventing recurrent strokes in patients with strokes of unknown origin and cardiac abnormalities. The parent study, ARCADIA, will recruit 1,100 subjects at 120 sites in the National Institute for Neurological Disorders and Stroke’s StrokeNet consortium. UAB is one of the participating sites.

The UAB/Stanford ancillary study, called ARCADIA-CSI (cognition and silent infarction), will recruit 500 patients from the parent ARCADIA trial. It is funded by a $7.7 million grant from NINDS.

Leading the research with Lazar is Maarten Lansberg, M.D., Ph.D., associate professor of neurology at Stanford.

“Maarten Lansberg and I thought the ARCADIA trial was a unique opportunity to look at patients who had one stroke and see if there was evidence of subsequent silent infarctions, and if so, was there a decline in cognitive function,” Lazar said. “Silent infarctions are highly predictive of future stroke and of the risk of dementia.”

Silent strokes can be detected by brain imaging such as MRI. Lansberg’s Stanford team will analyze patients’ MRI results obtained from ARCADIA, one done at the beginning of the multi-year study and one at the end. Lazar’s UAB team will conduct annual neurocognitive testing via telephone. Combined, the parent and its ancillary study seek to paint a descriptive picture of the role of silent infarction.

“We will employ the guidelines and framework developed for REGARDS and administered by the Survey Research Unit within the UAB School of Public Health, under the direction of George Howard, the principal investigator of REGARDS,” Lazar said. “We’ll conduct four evaluations over three years to assess the rate of cognitive decline and potential correlation to silent infarction. We will also be looking to see if one of the two drugs in ARCADIA, Apixaban or aspirin, is more likely to lead to a lower incidence of silent infarction.”

Lazar says most secondary stroke prevention studies have not focused on silent infarctions and cognitive decline.

The incidence of silent stroke is higher in an older population, but it can occur in younger adults. High blood pressure and active cigarette smoking are prominent risk factors.