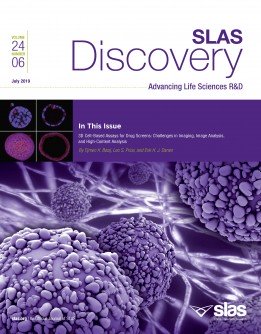 In traditional target-based discovery, drugs are designed to focus on a single molecular target, whereas phenotypic drug discovery screens cellular systems. The latter strategy could be used as an alternative to pre-select drugs for the clinic, allowing for drug discovery at a target-agnostic level. This approach, however, is mainly used with 2D cell cultures that do not fully represent human physiology and historically has shown to prioritize the wrong drugs. To overcome this limitation, 3D cell cultures have been developed that may more accurately mimic physiological conditions.

The introduction of more relevant cell models in early preclinical drug discovery, combined with high-content imaging and automated analysis, is expected to increase the quality of compounds progressing to preclinical stages in the drug development pipeline. Overcoming these challenges will enable front-loading the drug discovery pipeline with better biology, extracting the most from that biology and improving translation between in vitro and in vivo models. This is expected to reduce the proportion of compounds that fail in vivo testing due to a lack of efficacy or to toxicity.

Access to July’s SLAS Discovery special issue is available at https://journals.sagepub.com/toc/jbxb/24/6 through August 20. For more information about SLAS and its journals, visit www.slas.org/journals.

SLAS (Society for Laboratory Automation and Screening) is an international community of 19,000 professionals and students dedicated to life sciences discovery and technology. The SLAS mission is to bring together researchers in academia, industry and government to advance life sciences discovery and technology via education, knowledge exchange and global community building.