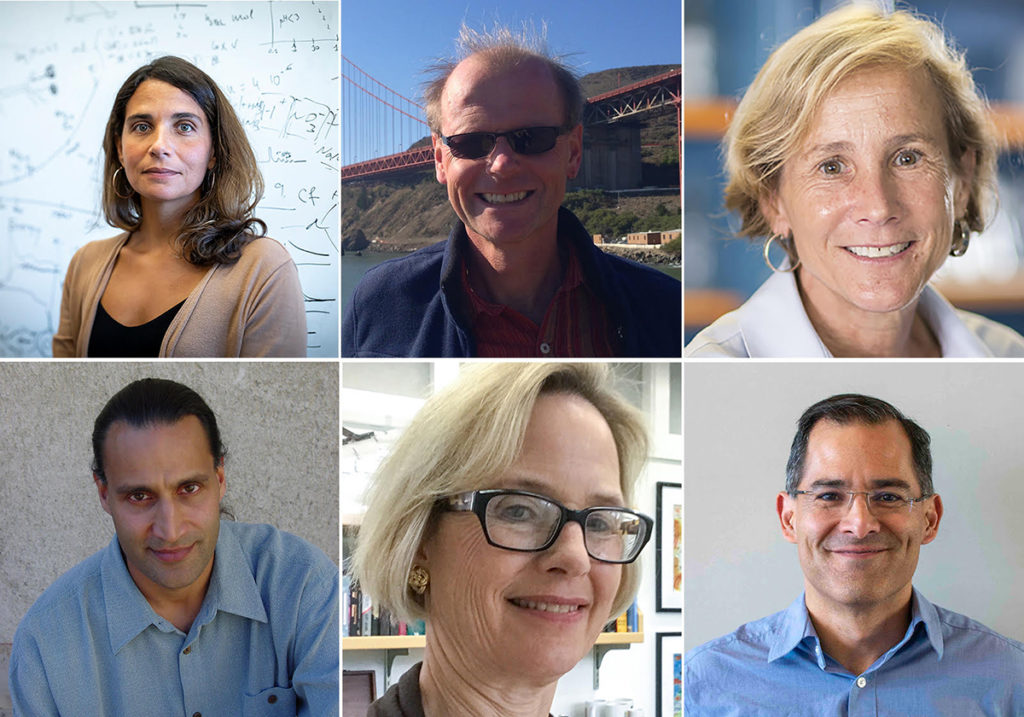 Six scientists from the Department of Energy’s Lawrence Berkeley National Laboratory (Berkeley Lab) have been named Fellows of the American Association for the Advancement of Science (AAAS). Election as a AAAS Fellow is an honor bestowed upon AAAS members by their peers.

AAAS awarded 443 of its members the distinction of Fellow this year for “their scientifically or socially distinguished efforts to advance science or its applications.” The new Fellows from Berkeley Lab are:

Abergel joined Berkeley Lab in 2009 as a project scientist. Her research career has included the study of heavy element coordination chemistry and biochemistry, and the design and development of advanced therapeutic and diagnostic agents for the mitigation of human contamination from radioactive heavy metals such as plutonium or uranium.

Abergel was the recipient of a Women Chemists Committee Rising Star Award from the American Chemical Society (2017) and an Early Career award from the U.S. Department of Energy (2014). In 2013, she was granted the Berkeley Lab Director’s Award for Exceptional Scientific Achievement. She heads the BioActinide Chemistry Group, the Heavy Element Chemistry Program, and Heavy Element Research Laboratory, and is the director of the Glenn T. Seaborg Center within Berkeley Lab’s Chemical Sciences Division.

Roland Bürgmann, a faculty scientist in Berkeley Lab’s Energy Geosciences Division and also a professor in UC Berkeley’s Earth and Planetary Science Department, was recognized for “outstanding contributions to research, teaching, innovation, service to societies and to the public in geodynamics, tectonics, rheology, seismology, geodesy and volcanology.”

He heads UC Berkeley’s Active Tectonics Research Group, which focuses on problems relating to fault zone processes and crustal deformation. His recent research projects focus on the active earthquake cycle and post-earthquake deformation in California and along the Denali fault in Alaska and studies of deformation associated with the subduction zone earthquakes in Japan, Chile, and Sumatra.

Cheryl A. Kerfeld was recognized for her “distinguished contributions to the field of structure of microbial photosynthetic proteins and compartments, particularly the elucidation of design criteria of bacterial microcompartments.” Kerfeld is the Hannah Distinguished Professor of Structural Bioengineering at the Michigan State University (MSU)-DOE Plant Research Laboratory and Department of Biochemistry and Molecular Biology, as well as guest faculty in Berkeley Lab’s Environmental Genomics and Systems Biology and Molecular Biophysics and Integrated Bioimaging divisions.

In addition to her ongoing work on bacterial microcompartments and cyanobacterial photoprotection, Kerfeld’s career has also focused on developing and implementing innovative undergraduate biology curriculum. She first worked to improve the curriculum at UCLA, where she had completed her training as a National Science Foundation Postdoctoral Fellow. Then, in 2007, she established the Genomics and Bioinformatics Education Program at the U.S. Department of Energy Joint Genome Institute. The program, nationally recognized as an exemplary contribution to undergraduate education by the American Society of Biochemistry and Molecular Biology, trains STEM faculty on how bioinformatics tools and resources can be used to help teach students through research projects.

Michael Manga, a faculty scientist in Berkeley Lab’s Energy Geosciences Division and also chair of UC Berkeley’s Earth and Planetary Science Department, was recognized for “many outstanding contributions to geological processes involving fluids in physical volcanology, geodynamics, hydrogeology, and geomorphology, and for service to academe, government, and societies.”

His current research interests focus on human-induced earthquakes, the behavior of geysers, water on Mars, and volcano science. His work aims to develop a better quantitative understanding of physical processes operating in the Earth.

Natalie Roe, director of Berkeley Lab’s Physics Division since 2012, was recognized for her work in “developing instrumentation that opens new frontiers in experimental particle physics and observational cosmology, and for continuing to build bridges between the fields.

Roe, a senior scientist, joined Berkeley Lab in 1989 as a postdoctoral fellow. Her particle physics research career has included the analysis of subatomic particle properties in accelerator-based experiments at SLAC and Fermi National Accelerator laboratories, and her cosmology research has involved surveys using telescopes based in Arizona, New Mexico, and Chile.

She has participated in several instrument R&D projects, leading the design and construction of a silicon vertex tracker for the BaBar experiment at SLAC and overseeing the fabrication of red-sensitive charge-coupled device detectors for the Dark Energy Survey as group leader for Berkeley Lab’s Microsystems Laboratory. She also led the upgrade of the Sloan Digital Sky Survey spectrographs as instrument scientist for the Baryon Oscillation Spectroscopic Survey. She has served on numerous scientific and advisory panels and was named a fellow of the American Physical Society in 2001.

David V. Schaffer was recognized for his “pioneering contributions to biomolecular engineering, with particular attention to directed evolution to create viruses for the efficient, targeted, and safe delivery of gene medicines.” Schaffer is a professor in three UC Berkeley departments – Chemical and Biomolecular Engineering, Bioengineering, and Neuroscience – and at the Helen Wills Neuroscience Institute. He also serves as the director of the Berkeley Stem Cell Center and is a chemist faculty scientist in Berkeley Lab’s Molecular Biophysics and Integrated Bioimaging Division.

The new AAAS Fellows will be presented with an official certificate and a gold and blue rosette pin on Saturday, Feb. 15 at the AAAS Fellows Forum during the 2020 AAAS Annual Meeting in Seattle, Washington. 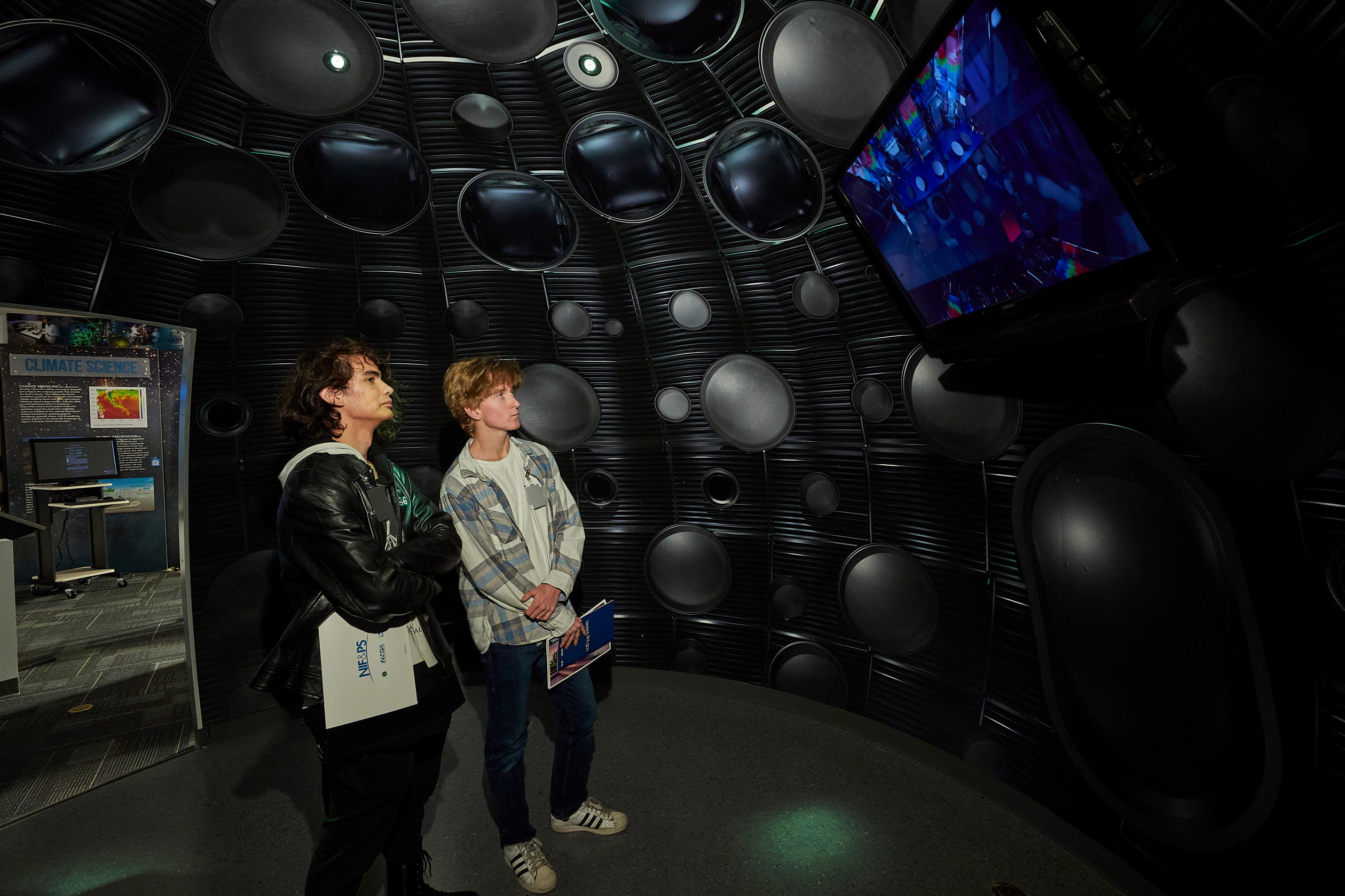