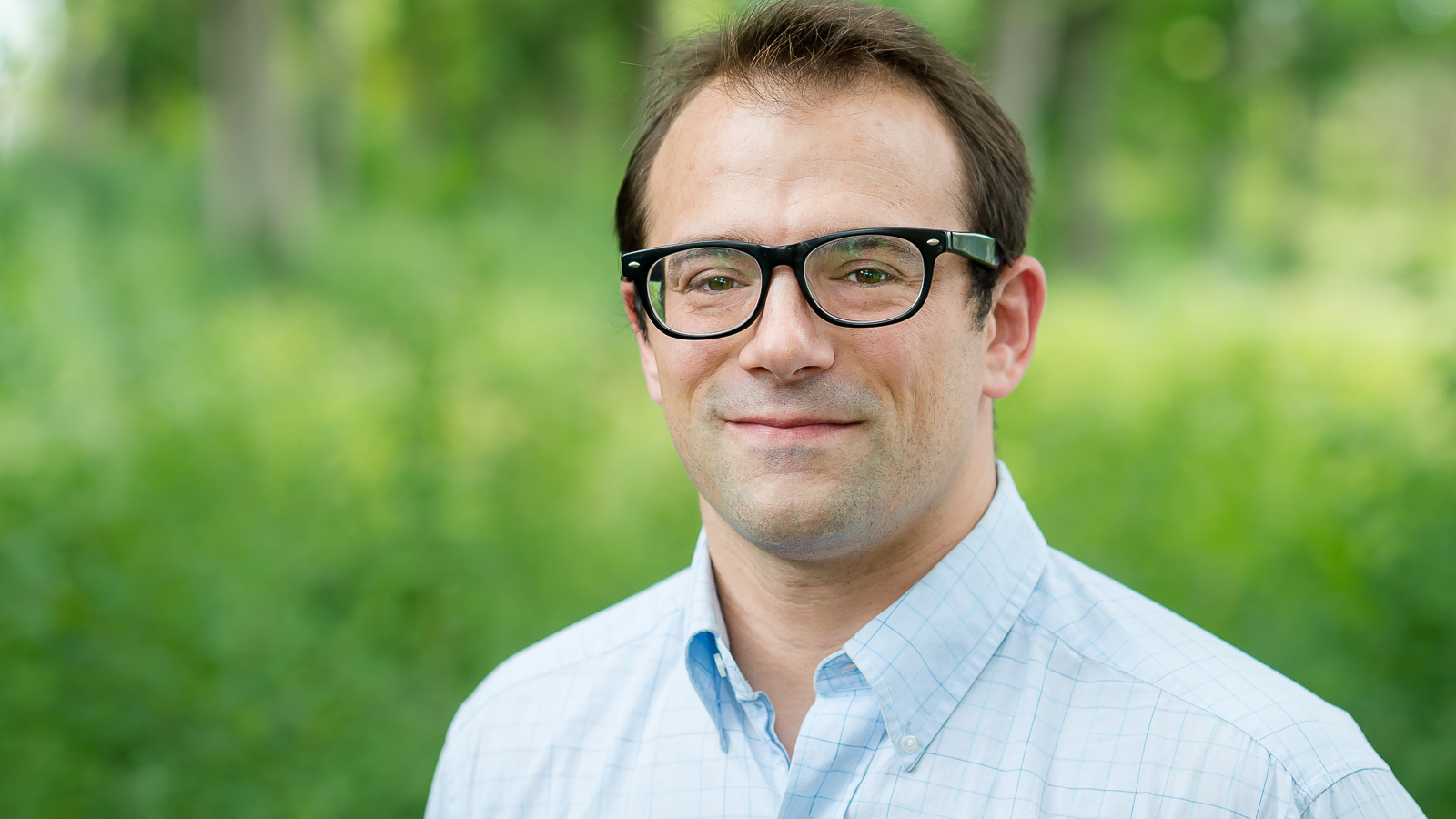 The program, now in its eleventh year, awards each recipient with at least $500,000 per year for five years to advance their research. Offered by DOE’s Office of Science, the award is designed to bolster the nation’s scientific workforce by providing support to exceptional researchers during crucial early career years, when many scientists perform their most formative work. The awardees were selected from a large and competitive pool of university- and national laboratory-based applicants.

“By bolstering our commitment to the scientific community, we invest in our nation’s next generation of innovators.” — Under Secretary for Science Paul Dabbar

“The Department of Energy is proud to support funding that will sustain America’s scientific workforce and create opportunities for our researchers to remain competitive on the world stage,” said DOE Under Secretary for Science Paul Dabbar. “By bolstering our commitment to the scientific community, we invest in our nation’s next generation of innovators.”

Such problems lie at the heart of nuclear physics: to fundamentally understand how properties of nuclei and their components, protons and neutrons, emerge from the underlying theory of quantum chromodynamics (QCD) — a framework to describe interactions between quarks and gluons, the building blocks of protons and neutrons. While general purpose quantum computers have demonstrated rapid progress in recent years, they are still many years away from addressing these questions.

Michael Bishof, a physicist in Argonne’s Physics division, aims to accelerate the impact of quantum information science on nuclear physics. Bishof’s goal is to develop a quantum simulator that is tailored to address specific challenges in this field. In contrast to a quantum computer, which maps each problem to a set of standard operations on quantum bits, or qubits, a quantum simulator manipulates an experimental apparatus to behave like the system under investigation.

The specific system Bishof will use for this project is an array of laser-trapped ytterbium atoms.

This experimental platform offers resource-efficient simulations of a simplified — but rich — model for interacting quarks, which will enable rapid progress toward simulations of poorly understood phenomena in nuclear physics and inform future simulations of more complex theories as quantum devices improve.

“QCD presents a rather annoying puzzle to nuclear physics. It is impossible to directly observe the behavior of quarks and gluons, and not even the most powerful supercomputers can calculate how they work together to give protons, neutrons and nuclei the properties we observe in experiments,” said Bishof. “Quantum devices could one day help solve this puzzle, and this research will accelerate progress toward that goal.”

Bishof’s research was selected for funding by DOE’s Office of Nuclear Physics.

To design new and improved materials for energy storage and conversion, scientists must understand and control existing materials. Such understanding depends on precise knowledge of the atomic and electronic structures of materials during synthesis and operation. Materials characterization using X-ray, electron, laser and scanning probes can, in principle, contribute to this knowledge, but interpreting the data is a substantial challenge.

Maria Chan, a scientist at Argonne’s Center for Nanoscale Materials (CNM), a DOE Office of Science User Facility, is developing a theory-informed artificial intelligence (AI) and machine learning (ML) toolkit for accelerating the characterization of materials.

Implementing the FANTASTX framework involves developing and connecting approaches for the simulation of X-ray, electron, laser and scanning probe data; adopting and applying pattern recognition and computer vision algorithms; and constructing and training ML models to find the relationship between experimental data and the local atomic environment in a material sample.

Real-time determination of atomic-scale structural information will accelerate the understanding and design of nanoscale materials for energy applications and more.

Chan’s research was selected for funding by DOE’s Office of Basic Energy Sciences.

The development of quantum technologies that can store and manipulate information has the potential to provide groundbreaking discoveries that can transform computing technologies and generate a new class of nanoscale sensors.

The electronic states of defects in semiconductors are promising units of quantum information because they combine the quantum properties of isolated atoms with the convenience and scalability of a solid-state host system.

Govoni will develop new computational capabilities to model light-activated mechanisms within quantum materials where contradictory needs for isolation and accessibility must be reconciled in order to obtain robust quantum functionality.

“I am grateful to the Department of Energy for the award. This is an incredible opportunity to solve a materials science challenge and explore new and exciting paths for computing, communication and sensing,” said Govoni.

The project will leverage advanced computational techniques to provide a quantitative description of a wide range of materials to better guide and understand experimental activities. In particular, Govoni will harness pre-exascale computing, quantum computing and AI, while taking advantage of Argonne’s expertise and world-class user facilities.

Govoni’s research was selected for funding by DOE’s Office of Basic Energy Sciences.

Alessandro Lovato, a physicist in Argonne’s Physics division, aims to aid domestic nuclear experimental programs by providing a unified theoretical picture of atomic nuclei in terms of the individual interactions among their constituents: protons and neutrons.

Lovato is developing novel computational methods, such as artificial neural networks and deep learning algorithms, in order to probe these interactions.

The research project will produce breakthrough developments of existing computational analysis methods, enabling the study of nuclei with a higher number of protons and neutrons than is currently possible with limited, existing quantum Monte Carlo computational approaches.

“I will leverage forthcoming exascale computing resources, including Argonne’s Aurora — set to be deployed in 2021 — as well as machine learning techniques, to foster our understanding of short- and long-range dynamics of atomic nuclei,” said Lovato.

Testing the structure of atomic nuclei and their reactions at low energies is the primary focus of several domestic experimental facilities, including the Argonne Tandem Linac Accelerator System (ATLAS), a DOE Office of Science User Facility; the National Superconducting Cyclotron Laboratory; and the Facility for Rare Isotope Beams at Michigan State University. Experiments at Thomas Jefferson Laboratory and the forthcoming Electron-Ion Collider at DOE’s Brookhaven National Laboratory also probe the internal structure and behavior of the nucleus.

Besides covering many areas in nuclear physics, this research has critical applications in high-energy physics, specifically on the study of neutrino oscillation. It will also impact astrophysics, as nuclear dynamics is imprinted in the gravitational waves and neutrino emission signals of merging neutron stars.

Lovato’s research was selected for funding by DOE’s Office of Nuclear Physics.

Bogdan Nicolae is a computer scientist in Argonne’s Mathematics and Computer Science (MCS) division. His project, called DataStates, is aimed at efﬁciently storing and processing the massive datasets generated at warp speeds by modern supercomputers and scientific instruments. In this context, the need to capture, search and reuse datasets on the fly as they are calculated is amplified by the increasing convergence between simulations and the application of machine learning to discovery science.

Current data management approaches do not have the required data manipulation capabilities or the scalability, performance and space efficiency to perform well on leadership-class computing systems. Nicolae’s research will involve development of a new data model in which users do not interact with a data service to read and write datasets directly, but instead, tag their datasets with certain attributes or properties. Implementing the model will automatically add snapshots of the datasets — called data states — into the lineage, providing a data history that can be used to search, reuse and understand the evolution of the datasets.

“Supercomputers and scientific instruments are generating more data at an accelerated rate, making it increasingly difficult to efficiently store and manipulate data at a large scale,” said Nicolae. “To address this problem, DataStates explores transformative data models and techniques at the intersection of high-performance computing, artificial intelligence and big data analytics. I am grateful to DOE for this opportunity and excited to leverage the facilities we have here at Argonne, where Aurora, one of the first exascale supercomputers, will arrive in 2021.”

The project will improve research in multiple areas, allowing scientists to extract meaningful insight from the data deluge, improving data reproducibility, encouraging collaboration and development of new algorithms and ideas, and facilitating advances in AI.

The growing interest in applying ML and AI methods in the discovery sciences has expanded optimization problems. Stefan Wild is a computational mathematician in Argonne’s MCS division, whose research addresses complex design, decision and control problems.

Whereas traditional mathematical optimization methods are limited by requirements for derivative information, Wild’s research centers on methods that can help scientists train and calibrate models, reduce empirical risk and design better experiments, even when such requirements cannot be met.

Application of these methods raises numerous challenges. Scientiﬁc phenomena are complex, accurate simulations are expensive and research often requires characterization at multiple size and time scales in a variety of high-performance computing environments.

Wild is undertaking an ambitious project to address these challenges by developing a set of novel algorithms — the set of rules or “recipe” that a computer uses to solve problems — and numerical methods that can be used to improve the efficiency of scientific machine learning. His project will establish a robust mathematical foundation for scientific machine learning and optimization in increasingly complex high-performance computing environments and inspire use of the novel mathematic methods in diverse science domains.

“I’m excited to have this opportunity to tackle these challenging mathematical problems and am grateful for being in an environment with so many exceptional colleagues,” Wild said.

About Argonne’s Center for Nanoscale Materials
The Center for Nanoscale Materials is one of the five DOE Nanoscale Science Research Centers, premier national user facilities for interdisciplinary research at the nanoscale supported by the DOE Office of Science. Together the NSRCs comprise a suite of complementary facilities that provide researchers with state-of-the-art capabilities to fabricate, process, characterize and model nanoscale materials, and constitute the largest infrastructure investment of the National Nanotechnology Initiative. The NSRCs are located at DOE’s Argonne, Brookhaven, Lawrence Berkeley, Oak Ridge, Sandia and Los Alamos National Laboratories. For more information about the DOE NSRCs, please visit https://science.osti.gov/User-Facilities/User-Facilities-at-a-Glance.