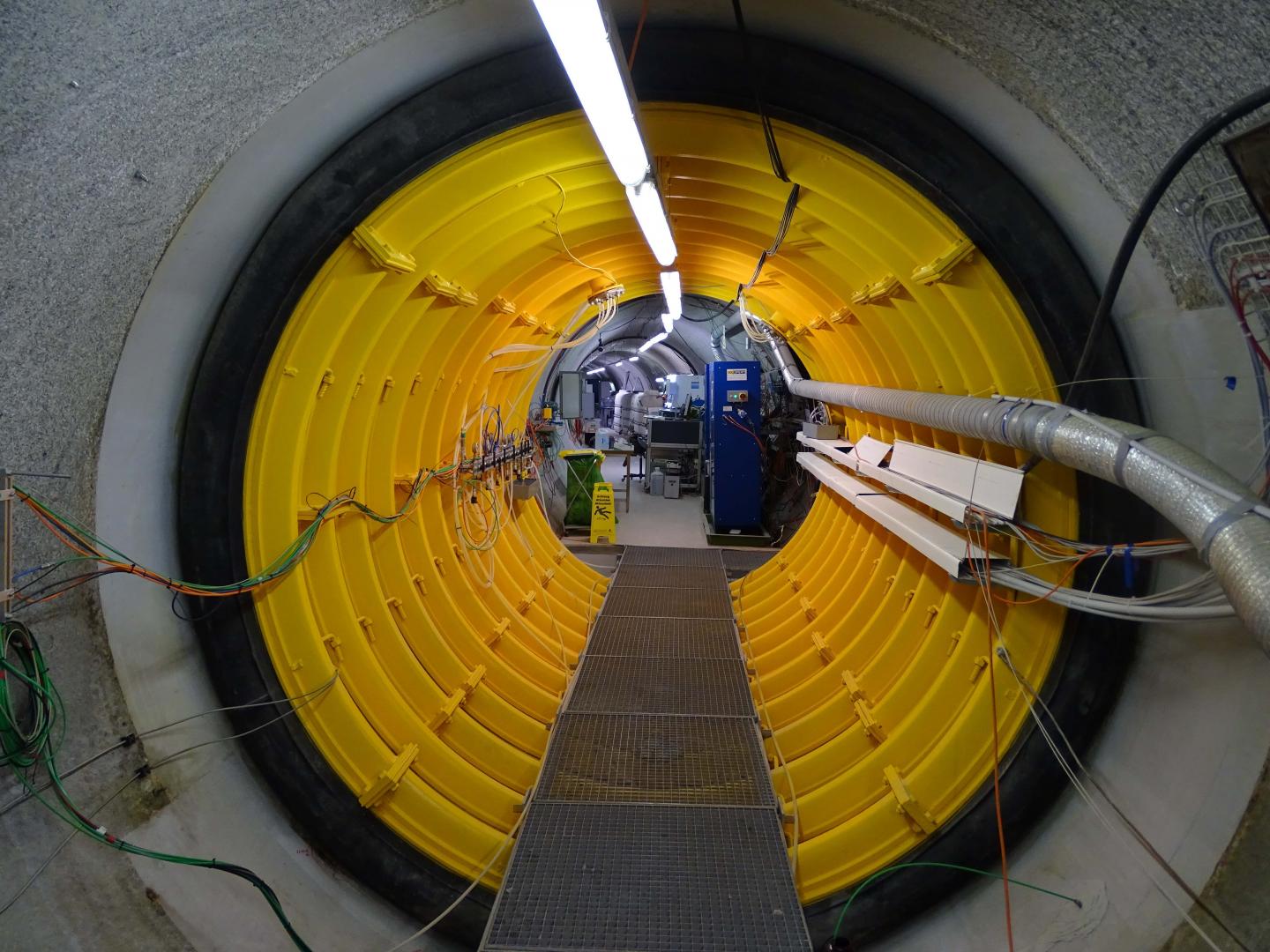 (Jena, Germany) Even after the official decision to phase out of nuclear power in Germany, one question remains unanswered: Where to store safely the nuclear waste? Despite all the political explosiveness with which the topic is directly linked, it is often forgotten that the search for the optimal location of a deep geological repository for nuclear waste is above all a task for science. The Friedrich Schiller University Jena in Germany is also involved. Together with colleagues from the Karlsruhe Institute of Technology (KIT) and the Gesellschaft für Anlagen- und Reaktorsicherheit (GRS), Jena geologists at the Grimsel Test Site (GTS, Switzerland) an international underground rock laboratory are researching materials and systems that are foreseen as a geotechnical barrier in a possible repository. The Federal Ministry of Economics and Energy (BMWi) is financing the “KOLLORADO-e3” project with around one million euros over the next three years – around 375,000 euros will go to project manager Prof. Dr Thorsten Schäfer from the University of Jena.

“Clay rock, rock salt or crystalline rock such as granite are possible host rocks for a deep geological repository,” says Prof. Dr Thorsten Schäfer from the University of Jena. “During our work, we are currently concentrating on crystalline rock and are particularly examining what happens when repository systems come into contact with low mineralised water typical of cold and ice ages.” While water penetrates claystone rather diffusing like a sponge, water slowly flows through fissures in a crystalline environment. This is why different requirements apply to the barriers here.

During the new project, the research team will evaluate a long-term in-situ experiment that has been started more than four years ago. “We have inserted a small barrier system with a diameter of about ten centimetres into a natural flow system in the Grimsel rock laboratory,” explains Schäfer. Like the planned repositories, the model contains radioactive material and a technical barrier comparable to a steel canister. Both are enclosed by a geotechnical barrier. For the latter, the researchers chose a cylinder made of bentonite, a clay-containing pressed mineral powder. It is characterised by its special swelling capacity and is therefore very suitable for sealing cavities in the interior of such a structure in combination with water.

The geologists have observed the “mini repository” over the years with various sensors and have now cut it out of the stone using a crown bore. Over the next three years, they will be investigating what happened in the drill core. “We already know that the radionuclides moved, but did not move very far. So the barrier has basically held – even though we positioned the radioactive material outside the steel canister in the bentonite ring in order to be able to investigate the durability of the geotechnical barrier in particular,” says the geologist from Jena. “It is likely that its special properties – such as its large surface – have mostly retained the nuclides.” This now needs to be analysed in more detail.

In addition, the researchers want to find out how bentonite behaves in the gap with the mineral-poor waters typical of future ice ages. “Due to its low ionic strength, the water can transport the clay minerals out of the bentonite – erosion occurs in the area of contact with the gap,” says Schäfer. “However, this happens much more slowly than predicted in advance.” Why this is the case will also be clarified in the course of the new project.

With the collected information, the research team wants to develop models to reduce uncertainties about the stability of such a barrier over a much longer period of time. The objective for the search for a suitable final repository is to find a location and a corresponding system at or in which the nuclear waste remains for up to one million years, until its radiation values have finally decreased to a level comparable to natural occurring radioactive material due to decay.

A task for generations

Accordingly, the question of final disposal of nuclear waste will continue to occupy entire generations of scientists. This is one of the reasons why universities are increasingly doing research in this field.

The Friedrich Schiller University in Jena, for example, has recently developed a master’s degree in Environmental and Georesources Management together with the Ernst Abbe University in Jena. The enrolment deadline for the coming winter semester is 15 September. For more information, please visit: