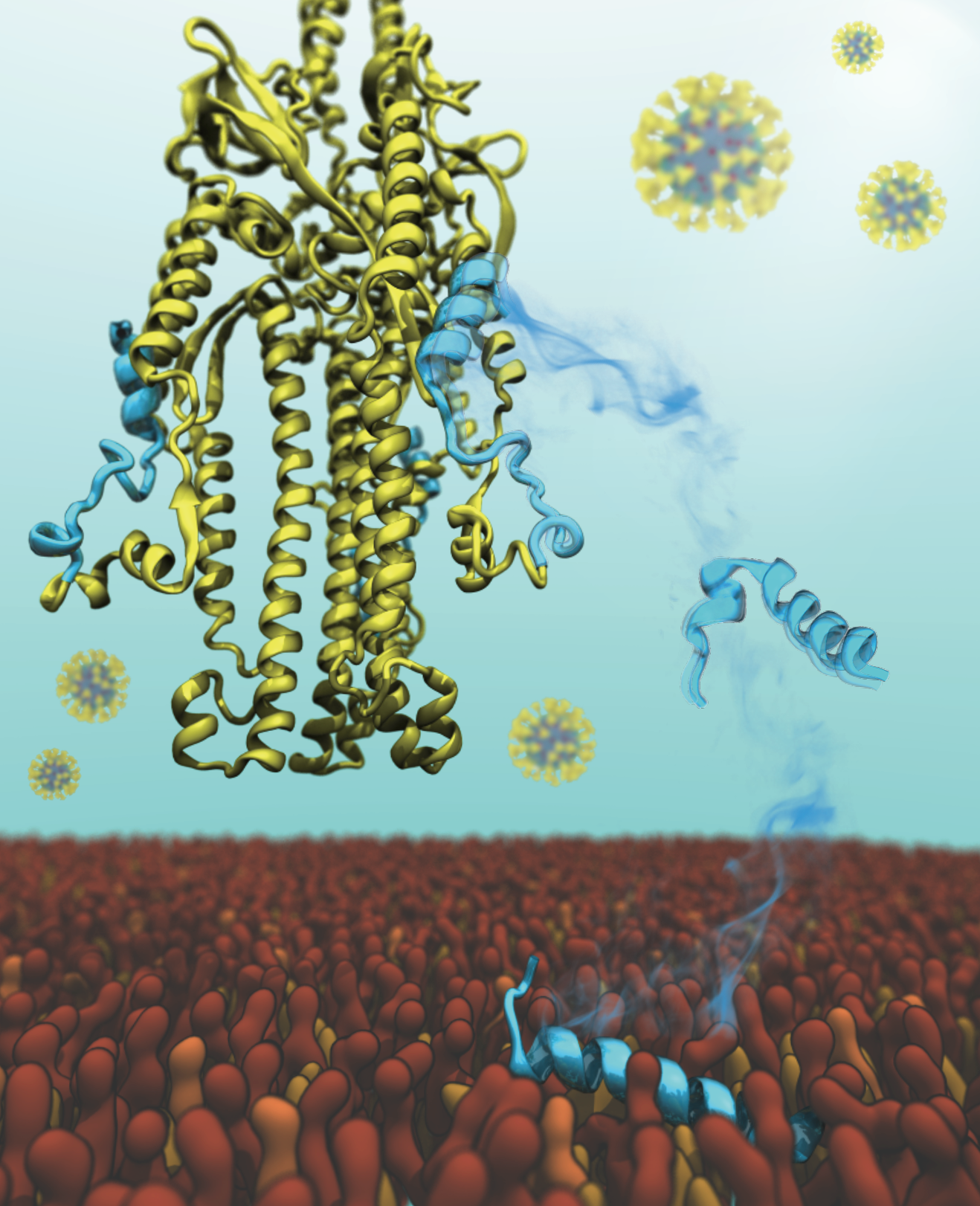 ROCKVILLE, MD – If the coronavirus were a cargo ship, it would need to deliver its contents to a dock in order to infect the host island. The first step of infection would be anchoring by the dock, and step two would be tethering to the dock to bring the ship close enough that it could set up a gangplank and unload. Most treatments and vaccines have focused on blocking the ability of the ship to anchor, but the next step is another potential target. New research by Defne Gorgun, a graduate student, and colleagues in the lab of Emad Tajkhorshid at the University of Illinois addresses the molecular details of this second step, which could inform the design of drugs that block it. Gorgun will present her research on Thursday, February 25 at the 65th Annual Meeting of the Biophysical Society to be held virtually.

In order to infect our cells, the virus that causes COVID-19, SARS-CoV-2, first attaches a molecule on our cell surface, but then it has to fuse with human cells. Before the pandemic, Gorgun was studying the interactions of molecules that stick to and insert into cell membranes, and when COVID-19 began to spread, Gorgun quickly pivoted her studies to understand how SARS-CoV-2 fused with cells.

A small region of the SARS-CoV-2 outer spike protein called the “fusion peptide,” inserts itself into the human cell membrane to begin the fusion process. Scientists knew the location and approximate shape of the fusion peptide; however, they did not know exactly how it interacted with and penetrated into the human cell membrane and whether there would be changes in its shape when it stuck to the membrane. Without knowing the three-dimensional interactions between the SARS-CoV-2 fusion peptide and the cell membrane, it is not possible to design drugs that specifically disrupt that interaction.

Because their model is theoretical, the next step is to repeat their computer experiments in the lab with pieces of SARS-CoV-2 and cell membranes. But having already revealed parts of the fusion peptide that are likely to be critical to its function, those experiments will likely be completed faster and more efficiently. After that, Gorgun says, it will be possible to start testing drugs that disrupt the interaction and could help block SARS-CoV-2 from docking at our cells.