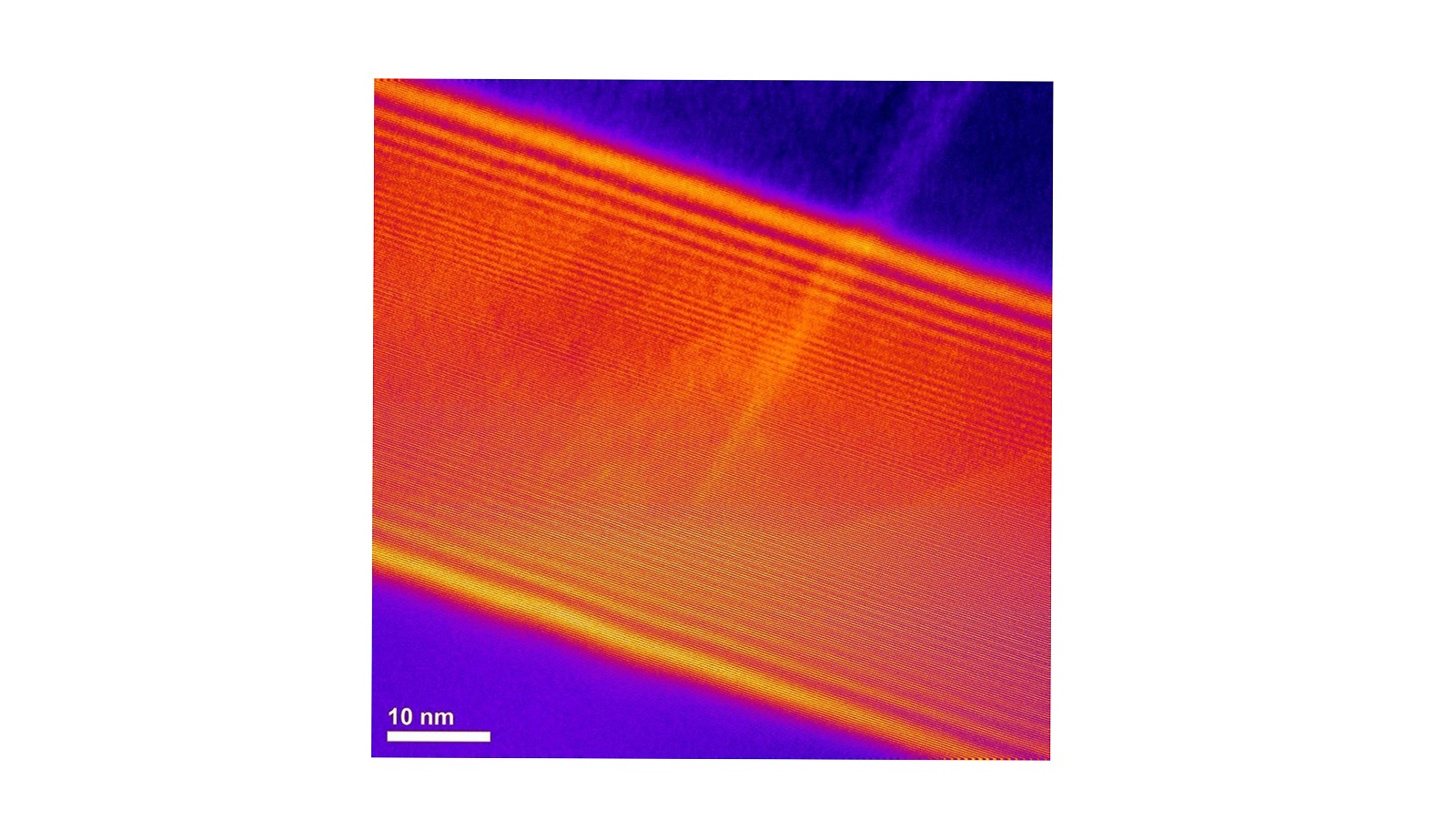 Solid electrolyte materials consist of hundreds of thousands of small crystalline regions, called grains, with various orientations. The materials, used in fuel cells and batteries, transport ions, or charged atoms, from one electrode to the other electrode. Boundaries between the grains in the materials are known to impede the flow of ions through the electrolyte, but the exact properties that cause this resistance have remained elusive.

Scientists from the U.S. Department of Energy’s (DOE) Argonne National Laboratory contributed to a recent study led by Northwestern University to investigate grain boundaries in a solid electrolyte material. The study involved two powerful techniques — electron holography and atom probe tomography — that allowed scientists to observe the boundaries at an unprecedentedly small scale. The resulting insights provide new avenues for tuning chemical properties in the material to improve performance.

“When scientists study the conductivity of these electrolytes, they typically measure the average performance of all of the grains and grain boundaries together,” said Charudatta Phatak, a scientist in Argonne’s Materials Science Division (MSD), “but strategically manipulating the material properties requires deep knowledge of the origins of the resistance at the level of individual grain boundaries.”

To explore the grain boundaries, the scientists performed electron holography of a common solid electrolyte at Argonne’s Center for Nanoscale Materials (CNM), a DOE Office of Science User Facility. In this process, a beam of electrons hits a thin sample of the material and experiences a phase shift due to the presence of a local electric field in and around it. An external electric field then causes a portion of the electrons passing through the sample to be deflected, creating an interference pattern.

“Strategically manipulating the material properties requires deep knowledge of the origins of the resistance at the level of individual grain boundaries.” — Charudatta Phatak, materials scientist at Argonne’s Materials Science division

The scientists analyzed these interference patterns, created on the same principles as holograms in optical physics, to determine the electric field inside the material at the grain boundaries. They measured the local electric fields at ten types of grain boundaries with different degrees of misorientation.

Before this study, scientists thought that resistance at grain boundaries arose due to internal thermodynamic effects alone, such as the limit on the buildup of charge in an area. However, the large and varied electric fields they observed indicated the existence of previously undetected impurities in the material that explain the resistance.

“If the resistance was only due to thermodynamic limits, we should have seen the same fields across different boundary types,” said Phatak, “but since we saw differences of almost an order of magnitude, there had to be another explanation.”

To further study the trace impurities, the scientists used the Northwestern University Center for Atom Probe Tomography (NUCAPT) to determine the chemical identity of individual atoms at the grain boundaries. The electrolyte material in the study, made of ceria and often used in solid oxide fuel cells, was thought to be almost completely pure, but the tomography revealed the existence of impurities including silicon and aluminum — produced during material synthesis.

“On the one hand, it shows that if you make your materials cleaner, you can lessen these interfacial problems with electrolytes,” said Sossina Haile, Walter. P. Murphy Professor of Materials Science and Engineering at Northwestern’s McCormick School of Engineering. “Realistically though, you can’t make a sample at an industrial scale cleaner than what we had prepared.”

These inherent impurities are configured at the grain boundaries in a way that causes the electric fields across the boundaries to resist the flow of ions. The footprints that the impurities leave on the overall resistance of the electrolyte closely resemble what scientists would expect from thermodynamic effects alone. Understanding the true cause of the resistance — the impurities — can help the scientists to correct for it.

“Based on our findings, we can intentionally insert elements into the material that negate the effects of the impurities, lowering the resistance at the grain boundaries,” said Phatak.

Funding for the study, in part, came from a Northwestern-Argonne Early Career Investigator Award for Energy Research awarded to Phatak. The program, which was matched by funds from the Institute of Sustainable Energy at Northwestern, fostered a collaboration between Phatak and Haile and supported Northwestern graduate student Xin Xu, first author on the study.

The use of these two techniques enabled scientists to visualize the systems in 3D and to resolve confusion surrounding the properties of grain boundaries and how they affect resistance in this electrolyte. The new information could help scientists to increase the efficiency of solid electrolytes in general, which could help to improve the performance of many types of sustainable and renewable energy sources.

“If ions can move across the interfaces of these solid-state electrolytes more effectively, batteries will become much more efficient,” Haile said. “The same is true of fuel cells, which is closer to the material system we studied. There’s a potential to really impact fuel efficiency by making it easier to operate at temperatures that aren’t extremely high.”

A study, titled “Variability and origins of grain boundary electric potential detected by electron holography and atom-probe tomography,” was published on April 13 in Nature Materials.

Phatak’s work on the project was supported by DOE’s Office of Science.