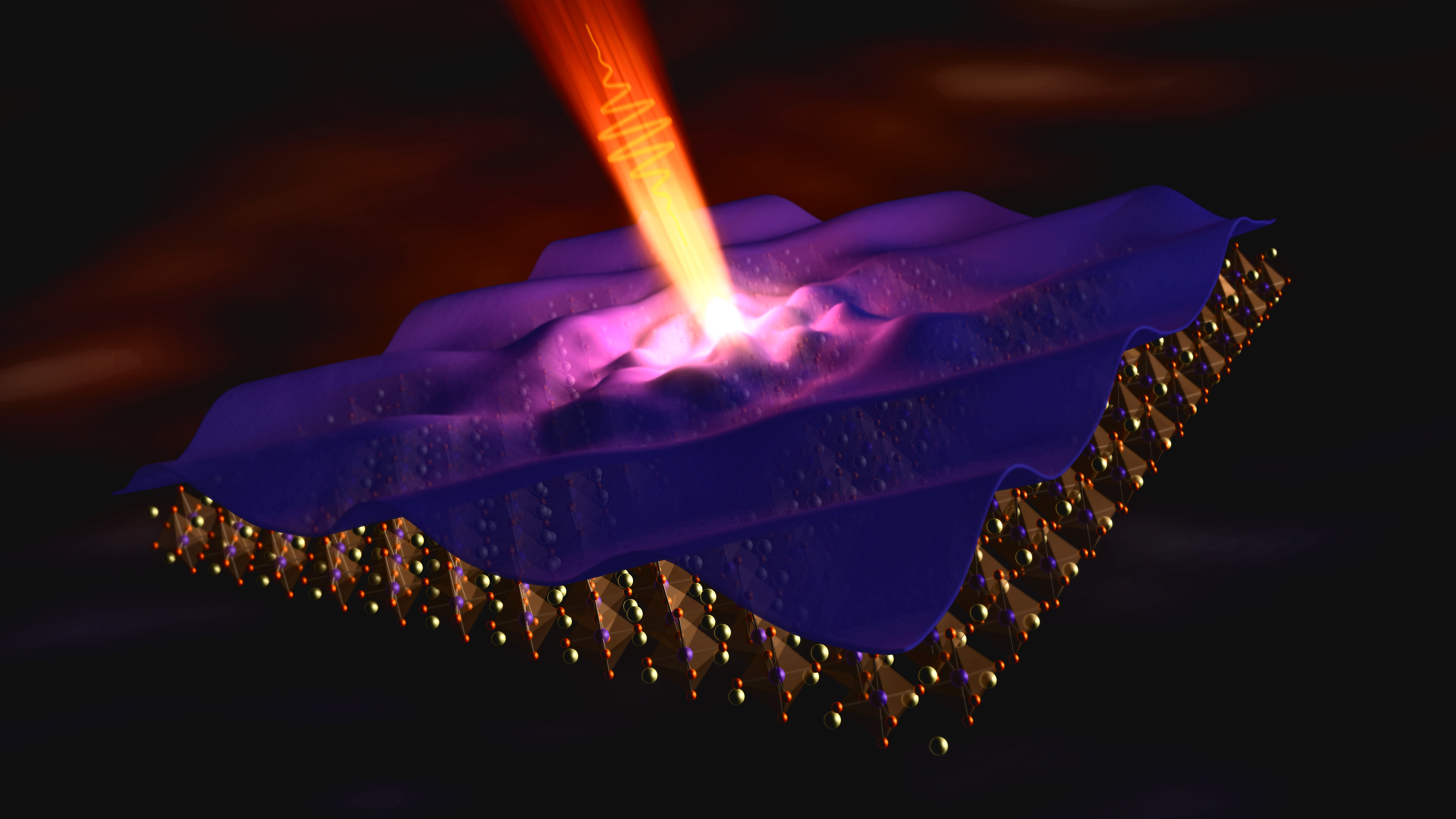 High-temperature superconductors, which carry electricity with zero resistance at much higher temperatures than conventional superconducting materials, have generated a lot of excitement since their discovery more than 30 years ago because of their potential for revolutionizing technologies such as maglev trains and long-distance power lines. But scientists still don’t understand how they work.

One piece of the puzzle is the fact that charge density waves – static stripes of higher and lower electron density running through a material – have been found in one of the major families of high-temperature superconductors, the copper-based cuprates. But do these charge stripes enhance superconductivity, suppress it or play some other role?

In independent studies, two research teams report important advances in understanding how charge stripes might interact with superconductivity. Both studies were carried out with X-rays at the Department of Energy’s SLAC National Accelerator Laboratory.

They disturbed the charge density waves with pulses from a conventional laser and then used RIXS, or resonant inelastic X-ray scattering, to watch the waves recover over a period of a few trillionths of a second. This recovery process behaved according to a universal dynamical scaling law: It was the same at all scales, much as a fractal pattern looks the same whether you zoom in or zoom out.

With LCLS, the scientists were able to measure, for the first time and in exquisite detail, exactly how far and how fast the charge density waves fluctuated. To their surprise, the team discovered that the fluctuations were not like the ringing of a bell or the bouncing of a trampoline; instead, they were more like the slow diffusion of a syrup – a quantum analog of liquid crystal behavior, which had never been seen before in a solid.

“Our experiments at LCLS establish a new way to study fluctuations in charge density waves, which could lead to a new understanding of how high-temperature superconductors operate,” says Matteo Mitrano, a postdoctoral researcher in professor Peter Abbamonte’s group at UIUC.

This team also included researchers from Stanford University, the National Institute of Standards and Technology and Brookhaven National Laboratory.

“This resolves a mismatch in data from previous experiments and charts a new course for fully mapping the behaviors of electrons in these exotic superconducting materials,” Lee says.

“I believe that exploring new or hidden arrangements, as well as their intertwining phenomena, will contribute to our understanding of high-temperature superconductivity in cuprates, which will inform researchers in their quest to design and develop new superconductors that work at warmer temperatures.”

SLAC is a vibrant multiprogram laboratory that explores how the universe works at the biggest, smallest and fastest scales and invents powerful tools used by scientists around the globe. With research spanning particle physics, astrophysics and cosmology, materials, chemistry, bio and energy sciences and scientific computing, we help solve real-world problems and advance the interests of the nation.

SLAC is operated by Stanford University for the U.S. Department of Energy’s Office of Science. The Office of Science is the single largest supporter of basic research in the physical sciences in the United States, and is working to address some of the most pressing challenges of our time. For more information, please visit science.energy.gov.