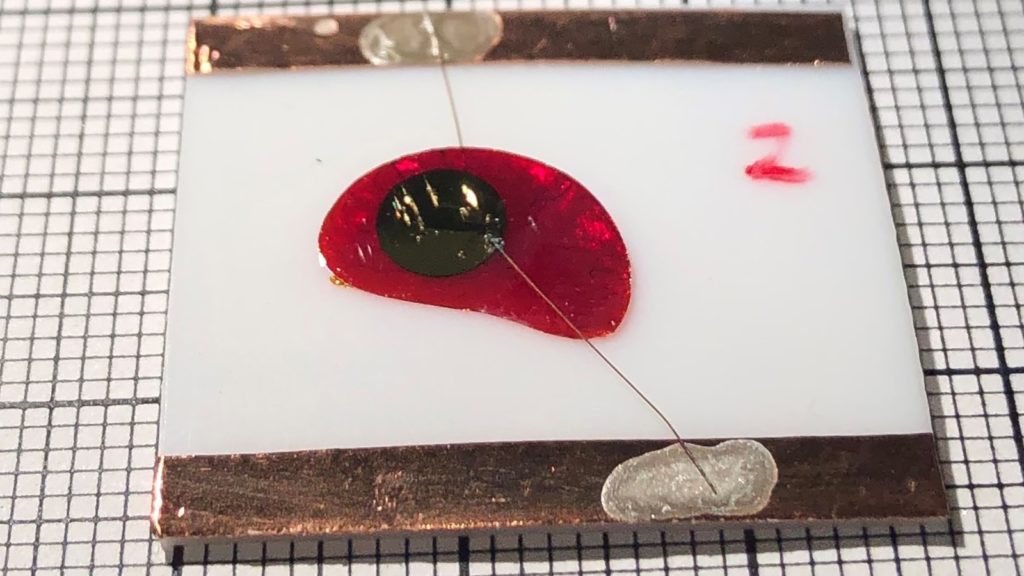 Whether you are trying to detect a possible radiation signature from a suspicious package or vehicle, or you are measuring power output in a nuclear reactor, being able to detect neutrons efficiently and precisely represents a significant challenge.

Most neutron detectors work based on one of two different technologies. Some, like those based on helium, are gas-filled. Others, like those based on lithium or boron, involve scintillators that take absorbed neutrons and emit light in response. In neither case are neutrons converted to electrical current and thus a directly readable signal.

In a new study from the U.S. Department of Energy’s (DOE) Argonne National Laboratory and Northwestern University, scientists have developed a new type of semiconductor neutron detector that boosts detection rates by reducing the number of steps involved in neutron capture and transduction.

“Our material shows that semiconductors that have been previously discounted can be promising if you have the right crystal.” — Mercouri Kanatzidis, Argonne materials scientist

This new material, called LiInP2Se6, converts neutrons into pairs of charged electrons and holes. When a voltage is applied to the material, the electron-hole pairs separate, and a current is generated.

“The true advantage of this semiconductor compared to other types of materials is that it is able to directly detect thermal neutrons,” said Argonne materials scientist Duck Young Chung, one of the authors of the study. “That improves the sensitivity of this detector because it doesn’t require an amplifier and a whole process.”

When neutrons are converted into charged particles in scintillators, many of them are lost in the process of generating a current and being detected. This is because the absorbent lithium atoms are dispersed in a relatively low concentration in these materials, requiring a thicker layer to absorb the neutrons. By contrast, the neutron absorbent part of the semiconductor is much more concentrated, reducing the loss of signal.

By contrast, semiconductor-based technologies have lower energy resolution than scintillators in general, representing a higher sensitivity to the absorbed neutrons. “Instead of having a multiple step process in which you lose a lot of your particles, you now have much higher sensitivity,” Chung said.

Northwestern graduate student Daniel Chica and postdoctoral researcher Yihui He succeeded in producing crystals of high quality for 6Li-enriched LiInP2Se6, which they made into a simple device capable of thermal neutron detection when exposed to a weak source.

The sensitivity of the detector registers as a higher and narrower peak reading of a characteristic energy signature associated with the neutrons being detected. It is for this reason that another advantage of the semiconductor material could lie in its ability to do what researchers call “neutron forensics.”

“Essentially, by knowing the energy of the neutrons you are detecting, you can determine exactly what isotope produced them,” said Argonne materials scientist and Northwestern University professor Mercouri Kanatzidis.

According to Kanatzidis, this study could lead to a renaissance of interest in semiconductor technology for neutron detection. “The idea for this has existed, but no one has found the right material to demonstrate it; other materials were plagued by materials issues that caused people to give up because they could not attain the proper performance,” he said. “Here our material shows that semiconductors that have been previously discounted can be promising if you have the right crystal.”

The research was funded by an Argonne Laboratory-Directed Research and Development grant as well as the National Science Foundation.