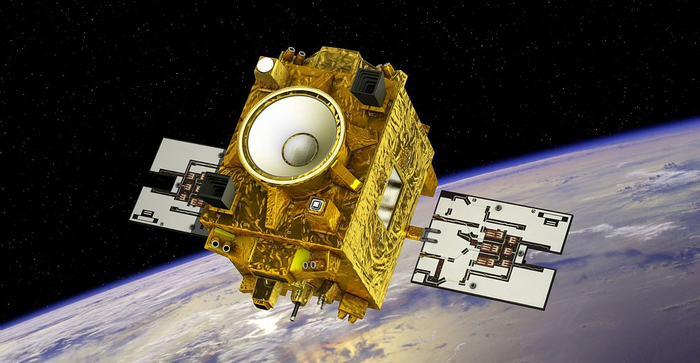 The result, announced this week by a team led by the French space agency CNES, is a triumph for Einstein’s general relativity. However, it also potentially rules out some candidate universal theories of physics.

General relativity is the best theory of gravity – positing that instead of being a ‘pulling’ force, the action of gravity is caused by large bodies like planets bending spacetime, curving the paths of smaller objects towards them.

However, this is not compatible with scientists’ best theory of the subatomic world: quantum mechanics. Physicists have long sought a universal theory that ties them together. A number of these candidate theories predict that the equivalence principle would break down when measured very precisely – but MICROSCOPE has shown this is extremely unlikely to be the case.

The equivalence principle says that, when two objects are dropped in a vacuum under the same force of gravity, they fall at the same rate, no matter their weight or composition. This principle was demonstrated by Apollo 15 astronaut David Scott, who dropped a hammer and a feather on the Moon and showed them both reaching the ground at the same time.

However, dropping household objects on the lunar surface does not allow very precise measurements – it could be that they reach the ground fractions of a second apart.

MICROSCOPE (MICROSatellite with Compensated drag for the Observation of the Principle of Equivalence) contains two pairs of ‘test masses’: blocks of platinum and titanium of different weights with very precisely measured properties. These masses are isolated from any other influence, such as temperature or atmospheric friction, and are monitored as they freefall in space while orbiting the Earth.

These measurements were taken over 1642 orbits around the Earth, or for 73 million km, equivalent to half the Earth-Sun distance. MICROSCOPE was launched in 2016 and deactivated in 2018, but researchers have been analysing the measurements ever since.

Their result, published in Physical Review Letters and Classical and Quantum Gravity, showed that if any deviation in the acceleration of the test masses exists, it is less than 1 part in 1015 – or less than tenth of a trillionth of a percent.

Professor Timothy Sumner, from the Department of Physics at Imperial College London and MICROSCOPE Science Working Team member, said: “I remember learning at school about Galileo dropping masses from the leaning tower of Pisa in the seventeenth century, and I watched the hammer and feather experiment in 1971 during one of the moon landings. The result of this seemingly simple experiment hides a subtlety which has bemused scientists for centuries and which led Einstein to ‘adopt’ the universality of free-fall as a basic cornerstone of general relativity.

“MICROSCOPE has pioneered this type of experiment in the quiet space environment and has shown that two masses dropped in orbit around the Earth are still together to within 100 millionths of a metre after ‘falling’ for 73 billion metres, thus showing that the cornerstone still has no visible cracks.”