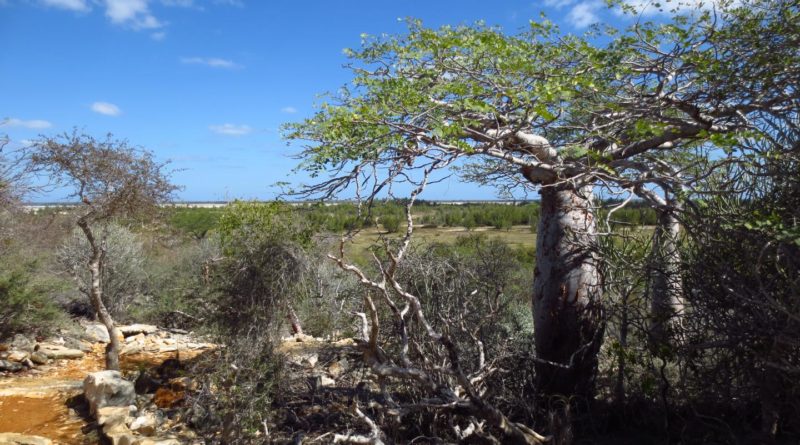 In the context of progressing towards new targets for a post-2020 Global Biodiversity Framework, the debate remains on whether the emphasis should be on protected area coverage or protected area effectiveness. “It is worrying that we still know so little about how effective protected areas are, especially in relation to management inputs” says Dr. Johanna Eklund from the University of Helsinki.

A recent study she led compared common indicators of Protected Area Management Effectiveness, used by for example the Global Environmental Facility, WWF and other conservation actors, to satellite-based estimates of reduced deforestation in Madagascar. The international team found that overall protected areas were reducing deforestation within their borders, although variation in effectiveness existed, highlighting also clear needs for improvements. The variation, however, was not explained by management input assessments conducted following common global protocols and widely used by funders and non-governmental organizations.

“Self-reports of management effectiveness were generally good, with rather small differences between areas. Such lack of resolution may hinder the use of management-effectiveness indicators when identifying priorities for management investments at national level” says Dr Mar Cabeza from the University of Helsinki and co-author of the new study.

Nonetheless, the results, which were recently published in the scientific journal

, also carry some good news: approximately half of the protected areas studied showed no deforestation at all inside their borders, and only three of the areas showed very high levels of deforestation. What is more, they also showed that 29 out of the 36 studied PAs had an impact in mitigating deforestation within their borders, i.e. without protecting these areas, the situation would have been much gloomier.

“It is inspiring to be able to report that conservation actions matter”, says Dr Eklund. “Too much doom and gloom can passivate even the most enthusiastic of us; leading to despair and the feeling that both climate change and biodiversity loss are lost causes.”

Tropical forests are of utmost importance for both biodiversity and climate change mitigation, yet under increased pressures to clear land for agriculture and production. One of the most widely used policy tools currently available to avert habitat loss and deforestation is the establishment of protected areas. However, previous research has highlighted that many protected areas are so-called paper parks, i.e. established on paper but lacking active management to ensure they have the capacity to mitigate threats.

This is why it is important to investigate how protected areas perform after they have been established. Why do some protected areas seem to be effective in avoiding high pressures of logging, whereas others cannot mitigate them?

To find out the impact a conservation intervention or programme has had, there is a need to evaluate the outcomes compared to what the situation would have been had the intervention not taken place. “A bit similar as in medical science”, says Dr Eklund, “where the effect of a pill or treatment is evaluated against a control group. The challenge in conservation science is that we often lack a suitable baseline to compare to; many protected areas have been established a long time ago and in areas of lower pressures, in order to avoid land conflicts in more productive landscapes. This needs to be accounted for in studies evaluating conservation effect.”


Does management matter and how?

The team compiled unique data on management inputs and how this changed over time. They had access to information on how adequate levels of personnel and funding had been, how well different monitoring and enforcement strategies had been implemented, and how the collaboration with local communities and other stakeholders had developed. Surprisingly enough though, protected areas with higher management scores did not perform better in terms of avoiding deforestation. The assessment was only able to capture an extreme case where poor management was linked to a protected area showing increased deforestation, that is, even higher levels of deforestation than predicted. The authors suggest that one explanation for the general lack of correlation may be that management levels of the PAs in Madagascar were already at basic to sound levels and located in areas with low rates of forest loss, and therefore this set of PAs provides little variation with which to explore the effect of different levels of management. Moreover, previous

have shown that local managers identify weak governance at the national level as an obstacle for effective management, suggesting the broader sociopolitical context might matter more than local management.

The results have policy implications both for Madagascar and internationally. The local conservation sector in Madagascar can use the results to prioritize key areas for development and target limited conservation resources to areas where they might make the biggest difference. The results are also of relevance for the post-2020 targets of the Convention on Biological Diversity. Dr Eklund hopes that different measures of effectiveness, not merely an increase in protected area coverage, would be better incorporated into the wording of the new targets. “Continued efforts to carry out quantitative impact evaluations of protected area effectiveness, and collection of management effectiveness data, are needed, as our study shows that they can complement each other in displaying different facets of how PAs perform”, concludes Dr Eklund.

published by Wiley Periodicals, Inc. on behalf of Society for Conservation Biology.

This part of information is sourced from https://www.eurekalert.org/pub_releases/2019-08/uoh-seo082719.php