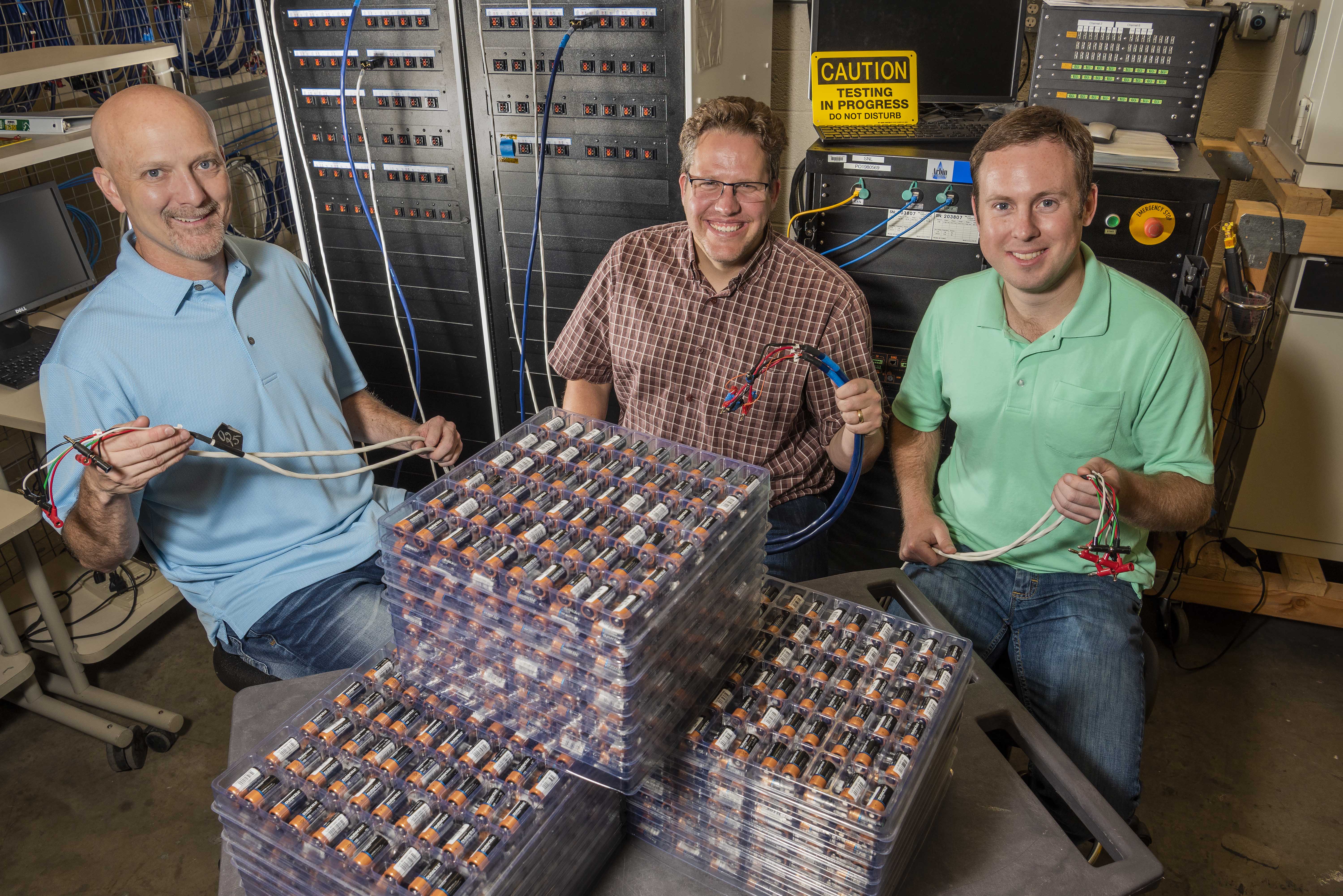 For 25 years, ESTT has promoted the creation of innovative small businesses by allowing staff to leave the labs with a guaranteed job waiting if they return within two years. Spinoff tech companies such as AMPS create high-paying jobs that help stimulate local economies.

ESTT has helped 162 employees bring business ideas into their respective communities since its inception. Of those, 74 started new companies and 88 expanded companies, primarily in New Mexico. Historically, 67% of Sandia participants chose not to return to Sandia. The average salary of jobs recently created is $106,000.

“Many successful companies have their origins at Sandia, and each one exemplifies the entrepreneurial spirit found here. We’re proud to see our former colleagues continuing to better society from the private sector,” said Jackie Kerby Moore, Sandia’s manager of technology and economic development. “And in the case of AMPS, they continue to support Sandia’s national security mission.”

Sandia’s entrepreneurial program offers employees meetings with Sandia licensing, legal and technical experts, as well as the local business community. Because Beck and Branson anticipated they would be bidding for contracts from people they personally knew, these meetings helped them establish practices and policies to protect the company from potentially disqualifying conflicts of interest.

Although no policy restricts Sandia employees from leaving their jobs to start up their own businesses, doing so under the auspices of ESTT gives employees a valuable safety net, encouraging them to pursue sometimes risky ventures with the knowledge that they can return. The program also facilitates licensing when employees want to use Sandia technology outside the labs.

Because they bring freshly honed business skills that strengthen Sandia, entrepreneurs who return are gladly welcomed back.

AMPS is now a Sandia supplier, and like other suppliers has found a niche in national security work by developing specialized, highly detailed documentation, much to the delight of Sandia’s Brian Perdue.

Perdue, a power source engineer, has an unusual appreciation for paperwork. He revels in reports, valuing the record of how a part was built as much as the part itself. To him, a good paper trail is how he determines the quality of a part and is instrumental in uncovering the source of a problem should one arise. That information, he says, means everything when working in national security, where margins for error are incredibly slim.

Sandia’s primary mission is ensuring the U.S. nuclear arsenal is safe, secure, and reliable and the nation’s nuclear weapons must always work when commanded by the U.S. president and never detonate otherwise.

“It’s as if Sandia built a car. We would need to know we could park it for up to 30 years and that it will run perfectly when we turn the ignition,” said Perdue, who has collaborated with AMPS on multiple projects.

When a vendor like AMPS is hired, for example, to solder together common AA batteries into a single battery pack, Sandia requires extensive paperwork to document exactly how they did it and the materials used, which might detail everything from the weights of the batteries down to the name of the mine that produced the metals in the solder.

AMPS vice president and chief technology officer Branson says his company has tested thousands of commercial batteries for barely-perceptible variations, so they can report their products are built precisely to Sandia design specifications

These details might seem excessive, but the slightest variations in processes or materials — the kinds one might see from one source to another — are enough to make a part fail Sandia’s rigid requirements, says Perdue.